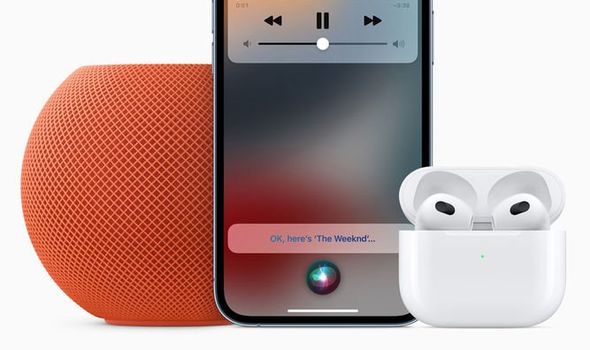 Apple is taking on rivals such as Spotify and Amazon Prime Music with the launch of a much cheaper way to stream songs, albums and playlists. Right now, most music subscription plans costs around £10 per month which offers users unlimited access to millions of songs.

But, if that sounds like too much to fork out each month then the US technology giant is about to offer an option that’s half that price.

Called the “Apple Music Voice Plan” this latest service lets users access the same catalogue of 90 million songs but only if they are happy to listen via Siri.

Yes, instead of tapping on the screen, this update is all powered by voice commands meaning you’ll have to ask your iPhone to play a song or listen to a favourite album.

“Apple Music and Siri are natural partners and already work seamlessly together,” said Oliver Schusser, Apple’s vice president of Apple Music and Beats. “With Siri actively used on hundreds of millions of devices worldwide, we are thrilled to add this new plan that delivers an effortless music experience just by using your voice and makes Apple Music accessible to even more people around the world.”

Along with asking to play certain tracks, the Apple Music Voice Plan also offers curated playlist which can all be accessed via Siri commands.

Subscribers can ask Siri to “Play the dinner party playlist,” “Play something chill,” or even “Play more like this.”

If it sounds perfect for your needs then Apple says it will be available soon in 17 countries including the UK.

It’s not just that new music plan that Apple has announced with the firm also revealing some updated AirPods that now feature improved audio, a refreshed and more compact design plus longer battery life with users now getting six hours of playback on a single charge.

There’s also faster charging, compatibility with the iPhone’s MagSafe connection and they are fully water-resistant so should survive a trip to the gym.