Home » Technology » WhatsApp dark mode: How to get the stunning new look on your phone before release date 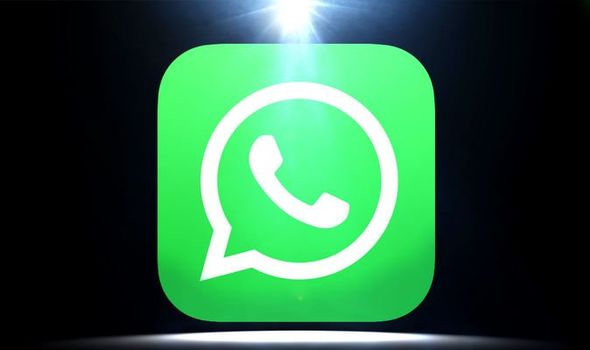 Tired of waiting for WhatsApp to update its app with dark mode? Yeah, us too. Despite the first clues the Facebook-owned app was looking into bringing the hugely-popular gloomy design to its messenger surfacing more than 18-months ago, we’re still none the wiser about a final release date.

There have been a number of clues that a launch could be coming soon. Most recently, the ability to switch to dark mode popped-up in early beta versions on iOS and Android.

Rumours of seven possible shades, ranging from a slightly dingier version of the current chat app design, through to the kinds of pitch-blacks needed to boost battery life on devices with OLED displays could explain why it has been such an arduous road. Thankfully, you needn’t wait any longer.

There are lots of reasons to want to do this. Following the introduction of system-wide dark modes in Android 10 and iOS last summer, a truckload of the most popular apps issued updates to support the new look.

For those who don’t know, dark mode switches all of the parts of the user interface which are typically bright white to darker shades of grey, or black. This makes staring at your smartphone late at night a little easier on the eyes, but also helps to boost battery. For some, the aesthetics just look better. 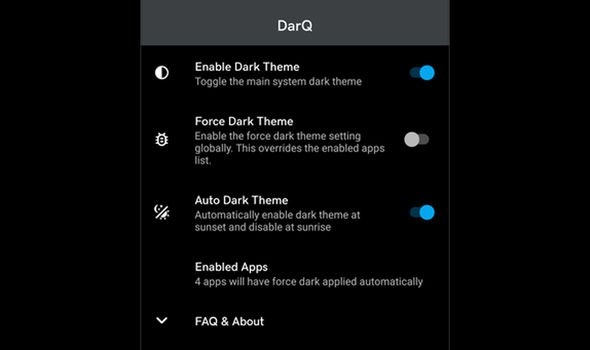 Until now, it has only been possible to force an app to display in dark mode if you rooted your Android phone. However, there is now a free app that will make a number of popular apps a little gloomier without the need to jailbreak.

For those who don’t feel comfortable jailbreaking, don’t want to take the risks, or simply don’t know how… this is phenomenal news.

Dubbed DarkQ, the new app is available to download from XDA Labs and works with most third-party apps without a dedicated dark mode, as well as some first-party applications on your device – like the Play Store itself.

You can find instructions on how to install DarkQ and give it the privileges it needs to be able to make the emo-inspired changes to your favourite apps. It’s worth pointing out that this is a bit of a project and the faint-hearted might want to give this a miss and simply wait for WhatsApp to enable dark mode in a normal over-the-air update from the Play Store.

Forced dark modes don’t always look the best, either. While some results are pretty convincing, that’s not always the case. Still, if you’re desperate to chat with your friends and family at night without the glaringly harsh shades of white (not to mention the luminous greens) currently found across WhatsApp, this could be a pretty good solution.

Gucci is Collaborating With The North Face