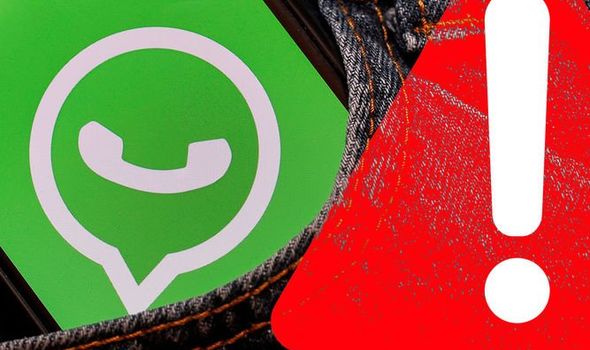 If you’re trying and failing to send a message on WhatsApp tonight you are not alone. The popular chat service has been hit by some serious gremlins which have left hundreds of thousands of fans offline and unable to connect with family and friends. The problems began at around 5pm BST this evening and there are still plenty of people who can’t use the service hours later.

When trying to post a message – or send something hilarious in a group chat – most users are currently seeing an alert that simply says “connecting” along with a spinning circle.

WhatsApp hasn’t given much info on what’s causing the problems with the Facebook-owned company simply asking for “patience” and saying, “We’re aware that some people are experiencing issues with WhatsApp at the moment. We’re working to get things back to normal and will send an update here as soon as possible.”

However, with so many users struggling, WhatsApp has begun to reply to some people who have posted messages on Twitter wondering if their Android, iPhone or internet connections were to blame for the problems.

Speaking on Twitter, WhatsApp’s official account said, “It’s not you, it’s us.” The team has also confirmed that it is, “working on a fix asap” although there’s currently no time on when things will be back up and running smoothly.

In the past, WhatsApp has been pretty quick to fix outages – like the one that’s taken things offline tonight – so expect more information soon.

This latest outage has not just hit WhatsApp fans with Instagram, Facebook and Facebook Messenger also offline tonight. It’s unclear exactly what has caused the problems with the firm’s servers but it’s clearly a serious glitch that’s taking some time to get sorted.