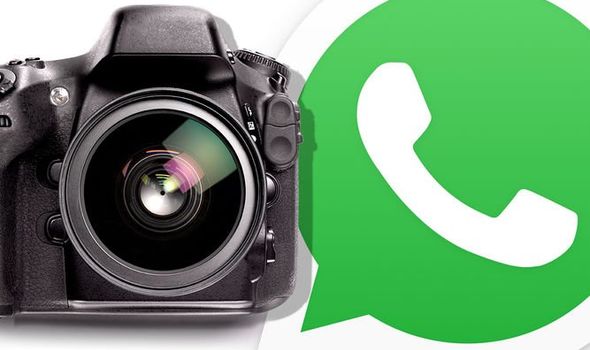 WhatsApp could soon follow in the footsteps of Snapchat with a feature that allows users to send photos that then automatically self destruct. The update would let a user send an image to a friend or contact with the content then being removed the minute the chat is closed. Snapchat has offered this functionality for a number of years with any content sent via the popular service instantly disappearing for good after a set amount of time.

This new update was spotted by the eagle-eyed team at WABetainfo who have also posted images of how it would look once released on devices. In a post on social media, WABetainfo said: “WhatsApp is working on self-destructing photos in a future update for iOS and Android.”

The team also confirmed that any image sent via this option cannot be exported from WhatsApp meaning photos will vanish forever and can’t be saved by the recipient.

It’s unclear when this update will be pushed out to users but it could cause some controversy especially as WhatsApp is yet to mention how it will deal with people taking screenshots of the content.

Snapchat currently alerts senders if an image is screen grabbed but it’s unclear if WhatsApp is planning anything similar.

We’ll have to wait and see how WhatsApp address this when it announces a full release of the feature in the future.

It’s worth noting that this is just a beta test at the minute there’s no word on when or even if WhatsApp will release it to the public.

Although self-destructing messages are still in the test phase, WhatsApp has announced something new that all users can try today.

The chat has just confirmed that it’s bringing voice and video calls to its desktop app. That means Windows 10 and Apple Mac users can now phone a friend for free anywhere in the world without needing to reach for their smartphone.

WhatsApp says to make desktop calling more useful, it has made sure it works seamlessly for both portrait and landscape orientation, appears in a resizable standalone window on your computer screen, and is set to be always on top so you never lose your video chats in a browser tab or stack of open windows.

In a post on its blog, WhatsApp said: “Throughout the last year we’ve seen significant increases in people calling one another on WhatsApp, often for long conversations.

“Last New Year’s Eve, we broke the record for the most calls ever made in a single day with 1.4 billion voice and video calls. With so many people still apart from their loved ones, and adjusting to new ways of working, we want conversations on WhatsApp to feel as close to in-person as possible, regardless of where you are in the world or the tech you’re using.

“We hope people enjoy private and secure desktop calling with their friends and families.”

When is Children in Need Rocks 2018, where is it and who will be performing?

The Almond And The Seahorse: First-Look Image Of Rebel Wilson & Celyn Jones