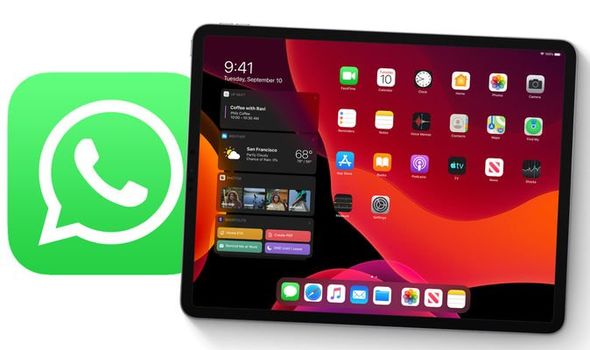 WhatsApp is poised to fix one of the biggest hurdles standing in the way of an official iPad app. According to @WABetaInfo, a prolific Twitter account that scours through the latest beta versions of the messaging app to unearth new features still in development by the team in California, WhatsApp is working to let you use your account on multiple devices at the same time.

Until now, WhatsApp has only ever allowed users to be signed in to one device at a time. That’s because your account is tied to your mobile phone number. So, for example, when you upgrade your smartphone and sign into the new device, you will immediately be signed out of your old handset.

This is the reason that WhatsApp is not currently available on iPad or other tablets.

Although there is an application for macOS, this is merely a wrapper for the WhatsApp Web interface, which requires your smartphone to be connected to the same Wi-Fi network as it still uses the device to send and receive text messages. You’ll need to scan a QR code to link your WhatsApp app to the online interface, which is compatible with Chrome, Safari, Microsoft Edge and a number of other popular web browsers.

It’s important to remember that the feature is currently in the development phase. So, the Facebook-owned app, which has seen a surge in popularity following the strict lockdown measures enforced in the UK, United States and a number of European countries, might not launch the feature for a few months.

And this isn’t the only new feature being worked on by the messaging app.

The messaging firm is working towards introducing self-destructing messages for individual chats and group messages. Although you can currently delete messages that has already been sent, this new feature will make the process automated – so you can leave the app safe in the knowledge that your text message will delete itself automatically after a pre-determined time.

Based on the code unearthed by @WABetaInfo, self-destructing texts will be branded “Expiring Messages” in the app.

Most valuable vinyl records in the UK last year – do you have one worth £2,000 in your collection?

90 Day Fiance’s Larissa Has a New Boyfriend: ‘He Is Like a Dream’