Home » Technology » WhatsApp is working on two big upgrades for Android and iPhone: here’s what is new 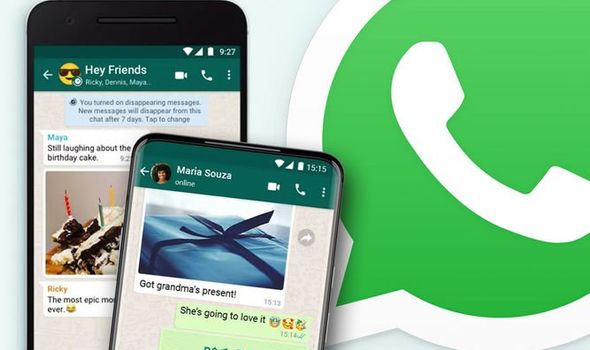 WhatsApp is hard at work making its hugely-popular app even better. Over the past few weeks, we’ve seen the launch of disappearing messages which, as the name suggests, makes text messages self-destruct after a week, coupled with the introduction of a new storage setting designed to allow users to quickly find and remove content filling up their precious memory.

And now, it seems WhatsApp is working on two more updates – one aimed at Android users, and another designed for those with an iPhone.

As spotted by the team at WABetainfo it appears that there will be a total of 32 bright wallpapers and another 29 designed for dark mode. It seems you’ll even be able to set unique background patterns for different chats and adjust exactly how they look to suit your tastes.

This upgrade is currently in the beta phase of testing but a launch could come soon.

Next up, there’s a big change for iPhone users with WABetainfo also spotting a new feature called “Read Later”. This option looks set to replace the Archived Chats function and includes one big improvement.

Once a chat is set to “Read Later” it will instantly be hidden from view and you’ll no longer get endless notifications appearing on your screen. However, the minute you open the chat, all of the messages that have been sent in the time you last checked it will be visible.

This “Read Later” function is currently being tested on iOS but it seems likely that Android users could also see it arriving on their devices in the future.

Sadly, one upgrade that continues to remain a mystery is the option to use WhatsApp on multiple devices. Over the past month, there’s been plenty of chatter about the launch of something called Linked Devices.

This update will allow WhatsApp’s two billion users to add more than one device to their accounts meaning they can chat from a PC, smartphone and tablet without any fuss.

Currently, the only way to do this is via WhatsApp Web but this service requires the primary smartphone that’s used for the account to be powered up and connected to the web.

The new update would end all that with up to four devices all having unique access to chats simultaneously. WhatsApp is thought to be in the test phase of this must-have feature but there’s currently no word on an official launch date.

Woman moved back in with 'covert narcissist' husband during lockdown

Is Virgin Media still down? Here's how to check the status in your area and when it should be fixed