Home » Technology » WhatsApp may soon stop working on these iPhones – are you affected by latest block? 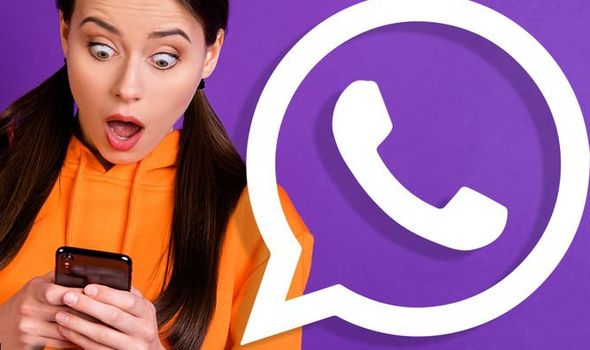 A number of WhatsApp users could soon find themselves blocked from using the chat app – and this time it has nothing to do with agreeing to the firm’s new terms and conditions. According to new reports, WhatsApp is planning to ditch older iPhone models with a future update to the iOS app. This could leave WhatsApp users with older smartphones blocked from chatting with friends and family.

News of the forthcoming block comes courtesy of the reliable team at @WABetainfo, which tracks as-yet-unannounced changes using upcoming test versions of the app. The team has spotted that the latest beta version of WhatsApp is no longer compatible with iOS 9. That means any device that isn’t able to upgrade to iOS 10 or newer could face being blocked.

Now, this won’t be an issue for anyone who bought an iPhone within the last three or four years as they are all capable to run iOS 14 – the latest operating system version developed by Apple.

However, for those that happen to have an iPhone 4s or older in their pocket then they may find that they’ll need to take a trip to the Apple store for an upgrade as it’s only iPhone 5 and older that are compatible with later versions of iOS.

Although this news has been posted online, WhatsApp’s status page still shows that its app is fully compatible with iOS 9 so it’s currently unclear exactly if or when this change will come into force.

When contacted for an official statement on the change, WhatsApp told Express.co.uk that it does not comment on rumours. However, it would not rule out the change spotted by @WABetaInfo as false.

WhatsApp has dropped support for older operating systems before, ditching previous versions of Android and BlackBerry devices entirely. Although this latest iOS change to WhatsApp would only affect a limited amount of users, what is coming soon will hit everyone.

WhatsApp is changing some of its terms and conditions and not accepting them will mean you won’t be able to use the app. This controversial update was initially planned to come into force back in January but after an outcry from users, WhatsApp pushed the changes back until May.

Explaining more about what will happen after the deadline, the chat app explained: “WhatsApp will not delete your account. However, you won’t have full functionality of WhatsApp until you accept. For a short time, you’ll be able to receive calls and notifications, but won’t be able to read or send messages from the app.”

Clearly, if you love all things WhatsApp it doesn’t appear that you have much choice other than to accept the new T&Cs. When WhatsApp first announced this update many were concerned that it would mean more data being shared with Facebook.

Luckily, that’s not the case with WhatsApp keen to stress this upcoming change does not enable Facebook to access any more data from your personal chats. In fact, it will only impact conversations with a business account – like a customer care line for an online brand, for example.

Even then, the data that can be accessed between these optional interactions with business accounts will not apply in the UK or mainland Europe, thanks to EU rules. So you shouldn’t have any concerns moving forward.

From Your Mouth to Your Screen, Transcribing Takes the Next Step

Kensington flat trashed after ‘mother and daughter’ held party for 250