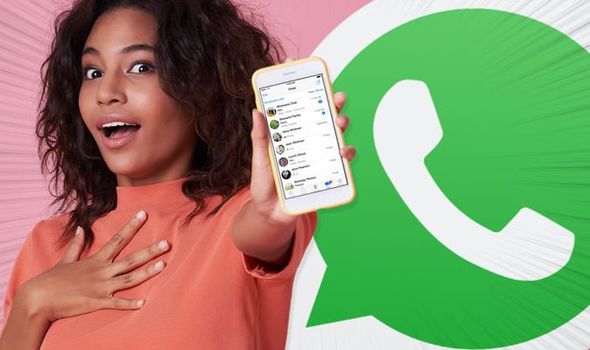 WhatsApp is cooking up a new feature that could make it a lot safer to send and receive risqué pictures and videos. The Facebook-owned company appears to be working on a new option that will allow chat app users to set a self-destruct timer for media send within the app.

Unfortunately, it seems WhatsApp won’t let users decide how long their recipients will be able to view the photos or videos. Instead, the messages will automatically vanish when the recipient leaves the chat – maybe to answer a message in another conversation, or check another app on their smartphone. Upon returning to WhatsApp, the picture and video will have vanished. How WhatsApp plans to stop chat app users from taking screenshots, or saving the image to the camera roll stored on their phone, is not yet known.

Screenshots of the feature, which is still being developed within the company and isn’t available to test on your iPhone or Android smartphone quite yet, were unearthed by the clever team at @WABetaInfo. This popular social media account trawls through the latest beta versions of the chat app to discover new in-progress features being developed by WhatsApp.

Although not all of the trials discovered with the beta versions of WhatsApp make it into the finalised app updates rolled out to the two billion users worldwide who use WhatsApp each month – a surprising number of the leaks prove to be accurate. So, it seems pretty likely that we’ll see these vanishing images and videos make their way into future iOS and Android versions of the app. 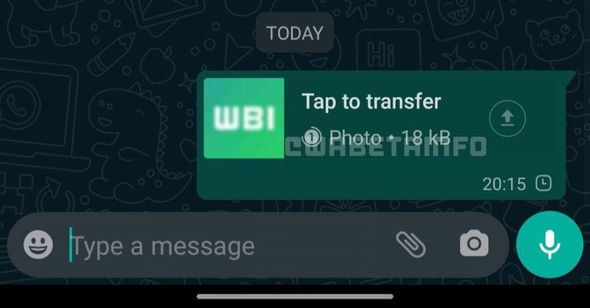 That makes a certain amount of sense. After all, Snapchat has gained huge traction with users worldwide thanks to – amongst other things – its ephemeral messaging. Pictures, videos and text sent within the app vanish when the recipient leaves the chat. Images and videos can also be sent with a timer.

Worst still, screenshots taken within Snapchat will send a warning to the sender to let them know that the other person in the chat has tried to make some of the content more permanent. Despite the frenzied panic from some parent groups, Snapchat isn’t solely used for younger smartphone owners to send naked photos to one another without getting caught.

Instead, it’s popularity is more likely a reaction to the ever-expanding catalogue of holiday photos, saccharine status updates about anniversaries and birthdays, not to mention the inspirational quotes layered onto stock images of beaches shared by their parents and extended family which are permanently available to view on Facebook and other social media sites. In stark contrast, Snapchat lets users send pictures of their gurning faces and dinner – without a permanent record being available for every schoolfriend, colleague and friend of the family to trawl through months later at their leisure.

Features like Stories – collections of photos, videos, messages and more available to view for a limited 24-hour period – started on Snapchat, as well as interactive features like filters, lenses and Bitmoji. These have seen been copied by the likes of Instagram, which, like WhatsApp, is owned by Facebook, in an attempt to replicate some of the success.

Snapchat is more popular than Facebook with the 18-24 year-old demographic. If Facebook can’t find a way to tempt these users back to its app portfolio soon, the Californian social network will find itself with an ageing userbase – not ideal when it comes to keeping your apps relevant and ludicrously profitable.

It’s possible that, like bringing Stories to WhatsApp, Instagram and Facebook, the self-destructing photos and videos purportedly in the works for WhatsApp are the latest attempt to tempt a younger audience away from Snapchat, which famously rejected Facebook co-founder Mark Zuckerberg’s $3 billion acquisition bid back in 2013. And rejected his attempt to buy the company again three years later before Snapchat went public.