Home » Technology » Who will become the first casualty of the streaming war?

With Disney and Apple jostling for a place on our screens, how many streaming services will Aussies pay for before deciding we have more than enough?

It wasn't that long ago when Australians complained we were sick of paying north of $100 per month so we could watch everything on Foxtel. We imagined the arrival of Netflix would open up a world of entertainment, on the mistaken assumption the streaming giant offered practically everything you'd ever want to watch for a few bucks a month. 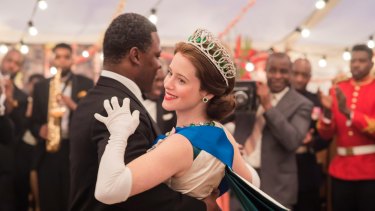 Some watchers may be more enticed by The Crown than Disney’s family films, but that doesn’t mean Netflix will reign forever.Credit:Alex Bailey / Netflix

That said, Netflix's latest price hike means you're paying $20 per month to watch in Ultra HD. Most rivals don't charge extra for Ultra HD, except Stan which wants $17, and for that kind of money you can sign up for several rivals. Alternatively the rise of Disney+ and Apple TV+ could see Netflix remain at the top but push Stan further down the pecking order, bumping it out of many lounge rooms as viewers decide they need to draw the line somewhere.

Don't assume it will be smooth sailing for Apple and Disney. Apple's library is so small that some people will struggle to find more than one show worth watching, as it lacks a healthy back catalogue to keep people entertained while they await new releases.

Meanwhile Disney's library looks impressive at first glance, with flagship content from the likes of Marvel, Star Wars and Pixar that's backed by classics like The Simpsons.

Once you scratch the surface you start to question whether the Disney library has staying power, as half of its movie library is more than 30 years old and some of it hasn't aged well.

Unless you're keen to revisit cheesy classics like 1969's The Love Bug, Disney's service might start to wear thin. You can see families signing up over the holidays and then pulling the plug once their kids go back to school.

This is where Disney and Apple's return to the traditional "tune in again next week" schedule might work in their favour, rather than dropping an entire season at once like Netflix.

As we saw with HBO's Game of Thrones, drip-feeding us episodes helps drive weekly water cooler conversations and build momentum. This puts peer pressure on people to maintain their subscription and watch week by week, rather than signing up for one month and bingeing the lot.

With the best movies and TV shows now spread far and wide, piracy also starts to rear its ugly head. Rather than pay for yet another streaming service just to watch one show, some Aussies will feel justified in turning to the BitTorrent channel, unlikely to be hampered by the government's laughable piracy blocking efforts.

Along with file sharing, we'll also see a rise in account sharing; common amongst Foxtel subscribers. Your monthly bill looks less daunting if you subscribe to Netflix, your brother subscribes to Disney+ and your sister to Stan; sharing the logins among the family and including your parents so they can still get their fix of The Crown.

Of course now you're locked in as customers, as everyone else is depending on you to keep up your end of the bargain.

Aussies are clearly happy to pay for more than one streaming video service but, as the bills stack up, it's clear that some of the streaming giants will struggle to stay in the picture.

The Most Stunning Rooms in Kylie Jenner's House