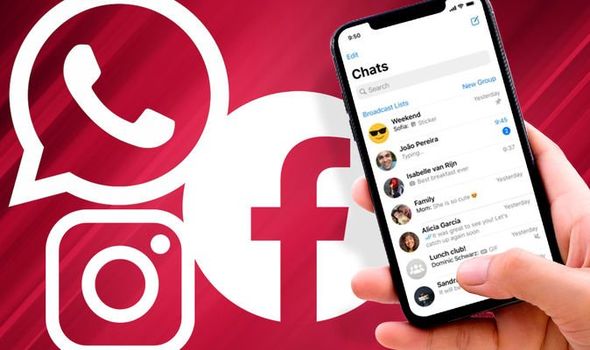 WhatsApp, Facebook and Instagram not working on your smartphone? It’s not just you. A colossal outage has caused issues for hundreds of millions of users across the globe. To hint at the sheer scale of this outage, WhatsApp alone boasts more than two billion users every month – crowning it as the most popular messaging platform on the planet. And WhatsApp, Instagram, Messenger and Facebook are all offline.

But what is behind the outage, which started around 4.50pm this afternoon? Facebook has acknowledged the problems, apologising to users. However, it has remained tight-lipped about the cause of the problems. Posting on Twitter – which is not owned by Facebook and therefore working as expected – the Californian social network shared: “We’re aware that some people are having trouble accessing our apps and products. We’re working to get things back to normal as quickly as possible, and we apologize for any inconvenience.”

Although nothing has been confirmed, a number of sources suggest that a DNS issue could be behind the global outage.

For those who don’t know, in a nutshell, a DNS is a phonebook for your gadget. The first thing that happens when you type a URL into your browsers’ address bar – like express.co.uk, for example – is that your device translates that text into an IP address that it understands, something like 192.168.1.1.

To translate the human-friendly web address in plain English into the computer-literate IP address, your machine uses a DNS. This acts like an enormous phonebook which tells your browser what IP address it needs to load to take you to the website you’re looking for.

According to some reports, Facebook’s DNS records were withdrawn from the global routing tables a few hours ago – triggering a huge outage. Facebook has yet to confirm whether a withdrawal of its DNS records led to the widespread problems with WhatsApp, Instagram, Facebook Messenger, and more. Previous problems with DNS providers, like Cloudflare, caused outages with a number of popular websites, from Amazon to Discord, Feedly, Shopify and League of Legends.

If the reports are accurate, Facebook withdrew its own DNS records, which would explain why only Facebook-owned platforms have been impacted by this outage. According to some reports, Facebook’s internal messaging apps – which are used by employees to communicate – are also not working. That has purportedly hampered teams’ efforts to coordinate a fix, which might explain why the problems have dragged on for so long compared to WhatsApp, Facebook and Instagram outages in the past.

According to one expert, “it’s going to be interesting to see how long it takes” for Facebook to restore its DNS records and restore its services, including WhatsApp and Messenger.

See the Hottest Hair and Makeup at the Oscars!

Conor Kennedy was ‘nervous’ when Taylor Swift real-estate stalked him

Pensioner, 77, who fought off cashpoint mugger ‘never had a fight in his life’