Home » Technology » Windows 10 free update: Do you REALLY have to pay to upgrade after Windows 7 End Of Life? 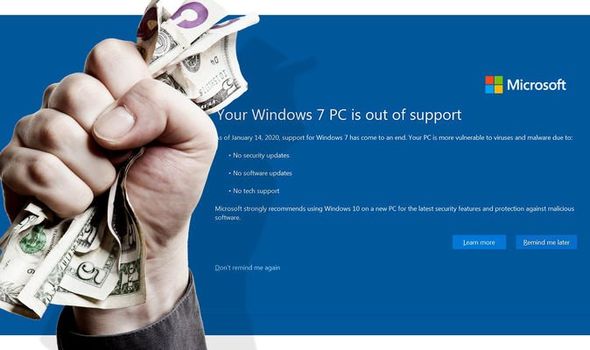 Well, it’s finally happened. After months of warnings, Microsoft has ended support for its hugely-popular Windows 7 operating system. Those who continue to use laptops and desktop computers powered by the software will be leaving themselves vulnerable to cyber attacks from hackers keen to capitalise on Microsoft turning its back.

According to the National Cyber Security Centre (NCSC), which is the public-facing arm of the GCHQ spy agency, there was a spike in attacks after Microsoft ended support for Windows XP back in 2014. The British security agency has warned users to avoid checking online banking or emails before they upgrade to Windows 10 – as they’re anticipating a similar increase in attacks in the coming weeks. Microsoft advises its users to upgrade their machines to Windows 10 to ensure their software is supported by the Redmond-based company and receives the latest updates, bugs fixes, and more. But that’s not a cheap decision to make.

First of all, it’s possible to stick with your tried-and-tested Windows 7 operating system (some third-party accessories or in-house software might not work with Windows 10 just yet) and still fend off the vicious new attacks from cybercriminals. To do that, Windows 7 Professional and Windows 7 Enterprise users will need to purchase the Extended Security Updates (ESU) to receive critical security updates for the next three years. ESU licenses start at $50 (£40) per machine for Professional and $25 (£19) for Enterprise users.

These costs double during the second year of support, and double again to $200 (£155) and $100 (£77) per PC for any users who want to continue into the third year of extra support.

Unless you’re running a small business, that’s not something you’re going to opt for. Instead, the best option for those who want to avoid malware and bugs on their home computer is to upgrade. To encourage users to upgrade to Windows 10 at launch, Microsoft allowed users to upgrade for free. The promotion, which started in July 2015, enabled anyone with a legitimate copy of Windows 7, 8 and 8.1 to validate a Windows 10 installation. However, Microsoft bought the promotion to an end on July 2016. 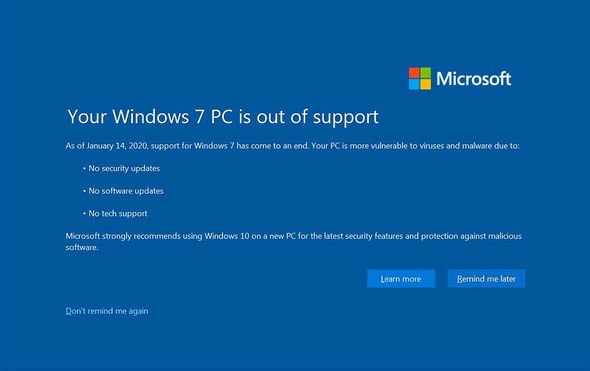 As such, those with Windows 7 machines could face a hefty bill to upgrade to Windows 10 – and we’re really not exaggerating when we say “hefty”.

Windows 10 Home edition costs £119.99 for a single license, which is valid for one PC. And that’s the cheapest available option. The price to upgrade your PC spirals to £219.99 for Windows 10 Pro and a jaw-dropping £339 for Windows 10 Pro for Workstations. If you’ve got children with their own laptops for schoolwork, or a few laptops or desktop computers at home, this could become a very expensive week. And a nice little earner for Microsoft.

On its advice on its Windows 7 support page, Microsoft says: “For most Windows 7 users, moving to a new device with Windows 10 will be the recommended path forward. Today’s PCs are faster, lightweight yet powerful, and more secure, with an average price that’s considerably less than that of the average PC eight years ago. We recommend that you don’t install Windows 10 on an older device, as some Windows 7 devices are not compatible with Windows 10 or could experience reduced feature availability.”

If you’re looking down the barrel of a few £219.99 licences to upgrade your existing hardware to Windows 10, there is definitely an argument to be made for upgrading to a new PC instead. As well as the latest operating system (and the continued support from Microsoft), you’ll also enjoy the benefits of newer silicon, display, and most importantly of all, battery life.

Thankfully, there is some hope for those who are still smarting from the massive Christmas present expense last month and don’t fancy shelling out for a new operating system… or laptop!

A vast number of readers have reached out to say that Microsoft’s upgrade tool – you know, the one that was supposed to have shuttered back in July 2016 – is still working. Unfortunately, we’ve yet been able to verify this claim, but if you have a valid license key for your current version of Windows 7, Windows 8 or Windows 8.1, it’s surely worth a shot?

It’s worth pointing out that a number of online sources also claim Microsoft is quietly enabling users with official builds of its older operating systems to make the transition to Windows 10 and therefore avoid the risks of using an operating system that’s no longer supported. In fact, someone who claims to be a Microsoft employee has posted on social news website Reddit to explain that this is by design – and Microsoft is completely aware that some users are using the loophole to avoid the £119.99 cost of upgrading to Windows 10.

Posting on a sub-Reddit dedicated to Computer System Administrators using the username Cokerobot, the alleged employee wrote: “Well, I guess the cat’s out of the bag… I work at Microsoft and have been since before the Windows 10 launch. That whole “free” upgrade for a year was fully marketing fluff.

“After the cut off happened, the direction given was that it requires a paid license HOWEVER, this was brought up by the brick and mortar stores that they were doing simple clock changes on customer devices during the upgrade challenge to get around it and then ultimately it was clear two years later that anything Windows 7 and up would go to 10 fully activated and still to this day.” 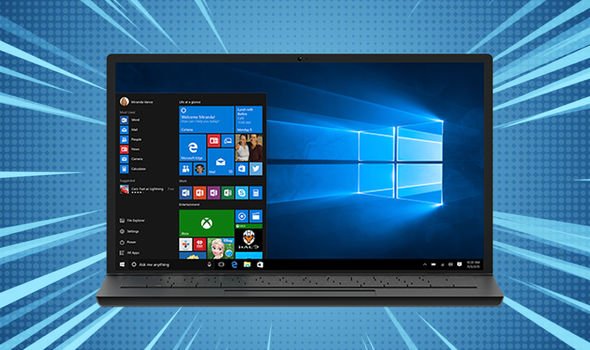 The Reddit user claims that Microsoft cares more about showing growth for Windows 10 than cashing-in revenue from consumers paying for the upgrade.

Cokerobot concludes: “At the end of the day, Microsoft had four years to close that loophole and never did […] You can’t sh*t on someone taking advantage of an activation workaround when you as the manufacturer never closed it.”

Microsoft has not acknowledged this advice. Instead, the Redmond-based company states that it’s free upgrade through the Get Windows 10 app ended on July 29, 2016. And that if you’re installing Windows 10 for the first time, you’ll need to enter a valid Windows 10 product key or buy a full version of Windows 10 during setup for this tool to work.

“You can purchase a full version of Windows 10 Home or Windows 10 Pro for your Windows 7 or Windows 8.1 PC. However, the best way to experience Windows 10 is on a new PC. Today’s computers are faster and more powerful and come with Windows 10 already installed,” it adds.

UK Economy Shrinking By 4 Percent 10 Years After Brexit, According To NIESR Report