Home » Windows 10: Microsoft wants to know EVERYTHING you’re doing, and this is the reason why 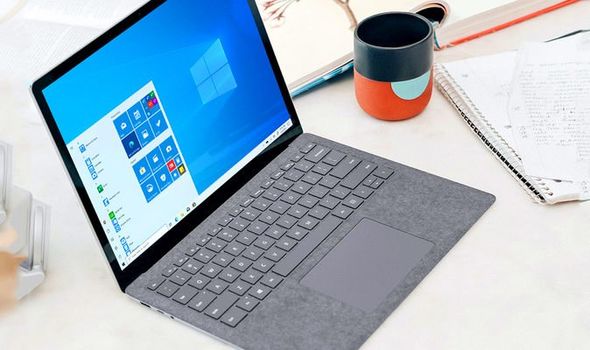 Microsoft wants its users to explain how they plan to use its hugely successful desktop operating system, Windows 10. The Redmond-based company is looking to introduce a new settings menu that will allow users to specify what they intend to do with their Windows 10 PC – enabling Microsoft to make some tweaks under the bonnet to improve performance. That’s according to new code unearthed by Windows 10 super-sleuth @thebookisclosed on Twitter, who published screenshots of the as-yet-unannounced feature.

While some will likely bristle at the idea of letting Microsoft know exactly what they plan to do with their new desktop, laptop or tablet two-in-one, there might be a good reason to keep Microsoft in the loop about what you’re up to. According to the leaked settings, Microsoft will push and pull a number of levers behind the scenes to tweak performance based on what you’re using your PC to do.

So, if you’re using Windows 10 to play some pretty graphics-intensive video games, Microsoft will ensure that you never lose a frame or have to crank down the graphics quality to keep playing. As well as performance tweaks, Microsoft is also expected to provide suggestions and tips based on your selection. So, if you tell Microsoft that you’re planning to use Windows 10 to track your expenses and run a small business, it might highlight new features in Office 365 that will be helpful. This will be handled through the preinstalled Microsoft Tips app.

Windows Insider Program Manager Brandon LeBlanc has confirmed that Tips will be used to provide suggestions of how to maximise Windows 10 based on what you’re trying to achieve with the software. 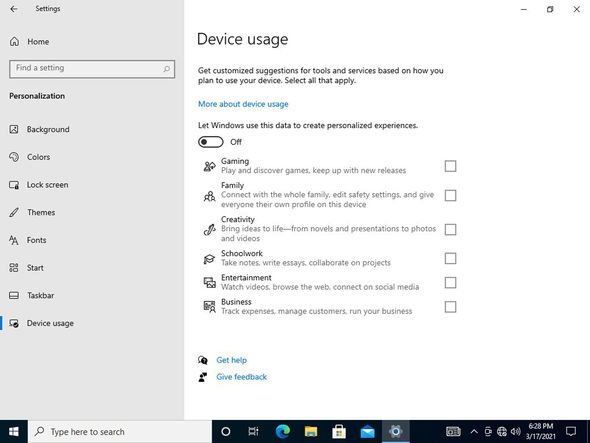 While the categories aren’t live yet, tipsters suggest that we’ll see the ability to let Microsoft know what you’re doing on your PC soon. As it stands, there are six categories. Here are Microsoft’s different uses for its operating system and a brief description of what it thinks these categories mean you’ll be doing day-to-day ~

Gaming
Play and discover games, keep up with new releases

Family
Connect with the whole family, edit safety settings, and give everyone their own profile on this device

The feature is currently buried in a beta test of Windows 10, although hopefully it’ll be finished in the coming months. Microsoft has a blockbuster update for Windows 10 scheduled for later this year, codenamed Sun Valley. It will bring a complete visual redesign for the desktop operating system – its first major lick of paint since its launch back in 2015. With any luck, this optimisation feature will be finished in time to make the cut for that upgrade, which is expected to land on PCs around October 2021.

Windows 10 shock: Microsoft’s antivirus tool can be used to download MALWARE to your PC

20 Instagram Captions For Royal Wedding Day Parties, Because Love Is In The Air

Eliminate Flashback and Face Shine With This Silky Setting Powder