Microsoft is no longer supporting Windows 7 with security updates, that means if you’re still rocking a PC with the 2009 operating system installed, you’ll be more susceptible to malware, bugs and viruses. Windows 10 is a much more secure operating system on the other hand with the American tech giant frequently updating the software with the latest patches to fight against any malicious code.

Explaining the potential repercussions for those still using Windows 7 past its EOL, Microsoft said: “After January 14, 2020, if your PC is running Windows 7, it will no longer receive security updates. Therefore, it’s important that you upgrade to a modern operating system such as Windows 10, which can provide the latest security updates to help keep you and your data safer.

“If you continue to use Windows 7 after support has ended, your PC will still work, but it will become more vulnerable to security risks and viruses. Your PC will continue to start and run, but you will no longer received software updates, including security updates, from Microsoft.”

Windows 10 is an incredibly capable operating system. In fact, Microsoft recently released the November 2019 Update for it that introduces a host of new functionality including the ability to search for cloud files in File Explorer and add alternative voice assistants to Cortana on the lock screen.

But of course, nothing is perfect. Windows 10 has a few frustrating issues that you’ll want to be aware of if you’ve just upgraded to the new operating system.

Here is Express.co.uk’s collated list of the most irritating Windows 10 features. 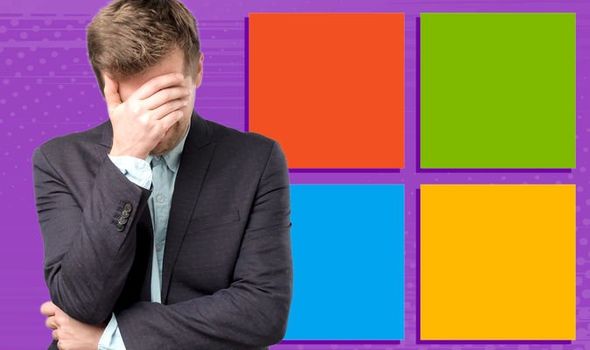 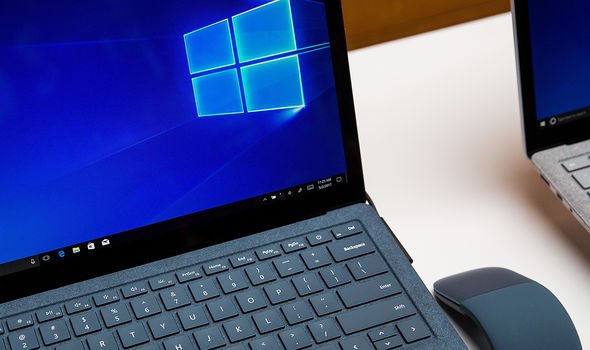 Whatever version of Windows 10 your PC is running won’t be its last. Microsoft makes sure you’re never running a version of the operating system that’s out of date, which means updates will be forced on your hardware.

Last year Microsoft started upgrading user PCs from the April 2018 Update to the May 2019 Update after the latter reached its end of support date. At the time the Redmond firm said it was doing it for the own good of user devices.

Discussing the process at the time, Microsoft said: “We are initiating the Windows 10 May 2019 Update for customers with devices that are at or nearing end of service and have not yet updated their device.

“Keeping these devices both supported and receiving monthly updates is critical to device security and ecosystem health.

“Our update rollout process takes into consideration the scale and complexity of the Windows 10 ecosystem, with the many hardware, software, and app configuration options users have, to provide a seamless update experience for all users.”

Of course, making sure your device is secure should be your top priority. But switching to a new operating system version certainly requires you to re-learn how to use a number of features, especially if Microsoft releases a Windows 10 update that introduces a number of substantial overhauls.

Plus, there’s also the chance a new operating system is riddled with bugs you don’t want to have to deal with. Fans have been extremely vocal about the problems that have plagued Windows 10’s File Explorer following the release of the November 2019 Update for instance.

It’s no secret that Windows 10 has frequently been plagued by bugs that, in some instances, hamstring or break the functionality of certain tools completely. Microsoft fans have claimed Windows Search has hogged CPU and disk usage for a while now for instance, and that’s only scheduled to be patched in the first substantial Windows 10 Update of 2020.

Then you have numerous other issues that have reared their heads following the release of more incremental Microsoft updates. Back in September Microsoft released an upgrade called KB4512941 the was supposed to fix a number of known issues in the May 2019 Update.

Instead the upgrade introduced two major problems that plagued some Windows 10 users. The first concerned Microsoft’s virtual assistant Cortana taking up abnormal amounts of CPU usage, reaching up to 90 percent in some reported cases.

The second effectively broke Windows 10’s Search bar – some fans noted when they attempted to find certain items they would be presented with a blank box without a single result whatsoever.

While it’s possible to uninstall newly downloaded Windows 10 updates, this is still an unnecessary hurdle users should have to go through.

Starting with the May 2019 Update, Microsoft introduced a new feature for Windows 10 called Reserved Storage that, as the name suggests, takes up a notable amount of memory.

In fact, at the time of the May 2019 Update’s release, Microsoft said it would reserve around 7GB of memory to make sure “critical OS functions always have access to disk space”.

Users are unable to disable the feature, so you’ll have to take it into account when upgrading your device, or upgrading from your Windows 7 machine.

Explaining its reasoning for the alteration, Microsoft noted: “Starting with the next major update we’re making a few changes to how Windows 10 manages disk space. Through reserved storage, some disk space will be set aside to be used by updates, apps, temporary files, and system caches.

“Our goal is to improve the day-to-day function of your PC by ensuring critical OS functions always have access to disk space. Without reserved storage, if a user almost fills up her or his storage, several Windows and application scenarios become unreliable.

“Windows and application scenarios may not work as expected if they need free space to function. With reserved storage, updates, apps, temporary files, and caches are less likely to take away from valuable free space and should continue to operate as expected.”

Is Kate Middleton Or Meghan Markle More Popular? The Results From A UK Poll May Surprise You