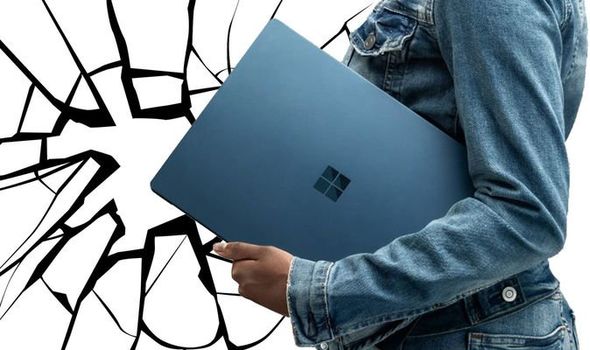 Windows 10 users have been put on red alert, and warned that upgrading to the Windows 11 OS could ‘damage’ their device. Earlier this week the highly anticipated Windows 11 update was launched, which brings with it the biggest upgrade to Microsoft’s iconic OS in years. The Windows 11 patch adds a brand new Start Menu, a completely redesigned visual look that touches all UI elements, Microsoft Teams integration, a better update process and much, much more.

Anyone running a Windows 10 device will be entitled to get the Windows 11 patch, but whether you can run it is another matter entirely. When Windows 11 was first announced back in June there was some user anger over the minimum specs – which were surprisingly high. At least an 8th gen Intel processor or AMD Ryzen 2000 chip is required, while devices also need to support TPM (Trusted Platform Module) 2.0 and Secure Boot – security features that are typically only found on newer devices.

Following the initial user outrage, Microsoft over the summer announced that they wouldn’t block older PCs from upgrading to Windows 11, with this possible by downloading an ISO file as opposed to going through the built-in Windows update menus found in the OS. However, older computers that went down this route wouldn’t be able to get security patches via the Windows update system in the future.

And now, following the release of Windows 11, Microsoft is warning that unsupported PCs that attempt to upgrade from Windows 10 to Windows 11 could end up suffering ‘damage’. As reported by Windows Latest, if you attempt to install Windows 11 on an unsupported PC you’ll have to sign an agreement acknowledging the associated risks of going down this route.

If you’re looking to purchase a Windows 11 PC or laptop then the official Microsoft website offers a one-stop shop to help you find a new device. The cheapest Windows 11 Ready laptop available on the Microsoft Store is under £200.

The Surface Go 3 is one of the devices available on the Microsoft Store that comes with Windows 11 pre-installed. The base model features a Intel Pentium 6500Y processor, 4GB of RAM and 64GB of storage.

The Surface Pro 8 is another laptop that’s available on the Microsoft Store with Windows 11 pre-installed. The device boasts Intel Core i5 processor, 8GB of RAM and a 128GB SSD.

Argos also has a dedicated Windows 11 section on its website, with over 100 laptops listed as being eligible for a free Windows 10 to Windows 11 upgrade.

John Lewis has a range of Windows 11 ready laptops available to buy from manufacturers such as Samsung, HP and Lenovo

Lenovo is one of the leading names when it comes to Windows-powered laptops. You can purchase the tech giant’s latest and greatest offerings – including the iconic ThinkPad laptops – from its official website.

The Dell website says “all new Dell PCs are upgrade-ready to Windows 11 when available”. Popular lines listed on the Dell website that will be eligible for the Windows 11 upgrade include the Alienware gaming computers and the premium XPS series.

Jennifer Aniston’s Facialist Compared This Mascara to Having Lash Extensions