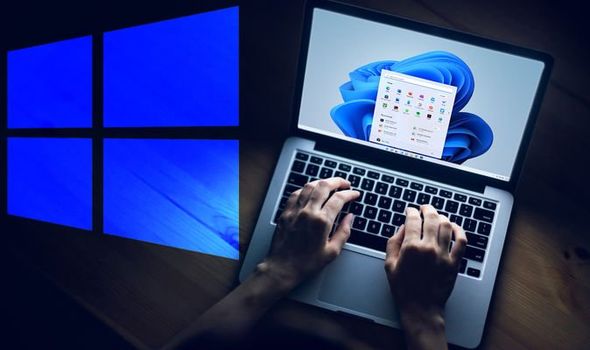 Switching between Light and Dark modes in Windows 11 will change more than just the shade of the windows on-screen. Dark mode is a pretty standard feature across all operating systems – from iPhone and Mac, to Android and Chrome. With Windows 11, Microsoft is taking the opportunity to rethink what else could be added to this common feature.

With its all-new Dark mode, Microsoft wants to make everything a little more “calm”. Not only with the parts of the operating system usually coloured in shades of dazzling white be knocked back to shades of grey and black – to make using your PC late at night a little easier on the eyes – but Microsoft will also tweak the alert sounds you’ll hear throughout the system.

The softer sounds should make for a more tranquil experience …even if you’re burning the midnight oil on your work laptop.

But there is another important reason why the sounds are different when in Dark mode compared to the default Light configuration. Speaking to security blog Bleeping Computer about the changes, a spokesperson for Microsoft revealed: “We introduced light and dark sound options so that people who may have low visibility or no vision can still experience light and dark themes audibly.”

Microsoft believes its approach to tweaking the sounds are exemplary of how it tackled Windows 11 as a whole. Those switching from Windows 10 shouldn’t find the changes jarring, but if you look closely, you will notice a long list of adjustments and improvements. Microsoft said it hoped to “soften the overall feel of the experience.”

Unlike Windows 10, which was characterised by its sharp angular windows, with Windows 11, everything has soft, rounded corners. Following the initial reveal of the new operating system, some PC owners mocked the software for resembling Apple’s macOS, which has long relied on curves across all aspects of its design.

Microsoft has also taken the time to redesign almost all system icons across the operating system… something it never quite managed with Windows 10, which still has a number of dated icons buried away in the Control Panel, for example. With Windows 11, even the preinstalled Paint app is getting a lick of, erm, paint so that it fits with the new aesthetic.

That doesn’t mean Windows 11 is identical to its predecessor. Microsoft has introduced a number of big changes to the desktop operating system, including an almost unrecognisable new Start Menu, a menu of interactive widgets, and the ability to install and run Android apps alongside traditional Windows software. Although, the latter won’t be available at launch as it’s been pushed to a subsequent update.

Windows 11 will be available as a free upgrade starting from October 5, 2021. New PCs with the operating system preinstalled will be available to buy on store shelves on the same date. Microsoft is taking its time with the roll out of the new operating system, presumably to ensure stability for those who download and upgrade, but that does mean that some won’t get their hands on Windows 11 until mid-2022, the US company has confirmed.

Before the launch of Windows 11, Microsoft has a new hardware event, where it’s tipped to launch a series of new Surface-branded devices designed to take advantage of the new operating system.

Are Kylie Jenner and Travis Scott the New Kourtney Kardashian and Scott Disick?