The UK’s most complained about broadband, phone and TV suppliers have just been revealed by Ofcom and there are some big winners and losers. The quarterly report from the telecoms regulator reveals the number of complaints made between July and September last year about firms that provide home broadband, landline telephone, pay-monthly mobile and pay-TV.

Ofcom says that overall there was a small increase in the relative number of complains it received for broadband, mobile and pay-TV compared to last quarter.

But who were the winners and losers of this latest report?

At the other end of the scale was EE and Sky who both recorded the least amount of broadband complaints.

The Post Office and BT can also be pretty pleased with themselves as these firms came below the industry average for complaints. 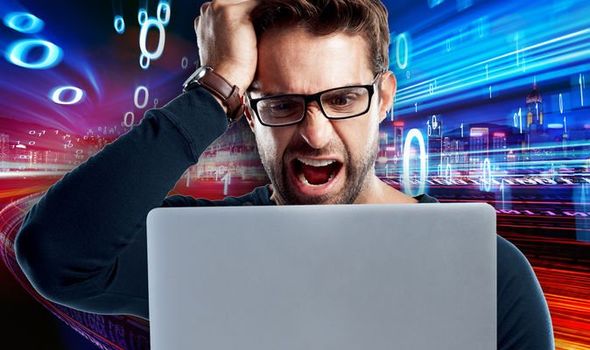 In response to the news, a Vodafone spokesperson said: “The long-term trends in complaint numbers are improving and we are giving home broadband customer service our full attention. This includes our technical teams working closely with our infrastructure partner to fix any faults at the broadband street cabinet as quickly as possible.”

Along with broadband, Ofcom has also listed the most complained about landline, pay monthly mobile and Pay TV firms.

Here’s how each sector compared

Most complained about landline once again went to Vodafone with TalkTalk, Plusnet and Virgin also scoring badly.

EE, Sky and BT all performed well with a below-average number of complaints. 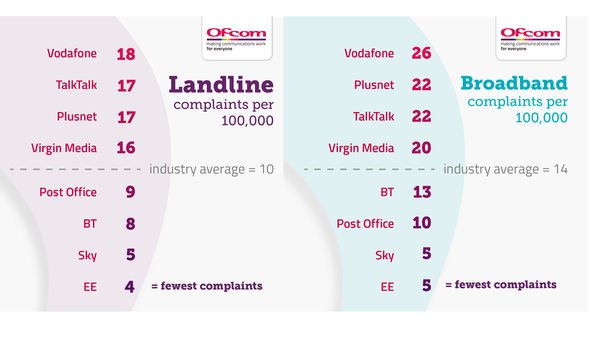 Speaking about the latest report, Fergal Farragher, Ofcom’s Director of Consumer Policy, said: “People have never had more choice in the phone and broadband markets.

“It’s also never been easier to switch your service. So companies that don’t prioritise great service could see customers leaving them for ones that do.”

Although Ofcom says that it cannot resolve individual complaints, it does offer consumers advice, and the information it receives can lead to it launching investigations.

Ofcom states that anyone experiencing problems should complain to their provider first. If they are unhappy with the outcome, people can take the complaint to an independent ombudsman, who will look at the case and make a judgment on it.

Grant Denyer confirms Family Feud will be given a rest