Home » Technology » You might be owed £50 from Facebook: Millions could get payout, are YOU one of them? 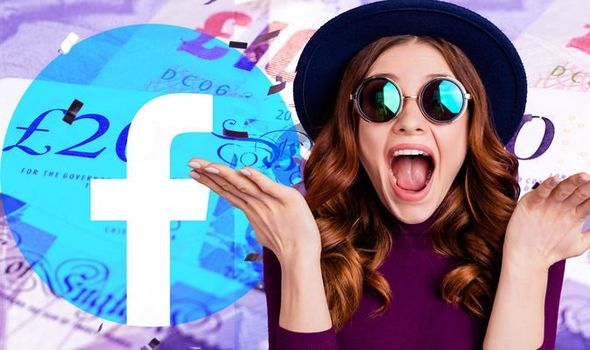 Facebook could owe money to almost two thirds of people in the UK. That’s because Mark Zuckerberg’s firm, now called Meta, is facing a new lawsuit which, if it doesn’t go its way, could compel it to issue £50 payouts to 44million people that used Facebook between 2015 and 2019. Damages of over £2.3billion in total are being sought over claims Facebook used its market dominance to exploit the data of UK users.

The lawsuit is being heard at London’s Competition Appeal Tribunal and alleges Facebook made billions imposing unfair terms and conditions that demanded users surrender valuable personal data to access the network.

The legal action is being brought forward by Liza Lovdahl Gormsen, who is a senior adviser to Britain’s Financial Conduct Authority (FCA) watchdog and a competition law academic.

Lovdahl Gormsen said she is acting on behalf of people in the UK that used Facebook between 2015 and 2019.

She explained: “In the 17 years since it was created, Facebook became the sole social network in the UK where you could be sure to connect with friends and family in one place.

“Yet, there was a dark side to Facebook; it abused its market dominance to impose unfair terms and conditions on ordinary Britons, giving it the power to exploit their personal data.

“I’m launching this case to secure billions of pounds of damages for the 44 million Britons who had their data exploited by Facebook.”

It’s been claimed Facebook collected data on users using platforms such as Facebook Pixel, which is an advertising tool that websites use to monitor how users behave on their website.

The lawsuit claims Meta – the new name for the Facebook parent company – set an “unfair price” to Facebook’s UK users for using the service.

If the case ends up going against Facebook, then the payout would be available to people in Britain that used the social network at least once between October 1 2015 and December 31 2019.

In response to the claims, a Meta spokesperson said: “People access our service for free.

“They choose our services because we deliver value for them and they have meaningful control of what information they share on Meta’s platforms and who with.

“We have invested heavily to create tools that allow them to do so.”

Facebook has been notified of the damages claim by Quinn Emanuel Urquhart & Sullivan, a law firm representing Lovdahl Gormsen.

The news comes just days after Facebook lost an attempt to strike out an antitrust lawsuit by the Federal Trade Commission (FTC) in the US.

This unprecedented challenge that Facebook is now facing could lead to the FTC forcing Meta to sell off both Instagram and WhatsApp.

The US competitions watchdog has accused Zuckerberg’s firm of pursuing a “course of anti-competitive conduct” where rivals are acquired or crushed.

Jason Momoa Has Some Pretty Amazing Cameras He Travels With