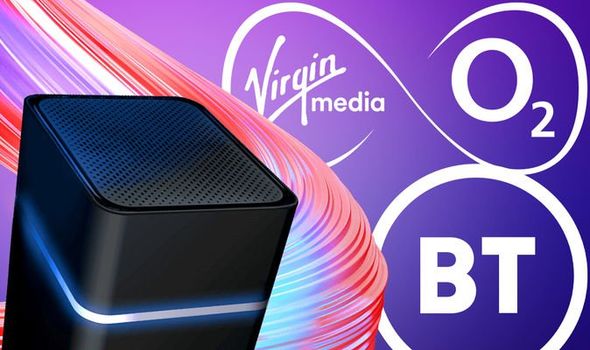 If you’re looking to upgrade your home broadband connection, it might be worth looking beyond the usual big brands like BT, Virgin Media, and Sky. While these vast national players offer some fast speeds and great bundles with paid-for television and free calls, you might be able to get a better deal from a smaller brand.

A number of newer firms have been able to roll-out next-generation gigabit-capable fibre faster than more-established players. While BT is hoping to bring the improved infrastructure to 25 million premises by the end of 2026, it has only managed 5.5 million homes so far. Virgin Media has managed to connect 12.8 million homes to its faster cables, which can manage download speeds of more than 1,000Mbps (the UK average is 70Mbps).

If you’re not lucky enough to be in an area with gigabit-capable, it might be worth checking to see whether a smaller, more local broadband company has beaten BT and Virgin Media to the punch. And even if you’re not simply looking for eye-watering speeds, a number of these brands offer other perks, including mesh Wi-Fi systems, fast upload speeds, and rolling monthly contracts.

If you’re looking to switch, Express.co.uk has picked out four of these new rivals to give an idea about some of the fibre broadband plans out there. Of course, none of these are available nationwide, although in fairness, neither are BT and Virgin Media’s 1Gbps plans. You’ll need to enter your postcode to make sure the service is available in your street before cancelling your existing internet package.

First up, YouFibre. This company recently started to deploy gigabit-capable fibre broadband in County Durham. Like a number of these newer challengers, YouFibre needs to stand-out from ISPs (Internet Service Providers) with better brand recognition and bulging wallets for glitzy advertising campaigns during prime-time television.

To do that, YouFibre seems to be using price to attract customers.

YouFibre is offering subscribers the chance to bag its gigabit speeds for £50. For comparison, Virgin Media charges upwards of £62 a month for its Gig1 package and BT charges £59.99 a month. Of course, both of these brands regularly offer promotions to drop that cost, but YouFibre is considerably cheaper – a saving of £216 over the course of your 18-month contract.

YouFibre claims its top-end fibre speeds are around 900Mbps. Admittedly, that’s slower than those available from Virgin Media’s Gig1, which offer on 1,104Mbps average download speeds. YouFibre is, however, much more affordable. Your mileage may vary, but for our money, that’s worth more than the extra 200Mbps or so.

And YouFibre includes a mesh broadband system as standard with its bundles. The broadband supplier will send you Amazon’s excellent Eero mesh network. Rather than relying on a single Wi-Fi router squirrelled away in the back of a cupboard managing the internet connection of every device in your home, you’ll have multiple smaller nodes dotted around the house.

Although it’ll still look like a single Wi-Fi network in the settings app on your phone, behind the scenes, these nodes will be shuffling devices around as you move about your house so that you’re always connected to the node closest to you for the strongest Wi-Fi signal. It also means devices will be distributed evenly across the network, so you can have more devices connected to the Wi-Fi without sacrificing reliability or speed. Each Eero node can support more than 100 separate devices, so with a few dotted around your home – you’ll have no issues connecting a jaw-dropping 350-odd gadgets to your home Wi-Fi network.

Of course, both Virgin Media and BT offer similar mesh-style gadgets… but none of these are included as standard as part of your monthly subscription fee.

Not interested in the fastest speeds on the market? YouFibre’s 50 could be the best option. While it’s a little slower than the UK average (70Mbps), the free installation and set-up are a big win compared with other broadband companies. And if you’re not living in a busy household, 50Mbps is enough to stream boxsets on Netflix without buffering

Want some serious speed under your belt? YouFibre’s 500 plan is exactly what the doctor ordered. With average download speeds of 500Mbps – around 7x faster than the average speed in the UK – you won’t need to worry about buffering, even in busy households with multiple people streaming music and video, backing up data from their phones and computers to the cloud, and more…

Liquor and cannabis stores can be open on Christmas Day: AGLC

Your horoscope with Lilith