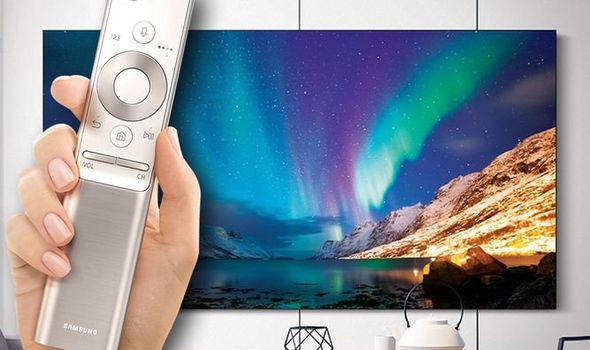 Samsung could be about to unleash some all-new TVs onto the market this week and they may make watching movies and binging on box sets look even better than anything we’ve seen before. According to the ever-reliable team at SamMobile, Samsung is reportedly set to announce its plans for the release of some pin-sharp new goggle boxes in the coming days.

Unlike its current range of consumers sets, the latest screens will be powered by the very latest MicroLED technology which is able to offer even richer colours, brighter images and deeper blacks than standard backlit LED displays.

Samsung’s MicroLED tech has been a feature of its ‘The Wall” TVs for a while with those rich enough to own one able to get screen sizes of up to 150inches installed in their properties. The Wall is a modular MicroLED display which Samsung says is able to deliver a revolutionary viewing experience with pure black, true colour and Samsung’s AI picture enhancement.

These giant screens have mainly been targeted at businesses or those who have money to burn but that might be about to change.

The reason MicroLED screens are so good is that each of the tiny pixels produces its own light which means they can be individually switched on or off for a more pin-sharp image.

Samsung TV: Sneak peek at some of the QLED 8K feautres

They are also brighter and more energy-efficient than standard LED screens with it thought that these TVs can be switched on for over 10 years – non stop – without burning out.

Until now, the only way to get a MicroLED telly was to buy one of those very expensive “The Wall” screens but it seems Samsung may be ready to release some more standard TVs with this tech packed inside.

There’s no word on exactly when or what might be revealed this week although SamMobile says that Samsung is targeting consumers with this latest release so these TVs could be aimed at living rooms across the globe.

Express.co.uk will bring you all the news from Samsung just as soon as we hear more.

If you’ve just bought a new Samsung TV the don’t panic as the firm has also just announced some news that will please existing customers.

The Korean firm is adding more content to its popular TVs with the launch of its very own comedy service. The imaginatively named “Comedy” channel has is arriving on televisions now and features a swathe of shows from the UK and the US including content from stars such as Russell Howard and Dave Gorman. Samsung is boasting that this new channel will bring customers hours of entertainment and hopefully a few laughs along the way.

A Perfect Recipe That Took Time to Brew