If you own a recent LG TV model there’s some great news coming to your big screen. The South Korean firm has confirmed that it’s rolling out support for the popular Apple TV app to a huge range of its televisions.

This upgrade means owners will now be able to watch all of Apple’s latest TV+ subscription content as well as purchases or rentals from their existing iTunes library – enough to keep you entertained for a fair few TV dinners in the coming months.

Apple TV+ launched late last year and offers a number of original shows, like the award-winning The Morning Show, for a £4.99 monthly fee. However, those who have bought a new Apple device – like an upgrade to the iPhone 11 Pro in September – will get a year subscription to the video on-demand service for free.

LG has confirmed all of its 2020 range of Smart TVs will enjoy Apple TV support, but this has now been extended to compatible 2019 LG smart TVs in over 80 countries.

“By bringing the Apple TV app and Apple TV+ to even more TV models, we are once again demonstrating our determination to meet consumers’ needs and add value to our products.” 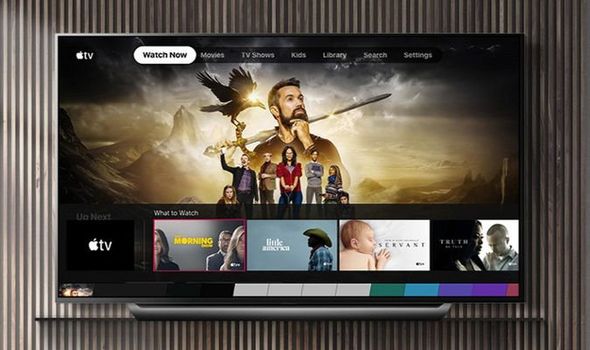 Along with the app, it’s also worth noting that LG’s 2019 TVs support Apple AirPlay 2, which allows users to share or mirror content from their iPhone, iPad or Mac directly to an LG TV. Customers can also play music on the TV and sync it with other AirPlay 2 compatible speakers anywhere in the home.

Also supported is Apple HomeKit, which lets users easily and securely control their TV with the Home app on their iPhone or iPad or by voice using Siri , enabling them to power on or off, change volume, switch inputs and more.

LG has confirmed that customers can now enjoy Apple TV on all of its 2019 OLED TVs, NanoCell TVs (series SM9X and SM8X) and later this month, the Apple TV app will roll out on select UHD TVs (series UM7X and UM6X).

There’s also good news for those owning televisions from 2018 with LG confirming this update will be coming to these devices later this year via an over-the-air firmware upgrade.

This Apple TV update now brings LG up to date with one of its biggest rivals. Samsung launched this Apple app last year with many of its modern televisions getting instant access to this extra content without the need for any external streaming devices.

Linda seethes as she discovers Sharon attacked Ian in EastEnders: 'Shame on you!

‘Cockygate’ Author, Faleena Hopkins, Backs Down From Trademark Dispute After A Settlement Is Reached

What did Trump say in his MAGA protest speech today in Georgia?