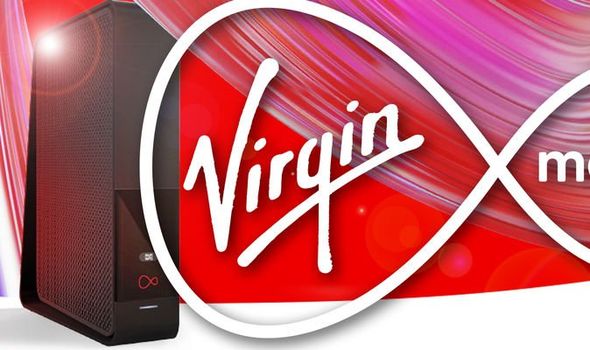 Some Virgin Media customers will find they pay higher prices for their broadband and TV from today with a major hike coming into force.

The firm announced the rise earlier this year with the average bill going up by around £3.30 from October 1.

However, some unlucky users will see the hike push their monthly costs up by as much as £4.50 – that’s an extra £54 a year.

Price hikes are never going to be popular but Virgin says that the increase will help it to invest in its service.

In a statement, the firm said: “Changing prices is not a decision we take lightly. We invest more than £1billion a year in our network and services to keep giving our customers great value.

“We are committed to giving our customers an incredible service with unrivalled connectivity, great, high-quality programming and innovative new upgrades – and our customers can expect much more to come.”

That may sound like marketing talk but it seems the firm could be sticking to its promise of boosting things for its customers.

The firm has just announced some very good news with it beginning to switch on its new 1Gbps broadband speeds.

Virgin Media’s Gig1 upgrade has begun rolling out to around 100,000 homes in Southampton with more areas expected to follow in the coming weeks. 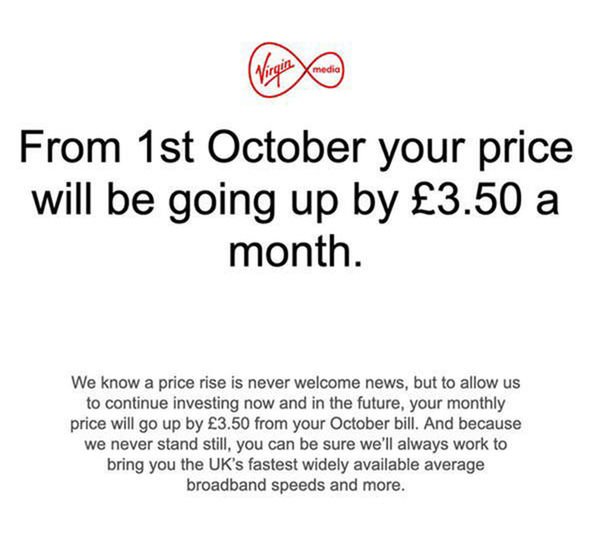 Virgin says that as broadband data use increases tenfold every seven years, this service provides the connectivity needed for future applications like 8K streaming, cloud gaming and virtual reality telepresence without the need to excavate roads and streets to install new cables.

Speaking about the upgrade, Jeff Dodds, Chief Operating Officer at Virgin Media, said: “By launching our hyperfast Gig1 services in Southampton today, we’re marking the start of next-generation gigabit connectivity across our entire network at a speed and scale unmatched by anyone else.

“This service is more than 20 times faster than the UK’s average broadband speed, meaning that households can do everything they want to do online, at the same time, without delay and are well set for whatever comes next.

“The Government has called for nationwide gigabit connectivity and we’re helping them leap forward to reach this ambition.”

At a speed of 1Gbps it would take just 34 seconds to download a full HD movie.

Compare that to the 11 minutes it currently takes via an average 50Mbps connection and you can see why this is such a big improvement.

There’s no official word on when each part of the country will see these speeds but here’s how much it will cost when it finally rolls out near you.

Owl 'delivering a letter' refuses to let go of the post