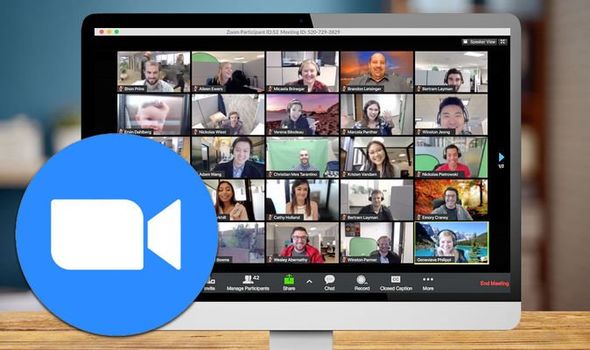 Zoom has been the go-to place for video conferencing needs ever since coronavirus lockdown measures were introduced around the world earlier this year. Zoom saw a huge uptick in users as it managed to eclipse long-standing services such as Skype to become the champ of the web conferencing arena. Back in April Zoom said it had seen daily meeting participants surge from 10million in December to a staggering 300million.

Since then rival services such as Google Meet and Microsoft Teams have been trying to play catch up, and they’re starting to see the fruits of their labour.

In some respects, Google and Microsoft have both been trying to bottle up the magic that made Zoom such a hit, with both services adding features such as customisable backgrounds which Zoom made popular.

But now the tables have been turned with Zoom adding a feature that Microsoft Teams users have long benefited from.

Zoom has revealed that meetings are now more accessible thanks to a live caption feature which has just been rolled out.

Zoom has enlisted the help of speech-to-text platform Otter.ai for this new functionality, which sees captions appear in near real-time on a screen.

The feature has been designed to allow users with hearing impairments to follow a meeting more easily, but it may also be able to help participants whose first language isn’t English.

The Zoom live captions feature is available under the Pro and Business plans and the service currently only supports English, Techradar reported in a post online.

Discussing the collaboration with Zoom, Otter.ai founder and CEO Sam Liang wrote online: “At a time when most meetings, events, and classes are going virtual, remote workers and students increasingly struggle to listen and pay attention while taking notes. 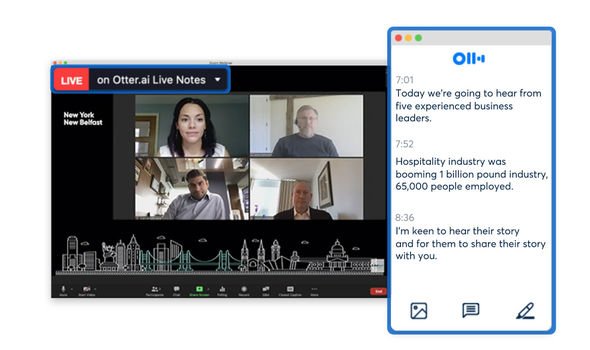 “Now more than ever, businesses and schools need tools that can capture information accurately and make accessible immediately.

“The Otter Live Notes feature is initially available to businesses and educational institutions with Otter for Teams and Zoom Pro (or higher) plans only. There are no additional per-minute fees!”

While this is a great new feature for Zoom, it’s functionality that Microsoft Teams users have been able to take advantage of for some time.

The Windows 10 makers first rolled out live captions to Microsoft Teams towards the end of last year.

Microsoft has recently announced they are further bolstering this feature by adding speaker attribution to live captions so it’s clear who is saying what.

Describing the benefits of the subtitle feature when it was first announced last year, Microsoft said: “Live Captions in Teams Meetings makes meetings more inclusive, giving participants another way to follow along with the conversation, and addressing the needs of participants with different hearing abilities or language proficiencies.”

Czech Republic To Re-Open Cinemas May 11; Rules Include Social Distancing & No Concessions