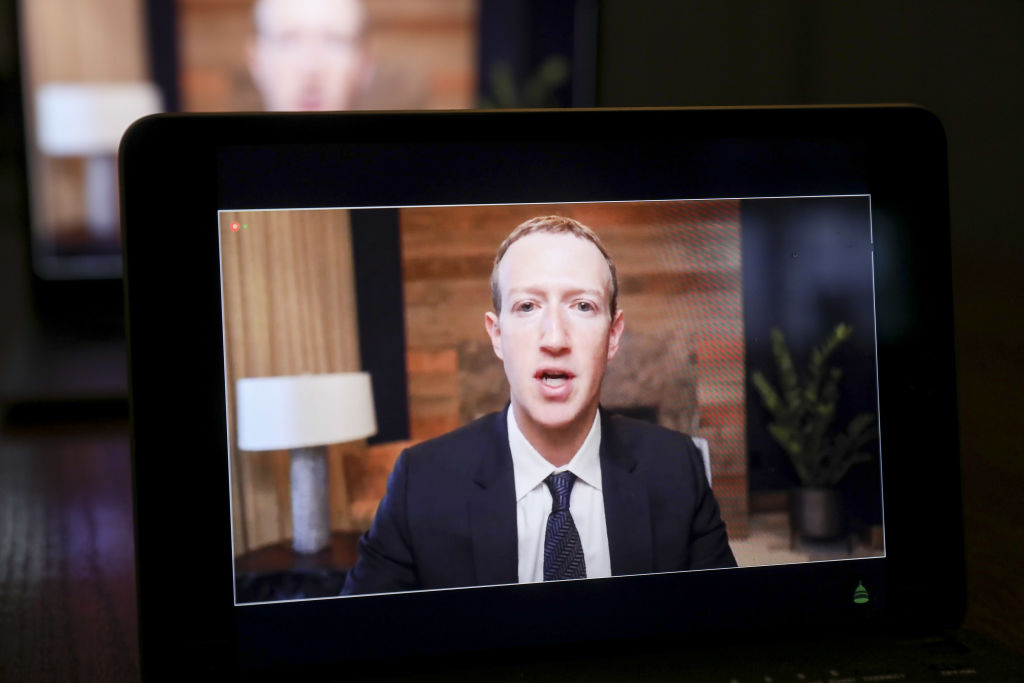 Mark Zuckerberg has responded to claims from a whistleblower that Facebook profits from hate speech.

The billionaire drafted a memo and posted it publicly to his Facebook page to dismiss the accusation – calling it ‘illogical’.

‘The argument that we deliberately push content that makes people angry for profit is deeply illogical,’ he wrote.

‘We make money from ads, and advertisers consistently tell us they don’t want their ads next to harmful or angry content.

‘And I don’t know any tech company that sets out to build products that make people angry or depressed.

‘The moral, business and product incentives all point in the opposite direction.’

The response came after Frances Haugen, a former product manager at the social network, appeared in front of Congress to testify against her former employer.

She accused the company of failing to make changes to Instagram after internal research showed apparent harm to some teens and being dishonest in its public fight against hate and misinformation.

Haugen’s accusations came alongside tens of thousands of pages of internal research documents she secretly copied before leaving her job in the company’s civic integrity unit.

Haugen laid responsibility for the company’s profits-over-safety strategy right at the top, with CEO Mark Zuckerberg, but she also expressed empathy for Facebook’s dilemma.

Haugen, who says she joined the company in 2019 because ‘Facebook has the potential to bring out the best in us,’ said she didn’t leak internal documents to a newspaper and then come before Congress in order to destroy the company or call for its breakup, as many consumer advocates and lawmakers of both parties have called for.

‘The company’s leadership knows how to make Facebook and Instagram safer but won’t make the necessary changes because they have put their astronomical profits before people.’

‘Congressional action is needed,’ she said. ‘They won’t solve this crisis without your help.’

Zuckerberg was having none of it.

‘At the most basic level, I think most of us just don’t recognize the false picture of the company that is being painted,’ he wrote.

The billionaire did also mention the small fact of the largest outage in Facebook history that happened on Monday and cost him around $6 billion.

But again, he said it wasn’t about the money.

‘The deeper concern with an outage like this isn’t how many people switch to competitive services or how much money we lose, but what it means for the people who rely on our services to communicate with loved ones, run their businesses, or support their communities,’ he wrote.

'Survivor': 1 Hours-Long Activity Shows How Real the Game Is