TLC viewers can’t get enough of Tammy Slaton and her sister Amy Slaton, the stars of 1000-lb Sisters. Their popular reality series follows the pair as they struggle with weight loss, family issues, and more. Now, the network is building on the success of that show with a new series, 1000-lb Best Friends, which focuses on two friends and what TLC describes as their “journey of sisterhood, weight loss, and self-discovery.”

1000-lb Sisters Season 3 comes to an end on Jan. 10. While we don’t know yet if the show will return for season 4, fans can look forward to 1000-lb Best Friends, a show inspired by the Slaton sisters’ series.

“The ratings success of 1000-lb Sisters has made one thing clear – our audience loves personal journeys of transformation featuring authentic, bold, and very boisterous personalities, which is why we’re excited to introduce this brand-new series, 1000-lb Best Friends,” said Howard Lee, TLC’s president of streaming and network originals, in a statement. “This show is about weight loss and leading a healthier lifestyle just as much as it is about a tight-knit group of girlfriends that love to have a good time.” 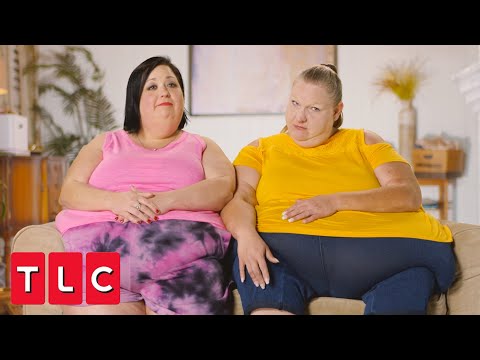 1000-lb Best Friends stars Vanessa Cross and Meghan Crumpler, who viewers first met on the discovery+ series Too Large. The two have been close since childhood and have long struggled with their weight.

“We is big,” Vannessa says in a teaser for the show. “Maintaining my diet has been damn near impossible. But I’m sick and tired of being fat and tired.”

Now in their 40s, the two women decided to pursue weight loss surgery. Meghan qualified, but Vannessa did not. But since her surgery, Meghan’s weight loss has stalled, so she and Vannessa decide to team up with two other friends, Ashely Sutton and Tina Arnold, to shed their excess pounds. Their goal? Overcome their insecurities and self-doubt and attend their high school reunion.

TLC is convinced that viewers will be as taken with Meghan and Vannessa as they are with Tammy and Amy.

“By the end of the first episode, viewers will be asking themselves if their friend group has a Vannessa, a Meghan, a Tina, or an Ashely,” Lee said.

Love in the Time of Corona EP: This Is Not a Zoom Story About the Virus

Heavily pregnant Kelly Rowland works out as due date nears