From performing sell-out concerts at arenas across the country to acting his socks off on the most famous cobbles, Coronation Street‘s Shayne Ward has been in the public’s life for 13 years. An impressive achievement indeed, given the fickle world of showbiz.

The actor and singer is set to bow out of his role as Corrie‘s Aidan Connor this spring, but if we know Shayne, it won’t be long before he’s embarking on the next exiting chapter in his life. In the meantime, here are 12 fun facts about the multi-talented Mr Ward…

1. He has Irish roots 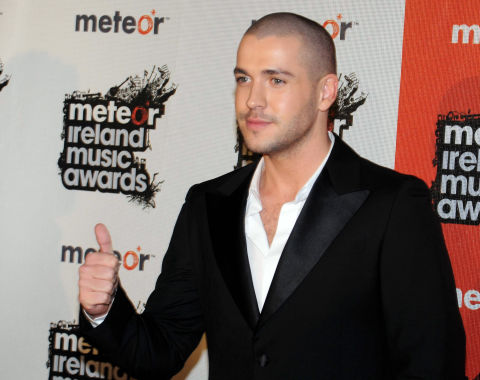 Shayne Thomas Ward made his big entrance into the world on October 16 1984, alongside twin sister Emma, in Tameside, Manchester. The fifth and sixth of Philomena and Martin Ward’s seven children, Shayne’s parents are of Irish-traveller heritage, who settled in England.

Immensely proud of his family’s gypsy roots, which he credited for helping him keep his feet on the ground after being thrust into the limelight, Shayne was also a big fan of the hit Channel 4 series My Big Fat Gypsy Wedding, describing the show as “great fun to watch”. 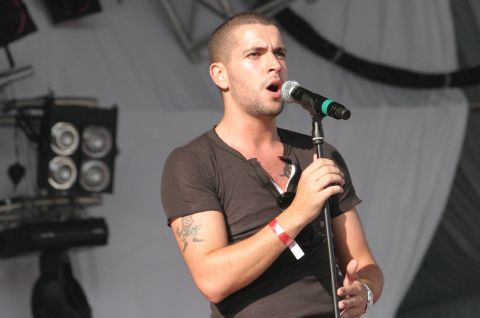 Shayne’s first musical memory is singing along to Kylie and Jason’s ‘Especially For You’, with sister Emma when they were just four years old. And there’s no prizes for guessing that his favourite subject at school was Performing Arts – “Instantly I was like, ‘Love it!'”, he recalls.

Lead roles in school productions came thick and fast. Shayne played the King himself Elvis Presley in a sing-along, and Tony in West Side Story. Despite having dreams of pursuing his passion in further education, family-orientated Shayne quit school at 16 and started working to help his mum pay the bills.

3. He was in a band called Destiny 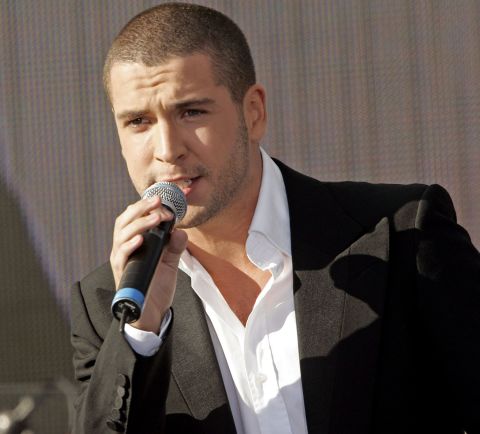 Way before he achieved global success as a solo singer, Shayne was part of a trio called Destiny. The group was originally a ladies duo comprising of gigging singers Tracy Murphy and Tracey Lyle (that must have been confusing!), but the ladies saw some star potential in Shayne and recruited him to join them when he was 15.

Together, the trio toured all across the country, performing everywhere from holiday camps in Blackpool to working men’s clubs in Essex. Destiny even journeyed to Germany to perform for a British Army base out there. During this time, Shayne also worked as a sales assistant in the Manchester branch of high street retail giant New Look.

4. He auditioned for Popstars: The Rivals

Remember the 2002 primetime series, Popstars: The Rivals? You know, the one which resulted in one of the biggest ever chart wars for the festive number one, as boyband One True Voice went up against a feisty five piece better known as Girls Aloud? Well, Shayne could have been a member of the ill-fated OTV – he actually got down to the final 30 lads, but failed to make the cut and was sent packing by judge Pete Waterman.

Probably for the best. We have evidence of his time on the show too, it’s a bit blink-and-miss-it, but check out the vid above and clock the guy in the red shirt at 2.32. You’re welcome.

5. He bagged a Christmas number one

You’d have to be living under a rock not to know that Shayne sung his way to victory in the second series of X Factor in 2005, winning the public vote over bin man Andy Abraham by 1.2%. But do you remember that he auditioned for the show with a soulful rendition of Elton John’s ‘Sacrifice’?

Shayne was the bookies favourite from the word go, and didn’t find himself in the dreaded bottom two sing off once during the live shows. After signing to Simon Cowell’s label record Syco straight away, Shayne achieved his goal by bagging the coveted Christmas number one spot. Not many people can say they’ve achieved that.

6. He was a multi award winner

Proving he wasn’t just a one hit wonder, talented Shayne went on to release a number of catchy singles, and to date, four albums, two of which went Platinum. Not too shabby, eh? He also is the proud owner of a prestigious Ivor Novello Award for best-selling single (‘That’s My Goal’).

A decade on, and Shayne was up on stage accepting another gong – this time for Most Popular Newcomer at the 2016 National Television Awards. Once again proof that singers can also make cracking soap actors. 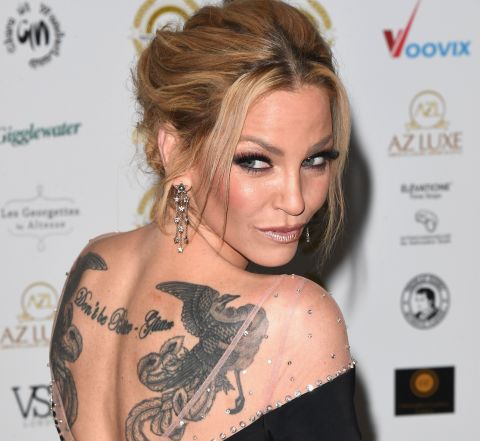 Shayne and Sarah go all the way back to the Popstars: The Rivals days. But it was Shayne’s sister Lisa, who had chaperoned him on the trip to London to audition, who first struck up a friendship with Sarah. While Shayne didn’t make the cut, Sarah became the fifth and final member of Girls Aloud.

In a strange coincidence, Shayne and Sarah’s paths crossed again on the cobbles when Shayne won the role of Aidan Connor, and Sarah had an infamous short stint (four episodes to be precise) as Robert Preston’s estranged wife Joni. But the less said about that, probably the better.

8. He was nearly a member of Take That 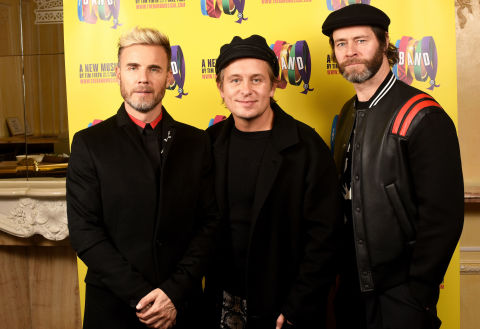 True story. Gazza Barlow himself confirmed as much in his 2006 autobiography. Apparently when band mate Jason Orange threatened to quit the group, Gary and the rest of the boys seriously considered replacing him with Shayne, who was riding high following his X Factor win.

It never actually happened, but since Jase did actually leave TT for real in 2014, we’re wondering if Gary will make that call to Shayne. The star confessed he would have ‘loved’ the experience of being in the best-selling band, and he’s got some spare time on his hands now he’s said ta-ra to Weatherfield.

Shayne made the transition from pop concerts to musical theatre in 2011 when it was announced he was taking on the role of sex god Stacee Jaxx in the 80s themed Rock of Ages. His performance won rave reviews, and a What’s On Stage award nomination – and you can see why for yourself in the clip above. He absolutely nails it!

Shayne also joined the cast of Jeff Wayne’s musical version of The War of the Worlds, playing the Artilleryman in the final arena tour of the production. A far cry from the slick suits of his popstar days.

Shayne was one of many plucky celebs to brave the rink when he took part in the 2013 series of Dancing On Ice. Partnered with pro Maria Filippov, Shayne looked as if he was one to watch in the competition, but even with scoring an impressive 25 in week five, he found himself in the bottom two and up against EastEnders actor Matt Lapinskas in the dreaded dance off.

Matt might have stumbled during his ‘save me’ skate, but it was Shayne who was voted off by the panel, despite Mr Nasty himself Jason Gardiner actually voting to save him!

11. He’s loved up with the Gloved Hand Killer! 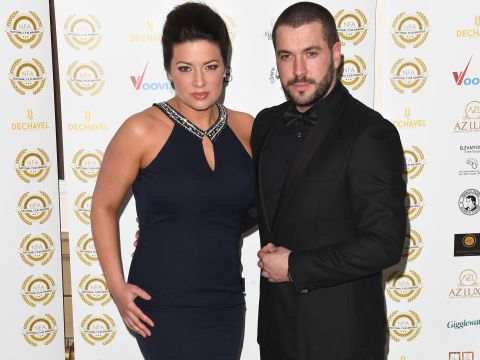 Shayne and the lovely Sophie Austin (aka Hollyoaks‘ Lindsey Roscoe) began dating in early 2016, and were first papped out together holding hands at Corrie star Paula Lane’s leaving party that summer. The happy couple became parents when they welcome baby daughter Willow May at the end of the same year.

Shayne popped the question to his baby mumma last Boxing Day, surrounded by both of their families. With plans for their wedding now under way, proud dad Shayne has dreams of expanding his brood, and according to Sophie would like as many as seven kids.

12. He loves an Insta video with Catherine Tyldesley

Co-stars Shayne and Cath have a penchant for re-enacting scenes from classic movies when they’re backstage between takes. They’ve done the iconic Beauty and the Beast breakfast scene (with Shayne in a curly blonde wig), the steamy opening to Ghost on the pottery wheel, an attempt at the Dirty Dancing lift while balanced on a brick wall, and Aladdin and Jasmine’s magic carpet ride.

But our favourite has to be their take on Halloween, filmed in the dressing room corridors. Scary, yet somehow hilarious at the same time.

Jada Pinkett Smith Says Her 20-Year Marriage to Will Smith Is a ‘Very, Very Unique Partnership'