So many remakes. So many reboots. Popular culture is eating itself. But some things, it seems, still are sacred, and not everything is up for grabs for a do-over.

There are the movies that almost certainly would never get a remake, just because that would be madness – The Godfather, Citizen Kane, Dirty Grandpa. But post-Ghostbusters, with Jumanji, Scarface, The Craft and so many many more getting the reboot treatment, it feels like it’s only a matter of time before all of our childhood classics (what, Scarface wasn’t one of your faves in Year Six?) get snapped up and put through the washer.

Do not fear. There is still sanity in the world. Here’s a handful of stone-cold classics which will never be remade, at least in the lifetime of their creators (and intellectual property holders). We know because the head creatives have PROMISED.

1. Back To The Future 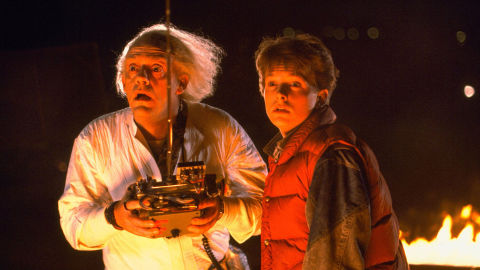 Thank goodness, it’s never going to happen. Or at least not until director Robert Zemeckis and co-writer Bob Gale, who own the rights to the film, are dead.

“Oh, God no,” he told The Telegraph. “That can’t happen until both Bob and I are dead. And then I’m sure they’ll do it, unless there’s a way our estates can stop it.

“I mean, to me, that’s outrageous. Especially since it’s a good movie. It’s like saying ‘Let’s remake Citizen Kane. Who are we going to get to play Kane?’ What folly, what insanity is that? Why would anyone do that?” 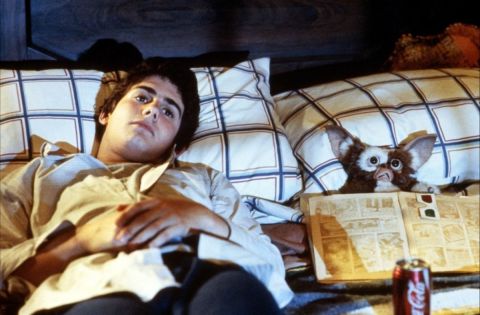 You might think you’ve been hearing whisperings of late about a remake of the best Christmas movie of all time. But thankfully you are mistaken. A sequel could well happen. But a remake: NEVER!

We can live with that.

When Spielberg signed up to create Amblin Partners at Universal in late 2015, panic hit as to whether that might equate to a terrifying Jaws reboot that would make us afraid to go back into the cinema.

But fortunately, speaking to Deadline, he nixed that idea out and out.

“I would never remake one of my own movies – starting with Jaws – but there are Amblin titles in the library that could inspire new stories that were made popular by the films,” he said. “There isn’t a single title that I’ve earmarked, but yes, I would like to. I will be discussing that with Jeff (Skoll) and Ronnie (Meyer) and Donna (Langley).”

“I would never remake… Jaws,” he said. 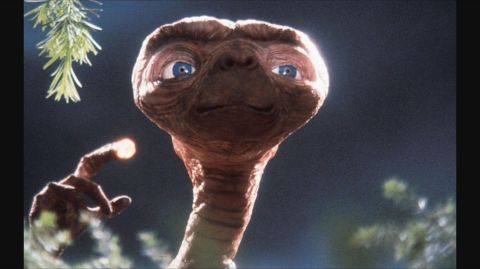 Nope, not this one either. Head of Lucasfilm Kathleen Kennedy told the Nerdist podcast back at the end of 2015 that Steven Spielberg would never remake E.T. Then at the end of 2016, producer Frank Marshall added to that, telling Yahoo during a conversation about whether Back To The Future could be remade: “No, that one exists just like E.T. – we’re never touching those.” 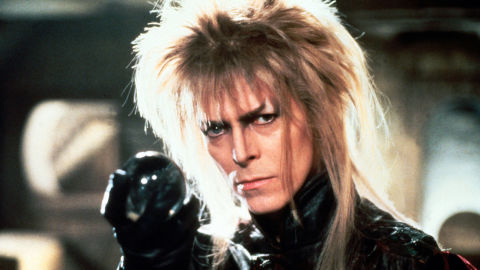 There’s been chat about expanding the world of Labyrinth for a while, but last January an article in THR made everyone extremely anxious when it suggested Guardians of the Galaxy writer Nicole Perlman was planning to pen a remake. She quickly took to Twitter to squash the rumour.

She’s still listed as the writer of a Labyrinth screenplay on IMDB but she’s adamant this isn’t a redo after all. Phew.

We reckon they should stick to co-creator Brian Froud’s plan and make it a stage show:

“I personally think it would make a fantastic stage show. You can touch on things from the original film but the idea of the labyrinth is that other creatures can be lurking round the corner. To use puppetry again and special effects live on the stage, as we know from the success of things like Warhorse, is something that people love, there’s something truly magical in that. I’m still hoping something like that will happen. Let’s do it, that’s what I say!”

Prefer Your Swimsuits With Padding? You'll Love These 9 Pieces — None of Which Are Triangle Tops