JK Rowling is well known for being an active participant when it comes to interacting with fans – and we’re grateful for that. It means that when fans come up with… ‘exuberant’ theories, she’s often there to give her own opinion on what’s what.

Here are some of the Harry Potter theories JKR has put her foot down about. 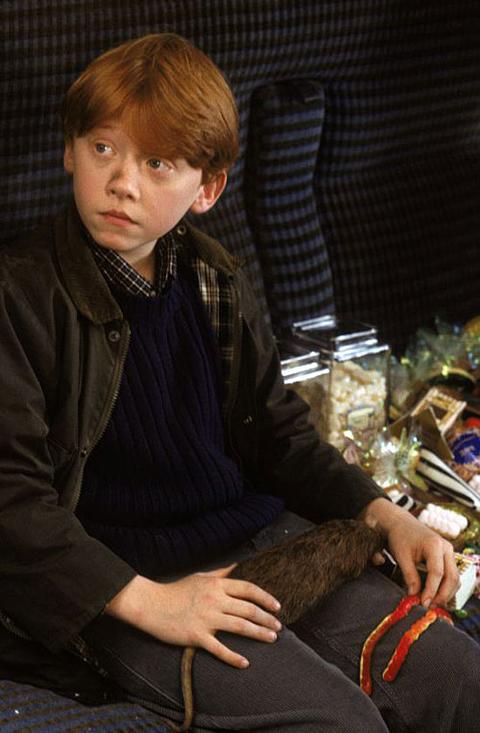 This bizarre theory has it that Ron Weasley has travelled in time and is in fact a young Dumbledore.

Bizarre, yes, but it’s based on a number of things. The first is the uncanny resemblances in the descriptions of them both – each is depicted as being tall and thin, with a long nose, red hair (or auburn hair in the young Dumbledore’s case) and long hands or fingers.

Dumbledore also claims to have eaten a vomit-flavoured Bertie Bott’s Bean in his youth, but (dun dun duuuun!) Bertie Bott was only born when Dumbledore was already about 90 years old, which is frankly no one’s idea of youth, not even Dumbledore’s.

Furthermore, Dumbledore knows what Ron saw in the Mirror of Erised… Oh, and there is a running theme about socks for both characters. There are various other freaky coincidences mentioned to support the Ron-Is-Dumbledore theory, concerning Draco Malfoy’s ‘Weasley Is Our King’ song, the colour maroon, and a set of purple robes.

Sadly, the original page which posited this theory is dead and gone, but if you are fascinated by the idea, then you can read about it here.

But nope, despite all of this, it seems the fans are out of luck with this one. Ron is not Dumbledore. JKR’s response on Twitter when asked about it was to say simply “False Theory“.

2. Draco Is A Werewolf 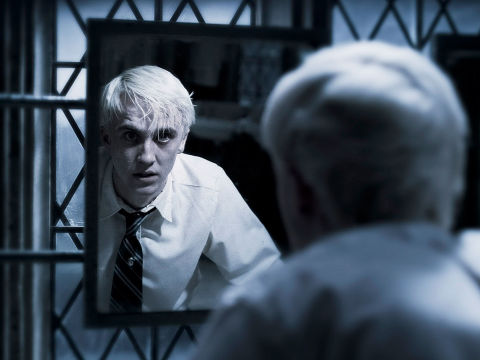 Believe it or not, there is actually a whole website dedicated to this theory.

Defences of this theory include the fact that Draco is suddenly pale and sickly in The Half Blood Prince, that Greyback is known to bite people’s children as a punishment for their sins (this is what happened to Remus Lupin, after all), that Draco can’t be a Death Eater because Harry says he is and Harry is always wrong (!), and that this would explain why the Malfoys end up selling out Voldemort in The Deathly Hallows.

Alas, though, JKR again shot the idea down (alongside the suggestion that Snape’s a vampire):

“I’ve never seen that one before. Draco definitely isn’t a werewolf (and Snape’s not a vampire).”

3. Neville and Luna End Up As A Couple 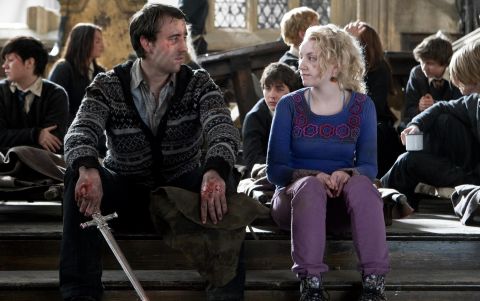 Aww, we’re a bit sad that this one isn’t true. Gentle, bumbling Neville Longbottom – who goes on to kill one of Voldemort’s horcruxes – and weird, intelligent Luna Lovegood make a strangely sweet couple.

But it is not to be. JKR said (in the same interview where she told us that Dumbledore was gay, incidentally) that Neville went on to marry the Hufflepuff Hannah Abbott. She later told us, in the documentary JK Rowling, A Year in the Life, that Luna married Newt Scamander’s grandson Rolf and had twin sons.

Though in the movie The Deathly Hallows Part 2, Neville does at least acknowledge that he’s “mad for” Luna. But fair enough, it would be weird if everyone in the series married their first crush.

4. Fawkes Is A Horcrux Of Dumbledore 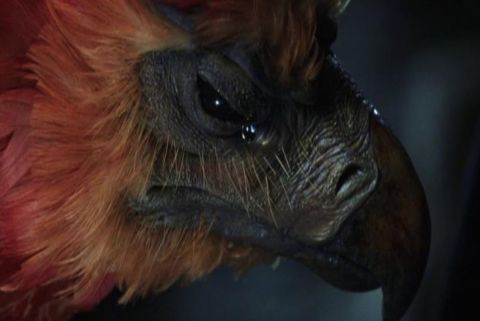 This is troubling. After all, Potter lore goes that you have to murder someone and deliberately split your soul in order to create a horcrux. We don’t like the thought of Albus Dumbledore doing anything nearly so nasty.

The arguments in favour of Fawkes the phoenix being Dumbledore’s horcrux include:

1. The fact that Fawkes and Dumbledore seem to understand a lot about horcruxes.

2. The relationship between Voldemort and his horcrux-familiar Nagini.

3. Dumbledore must have used Dark magic in his youth because he fears that he may have killed his sister – so perhaps he used it to make a horcrux. Plus, it makes sense of Fawkes’ very existence, according to this theory.

But the idea that Dumbledore made a horcrux seems odd to us considering the fact that he didn’t even kill the Dark Wizard Grindelwald, opting merely to defeat him. Not the actions of a killer. Yes, there’s a chance he accidentally killed his sister Ariana – but splitting his soul? Nah.

We’re with JKR on this one, and her comment says it all: “The idea that anybody believes this is strangely upsetting to me.”

5. The Horcrux In Harry Made The Dursleys Hate Him 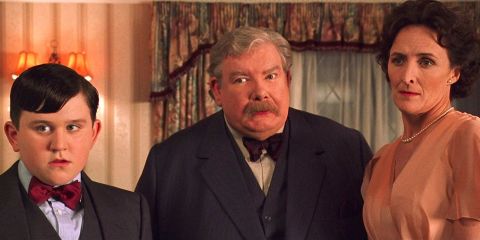 This fan theory posits that the reason the Dursleys treated Harry so badly is not because they were mean people – after all, they did take him in, when they could have sent him to an orphanage – but because the horcrux inside Harry corrupted them, rather like that locket did Ron Weasley in The Deathly Hallows.

Unfortunately, there are at least two problems with this theory, neat as it is. Firstly, apparently Harry wasn’t exactly a horcrux, he just had a soul fragment of Voldemort inside him. According to JKR, “by definition, a horcrux has to be made deliberately”, which wasn’t the case with Voldemort and Harry, so “it’s very close to being a horcrux but Harry did not become an evil object”.

Secondly, on Pottermore, she says that Petunia hated Harry because she was jealous of Lily and her magic, while Vernon hated him because (rather like Snape) he had loathed James Potter. So, no. The Dursleys were just nasty people. Sorry! 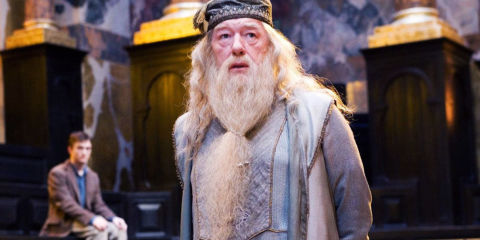 There is one fan theory that JKR hasn’t debunked, though. Remember the idea of Dumbledore being Death? In this, it is suggested that various Harry Potter characters relate to those mentioned in Beedle The Bard’s story of the ‘Three Brothers’ – the very tale in which the Deathly Hallows themselves are mentioned.

Now, just as the Deathly Hallows turn out to be more than just a fairy story and actually exist, it has been proposed that perhaps the characters themselves have their own mirrors in the ‘real life’ of the book. The idea is that Voldemort, Snape and Harry take the parts of the three brothers (oldest to youngest respectively, as with their actual ages) and that Dumbledore is Death.

And JKR’s view on this one? Well, when she was asked what her favourite fan theory was, this was what she said:

“Dumbledore as death. It’s a beautiful theory and it fits.”

Yep, from her own lips… err, keyboard… folks. Dumbledore is, officially, possibly, Death.

Wait Until You See Shaq's Hairline, Revealed After He Lost a Bet to Dwyane Wade