All sizzle and no steak. Style over substance. Nice video shame about the song.

There are plenty of movies out there following that pattern – films that are pleasing on the eye, with a wonderful visual imagination – but are still absolute stinkers.

Directors such as Terry Gilliam, Tarsem Singh and Zack Snyder seem to excel in this arena with their unique and quintessential styles that have people exiting cinemas scratching their heads and saying, “Well, it looked amazing!”

Here are some films that are treats for the eyes but not for the soul. Or brain. 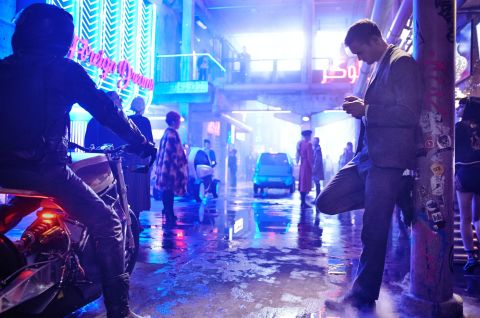 This recent Netflix film came with quite the pedigree. It starred Alexander Skarsgård, Paul Rudd and Justin Theroux, featured a soundtrack from Clint Mansell (Requiem For A Dream, Black Swan) and was directed by the man behind Source Code and Moon, Duncan Jones.

Digital Spy called it a cheap Blade Runner knock-off and other outlets were just as scathing (it gets 15% on Rotten Tomatoes) but almost every review cited the impressive visuals: both Variety and The Hollywood Reporter called them “dazzling”.

Zack Snyder’s supposed feminist 2011 film is problematic on many levels. The issue of much-lauded “female empowerment” was slammed as “bulls**t” by Darkest Hour and Hanna director Joe Wright who was also critical of the film’s sexualisation of young girls.

Digital Spy said in its 1-star review, “Snyder’s prime objective appears to be the creation of iconic imagery,” and the general consensus was that its videogame style and set-pieces (set inside the minds of incarcerated inmates of a mental hospital) were ultimately empty and meaningless.

3. Valerian and the City of a Thousand Planets

The Fifth Element director Luc Besson returned to the genre which had proved so popular in his ’97 flick with Bruce Willis and Milla Jovovich.

Its two leads, Dane DeHaan and Cara Delevingne, the script and the story itself were roundly slammed. But everyone agreed it looked good: Empire praised the fact that every frame was “stuffed with mad-genius invention” but blasted the film’s lack of plot, cohesion and characters.

Which are kind of important. 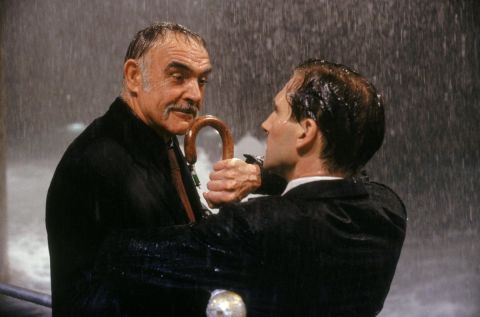 No, the other Avengers. You know, the original ones from 1960s UK telly.

The iconic British show, which introduced John Steed and Emma Peel to the world, was full of humour, style and great stories, and so was prime material for a big-screen adaptation.

Sadly, the tenets of the show were not transferred to the movie version. Ralph Fiennes and Uma Thurman took the main roles (who, in fairness, looked good), which was a promising start, but failed to deliver. Mainly down to a gag and charm-free script.

Its style was a surprisingly-pleasing hyper-reality, with massive robotic wasps and human-sized teddy bears roaming around. There was a eye-catching comic-book style to proceedings but audiences shunned it, and it took in less than its $60 million budget world-wide. Reviewers didn’t even get to see it before the release. 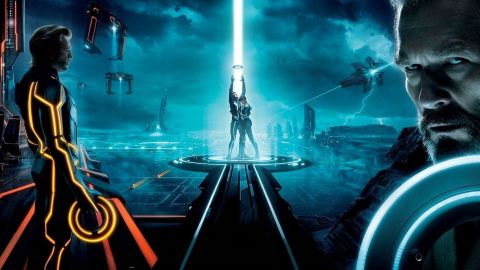 A sequel to a beloved ’80s Disney classic, what could go wrong?

Well, quite a lot as it happens.

The original Tron didn’t exactly cause a huge stir back in 1982 but over the years its groundbreaking computer graphics became synonymous with the decade.

Its sequel, 2010’s Tron Legacy was undoubtedly just as striking, if not more so with specially-filmed IMAX scenes, but a lacklustre lead, Garrett Hedlund, and an overcomplicated corporate business-based plot pulled the movie off its beautifully designed light cycles.

Digital Spy called it a “staggering mess” and a “huge disappointment” proving that all that glitters is most assuredly not gold. 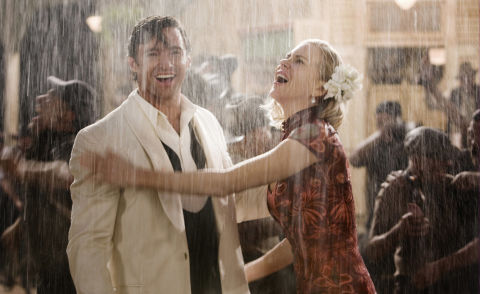 Baz Luhrman’s follow-up to the cinematic wonder that was the Oscar-winning Moulin Rouge! (which managed the double whammy of style and substance) fell some way short of expectations.

The box office in North America shunned the $130 million budget of Australia (unable to hit the $50 million mark) though it fared slightly better in the international arena.

“Built on lavish vistas and impeccable production, Australia is unfortunately burdened with thinly drawn characters and a lack of originality,” came the consensus. 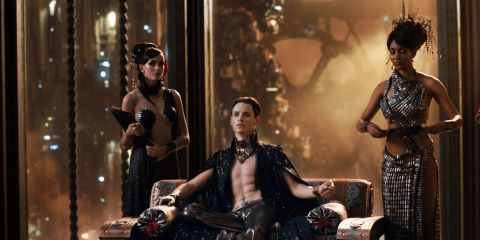 Directing duo the Wachowskis have had a fascinating career. They’ve only occasionally hit the mark at the box office, but their work always has a flash and a style that most filmmakers would die for.

The Matrix was a visually-unparalleled movie that was engaging enough to get two sequels greenlit simultaneously and restarted Keanu Reeves’ career, but those sequels soon brought their critics. As did the equally eye-popping yet underperforming Speed Racer (2008) and Cloud Atlas (2012). 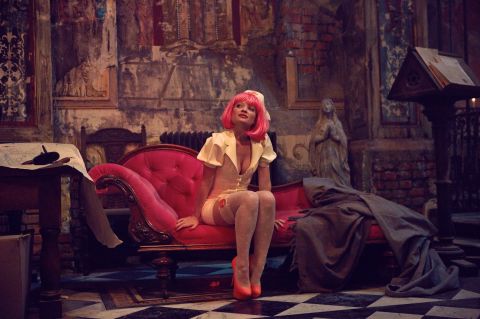 Terry Gilliam is the king of splitting audiences and critics alike while always giving you something interesting to look at. You knew he’d be here somewhere. We could have gone with the overblown The Adventures of Baron Munchausen, but there’s fresher fish to fry.

This 2014 outing, described by Digital Spy as “frustrating” and “bewildering”, failed to find an audience and was unable to rake in even $1 million at the global box office. Critics called his vision “unique” and “compelling” on one hand but also chastised the film’s dramatic inability to live up to its visuals, which had all the detailed techno-grunge wildness you’d expect from the director of Twelve Monkeys and Brazil. 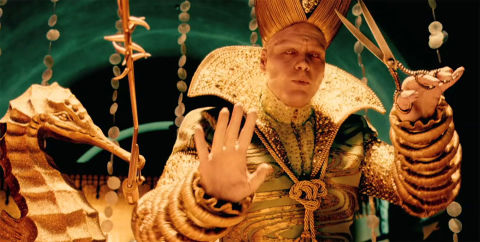 Tarsem Singh is the ultimate director of beautiful-but-WTF movies. We could also have put The Immortals, The Fall and Mirror Mirror in this list, but we went with The Cell, if only because it’s got Vincent D’Onofrio in giant bull’s horns and a theatre-sized cape swooping through Jennifer Lopez’s dreams, also populated by S&M archetypes and a female bodybuilder. With lots of gold and crimson. Seriously: luscious AF, but baffling.

It’s technically a thriller in which a cop explores a virtual, shared mindscape in search of clues to a kidnapping, but really it’s about the mad, beautiful imagery.

Have a comfy long flight