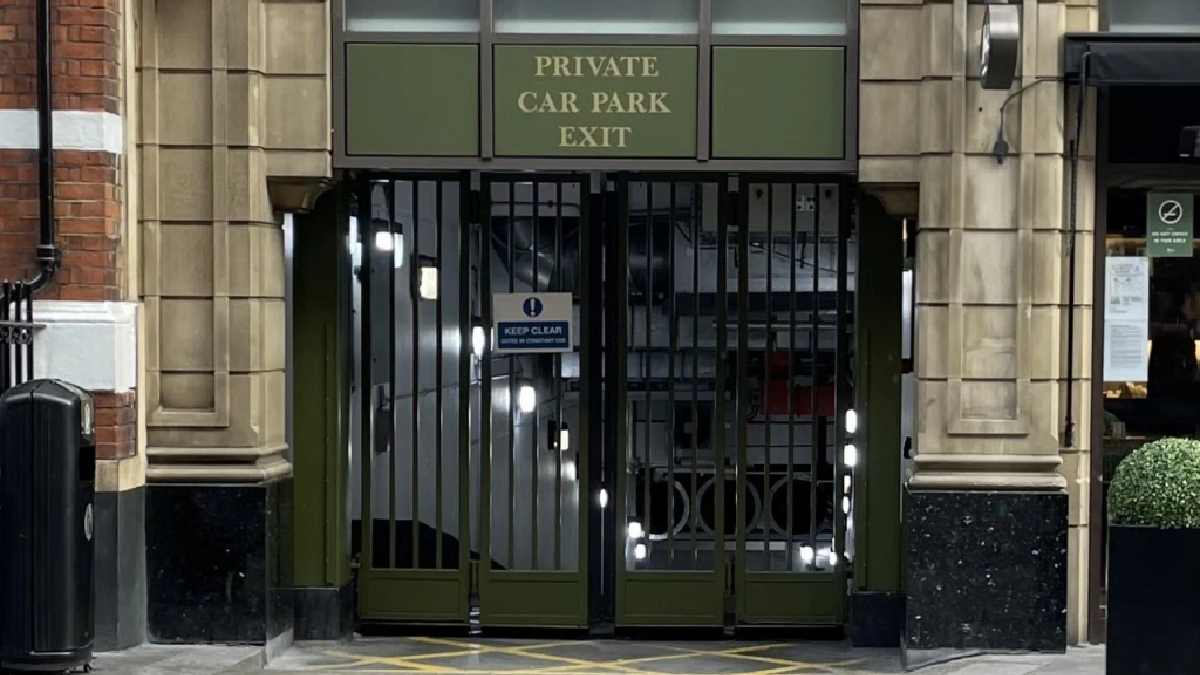 A parking spot is up for sale at just less than the average UK house price.

The space, opposite Harrods in Knightsbridge, is on the market for £250,000.

However, it’s still too small to fit certain vehicles – particularly high-end ones often found in the area.

The 34-square foot space sits in a private gated car park in the lavish West London neighbourhood – but alongside the eye-watering price tag, the new owner will also have to fork out £780 a year on service charge.

Located in the Basil Street car park, the space can be accessed any time of the day and 24-hour security guard the entrance.

But anyone thinking of buying it must live a quarter-of-a-mile from the car park.

Speaking about the listing, estate agent Knight Frank said: ‘Basil Street is moments away from the world-class hotels, restaurants, luxury boutiques, shops, amenities and museums that the area has to offer.

‘Ideally located opposite Harrods, Basil Street car park was built in the early 2000s and benefits from both separate entrance and exit driveways from Basil Street, private pedestrian access from Basil Street via lift for car-parking space owners, 24-hour remote access, as well as 24-hour security.’

However, chancellor Johnny Thalassites, from the Royal Borough of Kensington and Chelsea, stresses the price of the listing is infuriating for those looking to buy property.

He said: ‘We’re in desperate need of housing and as a borough with some of the most expensive land and property in the UK.

‘It’s very frustrating to see a six figure price tag on a parking space and disheartening for those looking to get on the property ladder.’

It’s also not the first of its kind.

Another parking space in the same building – that was slightly narrower but longer than the current listing – also sold for £250,000 in 2016.