Home » TV & Movies » A Place in the Sun guest left in tears following successful viewing: ‘Are you welling up?’

Channel 4 host Jonnie accompanied house-hunter Sarah and her pal Suzy to the Bulgarian town of Tryavna in the search for her perfect holiday home. Sarah became enamoured with the Easter European hotspot three decades ago and was keen to land herself a property there. While Jonnie didn’t exactly get off to the smoothest of starts with his A Place in the Sun guest’s, his second property certainly became a contender.

Jonnie’s first option for Sarah and Suzy was met with disapproval to say the least.

Situated in the town centre, Jonnie was told the house just “wasn’t Sarah” before he conceded he’d “failed miserably” with his number one choice.

However, his second choice had both Sarah and Suzy feeling a lot more optimistic.

The five-bedroom property became an instant hit with the pair as Jonnie took them through the ins and outs of the house. 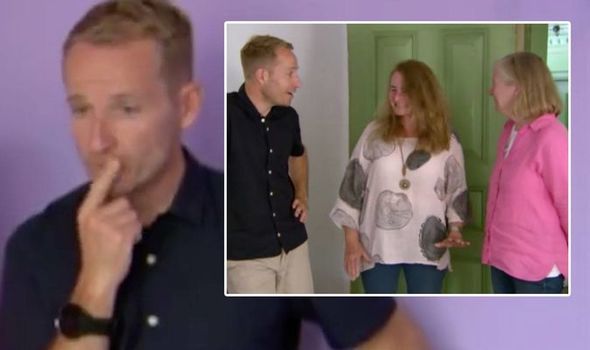 Bringing them into the first room, Jonnie said: “Okay, can’t wait to see how you react to this room.”

“Oh my, God. Wow,” Sarah said as she and Suzy followed Jonnie in.

Sarah added: “Look, it’s not square, it’s not a box,” before Suzy pointed out she had her very own stove in the new home.

Jonnie was keen to see how the second property compared to the first disaster, with Suzy quick to comment: “100 percent better.” 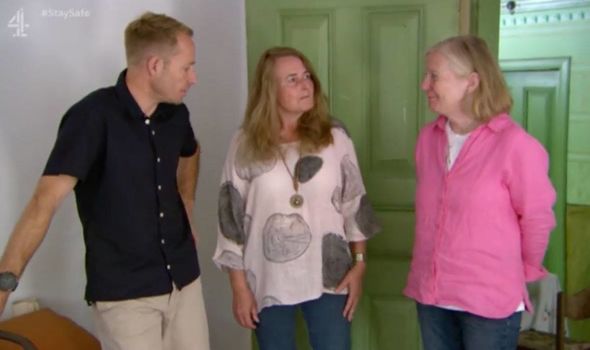 Equally impressed, Sarah weighed in: “No comparison at all.”

As the trio then made their way through the home, Jonnie did point out one or two things that may need a bit of work.

Spots of damp were evident in the home, but Jonnie was keen to put Sarah’s mind at ease.

“The roof has been repaired, that being said, this house you have to have a full service, you have to,” he advised.

Jonnie did remain optimistic, however, as he said it would be “money well spent” to have someone local or from the UK to take a look considering the price of the property.

As they entered the final room, Jonnie asked Suzy what she thought Sarah thinks.

Suzy replied: “Well, when I see tears coming up in the eyes, I know we’re doing well.”

Trying to stop herself becoming overcome with emotion, Sarah replied: “Stop it, I’m gonna – stop it.”

Noticing he’d made the right choice, Jonnie asked: “Are you welling up?”

Despite the fondness of the second property, Sarah ended up purchasing a different house closer to the town for a little over £32,700.

A Place in the Sun continues weekdays at 4pm on Channel 4.

Disney Fox Purchase: Here Are the Next Steps Following Approval

Cleanfluenced: The Best Household Cleaning Products For Getting Rid Of Hair