Aaron Paul has shared his disappointment at The Path being cancelled by Hulu after three seasons.

The drama, which centred on a controversial religious movement called Meyerism, was cancelled by the streaming network after 36 episodes, despite critical acclaim across its run to date.

“Sad to say that The Path has ended. Can’t thank Hulu enough for making this happen for all of us,” Paul wrote on Twitter.

“What a gift these past three years have been. To everyone who tuned in for these three beautiful seasons… thank you. We appreciate your love and support. Love and light.”

In a statement following its cancellation, creator Jessica Goldberg said she was “brimming with gratitude and pride” despite the show ending. “It was a gift to be able to tell challenging and emotional stories for three seasons in this very strange and unique world,” she said (via The Hollywood Reporter). 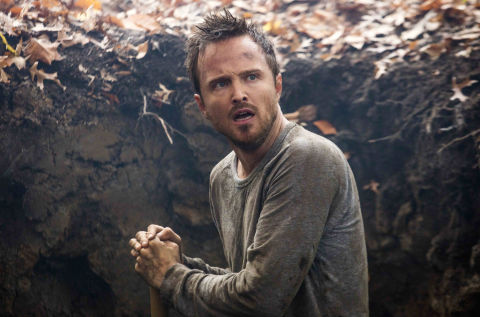 “The calibre of talent and passion everyone who worked on this show brought — from my partners Jason Katims and Michelle Lee, the execs at Hulu, the writers, actors, directors, designers and crew — was something to behold, and for which I’m very thankful.

“Thanks Hulu and Universal Television for taking a shot on this show, it was a life-changing experience.”

The Path follows the likes of Casual, East Los High, Shut Eye and Difficult People in being cancelled by Hulu as the network refines its original content, including The Handmaid’s Tale and Castle Rock.

Pete Davidson Raves About Steve Buscemi in The King of Staten Island: He’s 'Just So Special'