ABC’s series debut of Celebrity Wheel of Fortune topped the ratings Thursday in primetime with a 1.1 rating in the adults 18-49 demographic and 7.83 million viewers, pacing a night that saw a slew of debuts across the Big 4 as they continue to roll out their new season fare. That list included series premieres for NBC’s Ted Danson-starring comedy Mr. Mayor and ABC’s game show The Chase along with the Season 19 premiere of Fox’s Hell’s Kitchen and the Season 9 debut of Fox’s Last Man Standing.

ABC won the night overall in both the demo and viewers, following Wheel with The Chase (0.9, 6.20M), the new British import featuring Jeopardy! GOATs James Holzhauer, Ken Jennings and Brad Rutter and hosted by The View‘s Sara Haines. That lead into Week 2 of The Hustler (0.7, 3.82M), which grew two tenths from its post-Bachelor preview Monday.

The Fox lineup included the return of Gordon Ramsay’s Las Vegas-set Hell’s Kitchen (0.7, 2.67M), which led into the time-period debut for Call Me Kat (0.6, 3.20M), well off from the Mayim Bialik comedy’s NFL-boosted series premiere Sunday. Last night’s episode led into Last Man Standing (0.5, 3.25M), off from its Season 8 finale in April 2020. 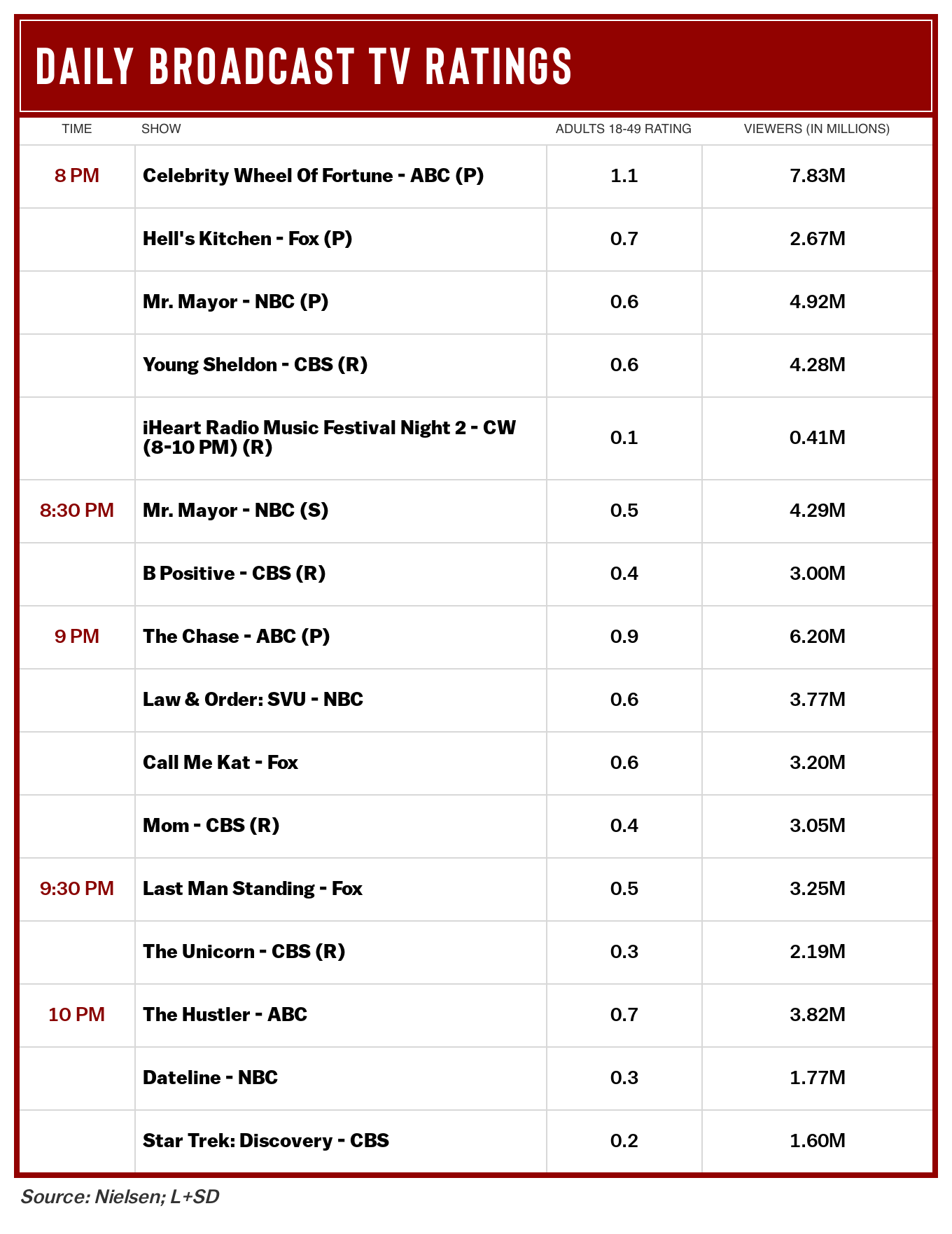 Kirstie Allsopp cut off by Alex Jones after The One Show mishap: ‘A bit poor!’