The 6pm weeknight hour on ABC – a slot fiercely contested by commercial networks – has long been a repository for sedate British fare: Antiques Roadshow, Pointless, Grand Designs. Even Think Tank, the now-defunct Australian quiz program that aired last year, was adapted from a UK format.

Those days are over. 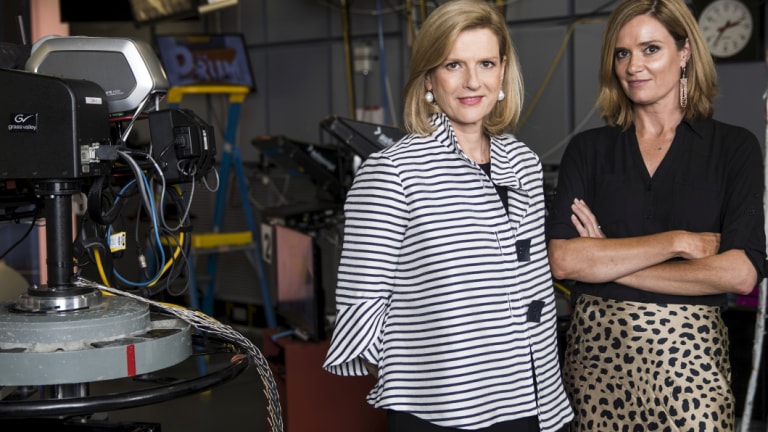 Starting February 4, current affairs panel show The Drum – expanded to one hour, with a new logo and set – will screen at 6pm on Aunty’s main channel, then repeat at 7pm on its news channel. This puts it in direct competition with the local bulletins on Seven and Nine, The Project on Ten and SBS World News. 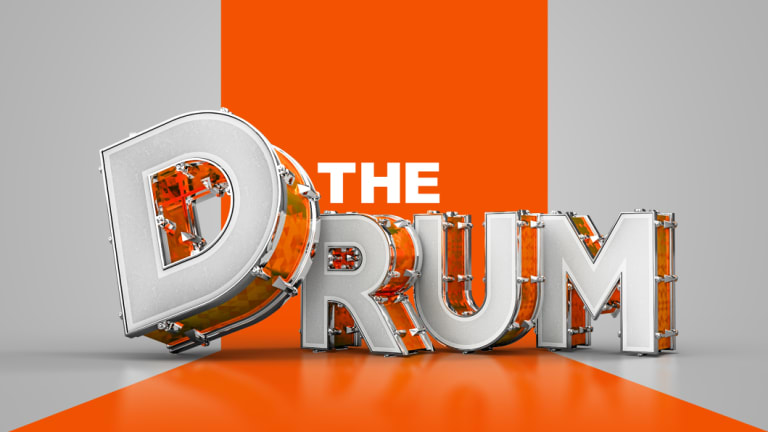 The Drum is getting a new logo, a new set and a new time slot.Credit:ABC

“When people come up to me on the street, they don’t clutch my arm and say, ‘Gee, I love you Ellen Fanning, you’re the greatest.’ What they actually say is, ‘I love The Drum, I love the engaged conversation and I love that people aren’t throwing rhetorical bombs at each other.’ And that won’t change.”

Since its 2010 debut, The Drum has sought viewer comments via Twitter; a platform increasingly beset by a with-us-or-against-us paranoia. And traditional notions of free speech – reflected in the very format of most panel debate programs – conflict with a growing belief that some views are so harmful, they ought not to be discussed at all.

“One way around that is to talk with a particular group of people, not about them,” Baird says. “We don’t have just all white people talking about race issues, or a group of men talking about women … and we start every program by saying, ‘If you want to join in our robust conversation, you can do so respectfully on Twitter.’”

Guests who try to bludgeon their ideological foes into submission tend not to be invited back. Screaming matches are also discouraged, no matter how many viral video views they may reap.

“The best shows are when someone leans around me and says to another guest, ‘Say that again, that’s interesting.’” Fanning says. “They’re having a genuine dialogue and actively considering other points of view.”

When Baird describes the new-look Drum as “steroid”-enhanced, she’s not talking about dialling up the rage; she’s referring to the possibilities afforded by the extra air time. (Over the years, The Drum has gone from 60 minutes to 30 to 45, and now back to one hour.) Baird may devote an entire episode to family violence, for instance, or the Murray-Darling crisis.

This isn’t likely to woo viewers from rival networks, says media analyst Steve Allen. Seven and Nine’s bulletins rely on local news and “ambulance chasing”, he says, while The Project offers celebrity guests and SBS World News has an international focus. Instead, The Drum may entice those who don’t normally watch television in the early evening.

Simply shifting it from 5.15pm to 6pm on the main channel, with a 7pm repeat, opens it to a new audience: “Think of all those white collar professionals in their 50s and 60s. In Melbourne and especially Sydney, they’re still stuck in the office or in traffic [after 5pm]; they just weren’t home in time to watch The Drum before.”

Any ratings growth is likely to be slow, Allen says, but that’s beside the point: “In terms of the ABC’s charter, it's a big improvement on all those UK dramas and repeats upon repeats.”

The hosts also view their job as more than a battle for eyeballs.

“We’ve reached a point, in Australian political debate, where we can all sit there and say, ‘The emperor has no clothes,’” Baird says. “But how do we actually [address] that?”

“It’s important [we try to] foster citizenship,” Fanning adds. “To not simply be disgusted by Canberra and the world beyond, but to have a voice and be able to perform your function as a citizen.”

Nine is the owner of this masthead.

‘We are using it as propaganda!’ UK mocked as Russian TV delights in Raducanu’s new coach