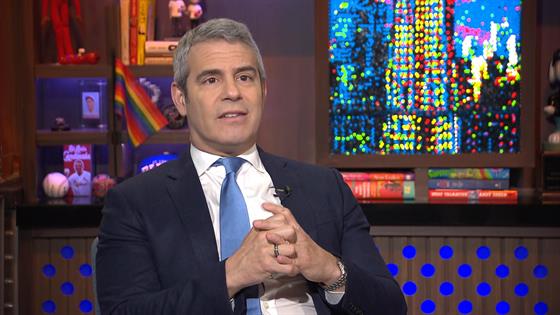 There was a major no-show at this year’s Real Housewives of Beverly Hills reunion, but Andy Cohen wishes it wasn’t so.

After a tumultuous season that has pitted almost all of the other housewives against Lisa Vanderpump, she decided not to show up to a reunion that was surely going to be largely about her. Cohen had revealed that news himself on Instagram Live, telling BFF Anderson Cooper that, “The reunion is going great. It’s major. Lisa Vanderpump’s not here.”

When E! News spoke to the EP and host at the Watch What Happens Live 10th anniversary celebration, he expressed disappointment that LVP didn’t show.

“I wish she had come. It’s hard because her voice isn’t being heard, and so I think it was important to hear from her,” he said.

Fans had been speculating that Cohen would then do a separate sit-down interview with LVP, but apparently that’s not happening.

This season of RHOBH, we’ve watched Lisa’s longtime friendship with Kyle Richards fall completely apart, all because of one poor dog and accusations of story-selling. Kyle and Lisa haven’t seen each other on screen since Lisa threw Kyle out of her house for calling her a liar, and nothing’s been the same since. Cohen, however, doesn’t think this has to be the end for them.

Vanderpump has said she will not be returning to the show for season 10, leaving Kyle Richards as the last remaining original cast member, so if LVP never makes up with Kyle or any of the rest of the women, she’ll likely never be seen on RHOBH again.

The Real Housewives of Beverly Hills airs Tuesdays at 8 p.m. on Bravo.

E! and Bravo are both part of the NBC Universal family.