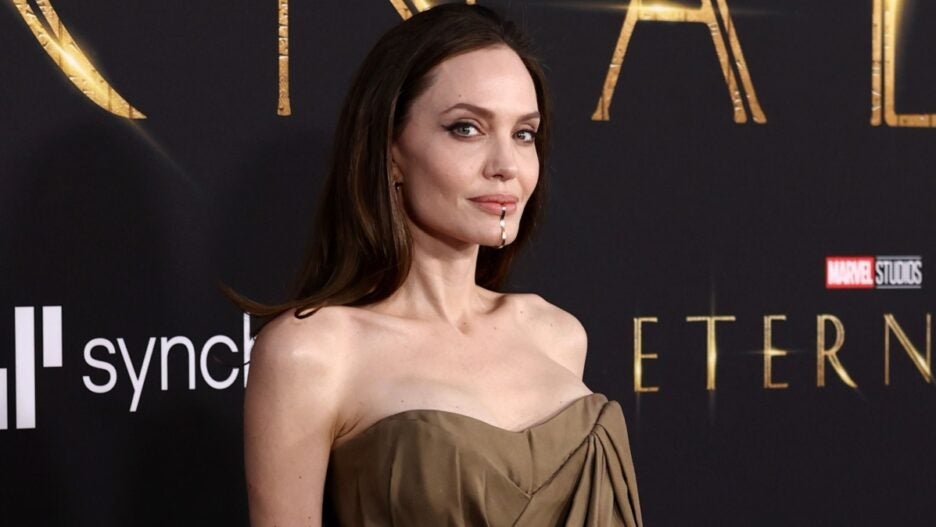 Angelina Jolie was in good company at the Los Angeles premiere of Marvel Studios’ “Eternals” on Monday. Five of her children – 13-year-old twins Vivienne and Knox, 16-year-old Zahara, 20-year-old Maddox, and 15-year-old Shiloh showed up and showed out to support their mother, who stars in the latest addition to the Marvel Cinematic Universe.

Not to be upstaged by her family, Zahara sported a familiar look: her mother’s 2014 Academy Awards look, a beaded champagne and silver gown designed by Elie Saab. 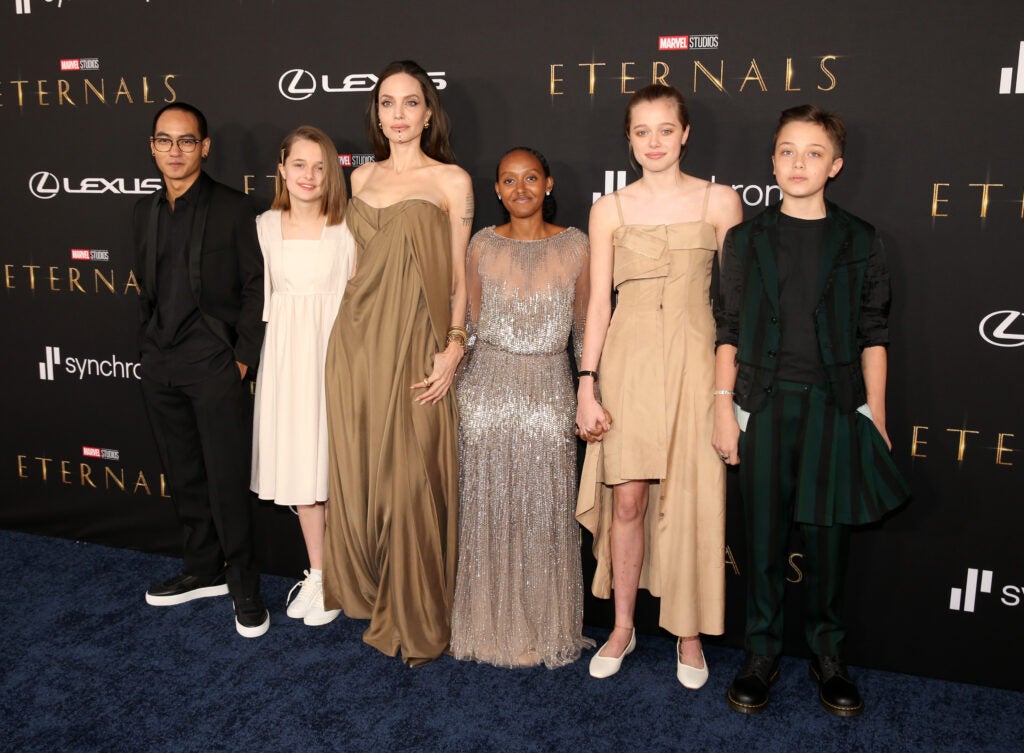 Zahara wasn’t the only member of the family rocking an upcycled look. “My kids are all mixed with vintage, and in my old Oscars dress,” Jolie told Entertainment Tonight on the red carpet. “We did all vintage and upcycled my old stuff.”

Shiloh also borrowed from Jolie’s closet, wearing a tan dress by Gabriela Hearst that the actress had worn this summer. Vivienne opted for a neutral palette as well, with siblings Maddox and Knox donning dark-colored suits to complement their mother’s caramel Balmain gown.

“Eternals” revolves around a group of powerful individuals who must protect Earth and those who inhabit it from dangerous ancient beings known as “Deviants.” When the Deviants return, the Eternals must assemble from far and wide in order to fulfill their epic mission.