Antiques Roadshow is not only popular with UK viewers but since 1997, there has been an American version airing on PBS which is hosted by television personality Mark L. Walberg. In the most recent episode, fans of the collectors show tuned in to see a guest bring a baseball bat used by the late great Joe DiMaggio along for valuation.

He told the expert, Grant Zahajko, his wife wasn’t happy with him when he initially bought the item because the bat’s price tag was similar to the amount he made in a week.

But it turns out to be a pretty good investment as the sports memorabilia gathered a six-figure valuation.

“We can only imagine the use on this. How many hits did this one see? You’ve read about Joe’s bats, Joe DiMaggio game used bats, they’re not readily available,” Grant explained. 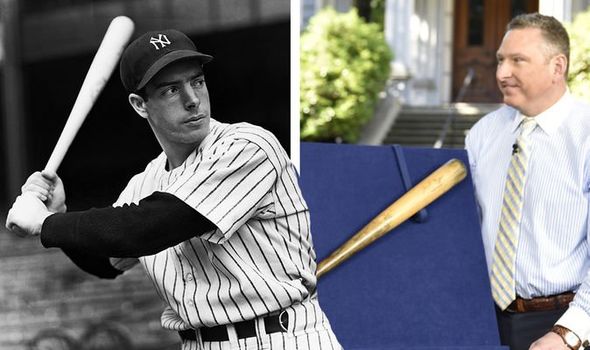 To add to the value of the item, the owner had even managed to get it signed by the great baseball player.

At an autograph signing event, the man met DiMaggio and asked him about his bat’s unique look.

“He said, ‘Wow you’ve got my bread and butter bat! I get a shipment, and I go through the bats and I pick the one that feels good,’” the owner revealed.

DiMaggio played 13 seasons with the New York Yankees and he is known for being one of the greatest hitters of all time, hitting a 56 streak which is yet to be beaten. 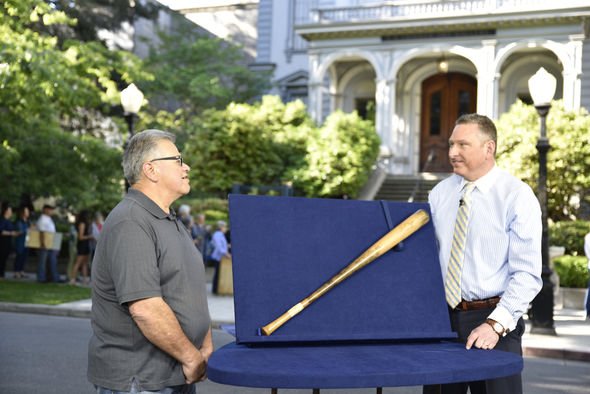 Speaking of the item’s worth, Grant said: “I can find maybe about 50 examples that have come to auction. I don’t know how I could be more excited about an old wood bat to come in than this one. 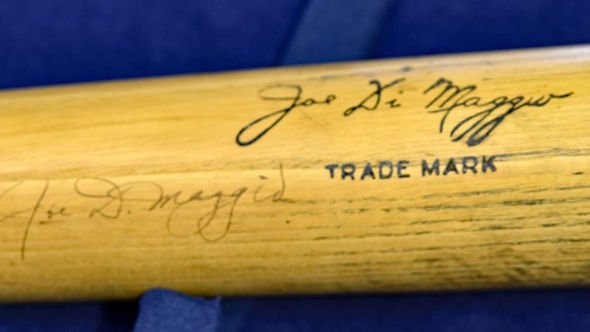 One said: “That guy hit a home run with that Joe DiMaggio bat. $125,000 grand slam #antiquesroadshow.”

“The Joe DiMaggio Louisville Slugger bat featured on the @RoadshowPBS #AntiquesRoadshow was interesting to learn about.. Considering Joe D played 13 seasons & WON  9 @Yankees World Series championships I think it’s worth more than $100,000 because it was his Bread & Butter Bat!” Someone else remarked.

A third added: “Did anyone else know that people actually weigh baseball bats to determine their authenticity?! I didn’t. Thank you #antiquesroadshow and @GZahajko for that most excellent #factoid. #supercool.”

It comes after UK viewers saw a Globe Clock fetch a “staggering” value.

With the show currently on a break, Express.co.uk looked back the BBC archives and found in 2015 and gentleman brought forward a 90-year-old clock for valuation.

Considering his grandfather didn’t pay for the item directly, he shocked it would fetch a very large sum should it go to auction.

Antiques Roadshow UK is available to watching on BBC player.

Paedophiles could be tracked down through photos of their hands