During Steph’s Packed Lunch, host Steph McGovern invited brothers Curtis and AJ Pritchard onto the show to have a cook-off. Curtis and AJ were given the task of cooking a burger of their choice which was then served to Steph, Anton Du Beke and Russell Kane, who had to judge which one was the best. However, as AJ was demonstrating how to make his vegan burger, Anton couldn’t help but have a joke about his burger, which quickly backfired.

Curtis began his demonstration by cooking a beef and streaky bacon burger.

Things went a tad wrong for the former Love Islander when he was adding egg to the beef mince, although, for some reason, the consistency wasn’t right.

“This is going well, isn’t it?” Steph joked. 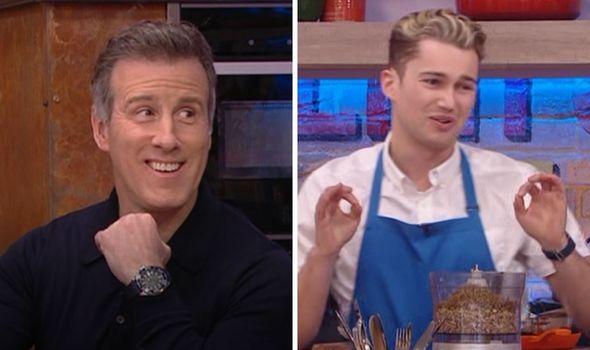 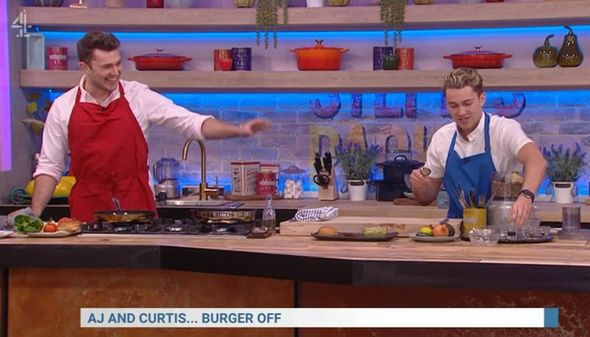 As he continued, Steph turned to AJ as he began to cook his nut and mushroom vegan burger.

“I’ve gone for a burger that you can’t go wrong with,” AJ joked as he looked at his brother.

“I’ve gone for walnuts here and some mushrooms as well. It’s a mushroom plant-based burger.

“And then you go a put your freekeh in and that’s been cooked already.” 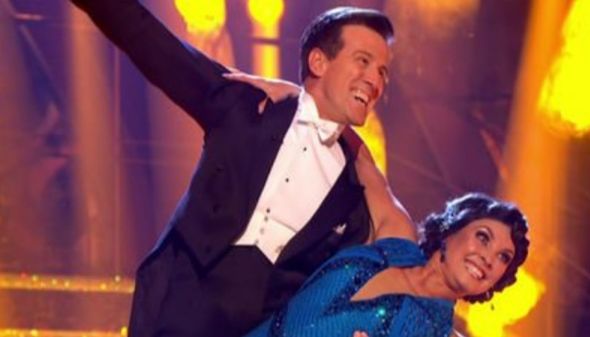 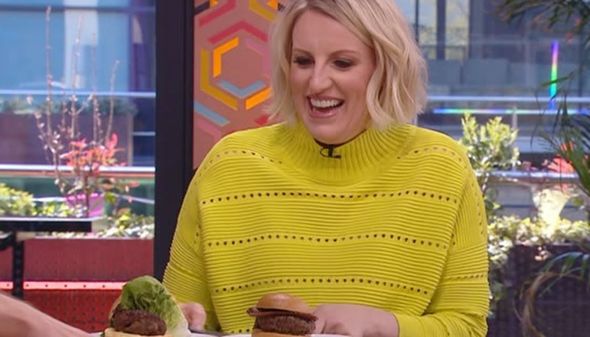 Mocking AJ’s burger, Anton chipped in: “This does sounds like this burger is going to give you wind if I’m honest with you.”

Although, AJ had the best response as he couldn’t help but joke about Anton’s Strictly performances after the fact that he has never made it to the finals.

“Anton, it’s plant-based, it’s what would propel you to the finals,” AJ hit back.

A stunned-looking Anton eventually replied: “Because we’ve both been on it so often.”

Pointing to his brother, Curtis added: “He’s a serial semi-finalist here, he’s never made the final.”

When it came to serving up their burgers, Steph commented: “They’re a bit dry-looking that’s all I will say.”

In the end, Steph and Anton both voted for AJ’s vegan burger, while Russell voted for Curtis’ burger.

Anton has been on the BBC programme from day one, racking up almost two decades on the show.

The BBC recently confirmed he would be part of the 2021 line-up. He will also be joined by fan-favourites Gorka Marquez and Katya Jones.

Despite being the longest-serving professional, Anton still is yet to take the top spot and win the competition.

Last year, Anton bowed out in the very first week after being paired with Jacqui.

NFTs Are Neither Miracles nor Scams

‘Days Of Our Lives’ Spoilers: Stefan Begs Abby To Keep The Baby, Gabi Leans On JJ

Coronavirus could overwhelm hospitals and facilities in Iran