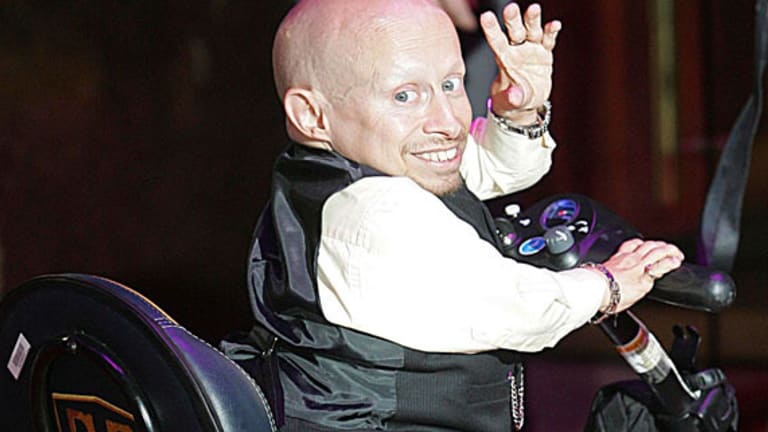 The American actor and stuntman Verne Troyer has died, aged 49.

Troyer was best known for his portrayal of Mini-Me in the Austin Powers movie series.

The actor's credits also include Harry Potter And The Philosopher's Stone and Men In Black.

His short stature – just 2 foot 8 inches – was a result of achondroplasia dwarfism.

''It is with great sadness and incredibly heavy hearts to write thatVerne passed away today,'' the post read.

''Verne was an extremely caring individual. He wanted to make everyonesmile, be happy, and laugh. Anybody in need, he would help to anyextent possible. Verne hoped he made a positive change with theplatform he had and worked towards spreading that message everyday.

''He inspired people around the world with his drive, determination, andattitude. On film & television sets, commercial shoots, at comic-con’s& personal appearances, to his own YouTube videos, he was there toshow everyone what he was capable of doing. Even though his staturewas small and his parents often wondered if he’d be able to reach upand open doors on his own in his life, he went on to open more doorsfor himself and others than anyone could have imagined. He alsotouched more peoples hearts than he will ever know.

''During this recent time of adversity he was baptized while surroundedby his family. The family appreciates that they have this time togrieve privately.''