Having eviscerated political systems on both sides of the Atlantic — and then witnessed each democracy devolve further than any satiric takedown could’ve imagined — it makes sense to see Armando Iannucci flee Earth for the final frontier. The creator of “Veep” and “The Thick of It” returns to HBO with “Avenue 5,” a space comedy about an ill-fated voyage helmed by ill-equipped leaders. Though, yes, that descriptor could apply in a loose sense to his previous efforts, and yes, Iannucci’s latest comedy functions well-enough as a takedown of uber-rich cruise-takers, mega-rich entrepreneurs of the future, and lying liars who don’t know when to stop lying, it’s better as a chaotic black comedy.

That both the trip within the show and the trip that is the show get off to bumpy starts is a bit disconcerting in this immediately-love-it-or-immediately-leave-it era of television, but “Avenue 5” does start to embrace its darkest, most hilarious desires before the first four episodes are up. Add in a slowly gelling ensemble, immaculate production design, as well as Hugh Laurie’s charming lead performance, and there’s enough here for “Veep” fans, Laurie’s fans, or sci-fi comedy fans to beam onboard.

“Avenue 5’s” plot jumps to light speed before firmly establishing its premise, so here are a few things that may not be made crystal clear in the initial hullabaloo: “Avenue 5” is set 40 years in the future. Avenue 5 is the name of a space cruise ship. Yes, space cruise ships are exactly what they sound like — giant spaceships filled with luxury amenities for its wealthy passengers — and yes, previous voyages of this star-bound mega-boat were named Avenue 2, 3, and 4.

Captain Ryan Clark (Laurie) helmed at least one of those trips, and his heroics during Avenue 3’s perilous flight earned him a beloved reputation among just about everyone on Avenue 5. Of course, it helps he’s got a winsome wit, bright smile, and pluming white hair to match, making him the ideal representative for stupid-rich entrepreneur Herman Judd’s (Josh Gad) eight-week vacation packages. Who better to greet guests as they wrap up a yoga session or whisk away a plate of tiramisu than a handsome, heroic man in uniform? 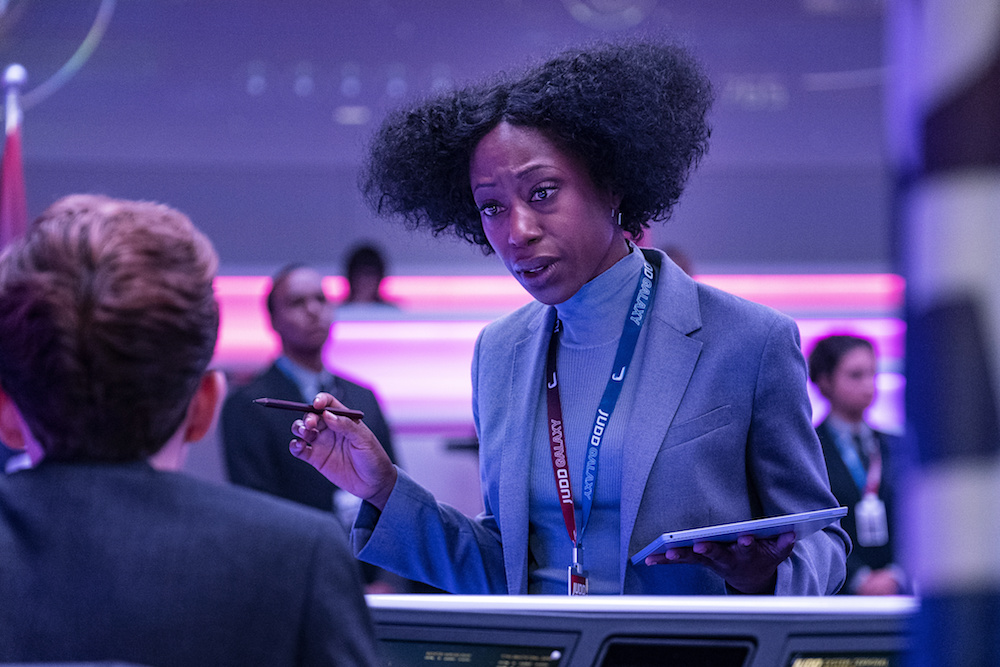 Well, that question gets put to the test when Clark encounters a few problems that can’t be solved with a sharp smile and well-timed wave. Technical difficulties send Avenue 5 off-course, delaying the return home and causing real concerns they may not make it home at all. Though Clark, Judd, and the rest of the officers can contact Earthbound employees for help, there’s only so much assistance they can offer to the wayward ship. (It also feels like there’s only so much humor they can offer the show, as these scenes often feel like they’d work better if only seen by the people aboard Avenue 5.) From the accident onward, Iannucci’s series becomes an interstellar “Poseidon Adventure,” with crew and passenger casualties, an unending string of crises, and ever-building chaos.

Chaos, it turns out, is key to everything. Much like Iannucci’s “Veep” was most entertaining when its politicians were forced into action — be it responding to a national catastrophe with contrived dignity or confronting an enemy politico with poetic vitriol — “Avenue 5” is better when it confronts the true blackness of space. At first, interactions feel a bit disconnected. Everyone is too isolated, leaving Laurie to elevate punchlines that were too slow to arrive and multiple cruise couples to work only within their easily identifiable dynamics. (One couple is on the verge of a breakup, which means the funniest part is that they literally can’t escape each other, and yet it often feels like we can’t escape them.)

Much of this is due to narrative twists being held back by the writers, including Iannucci, Simon Blackwell, and Tony Roche, all co-creators and executive producers. The first few episodes have an odd, choppy pacing; they end in weird spots and narrative problems are evidenced by added runtime. Some of the issues stem from reinvention: “Avenue 5” doesn’t look or sound like Iannucci’s past series. The camerawork isn’t feigned cinéma vérité — there’s less wobbly handheld shots with the all those comedic zooms — and recreating the immaculate blocking, dialogue, and overall timing proves just as tricky with a new cast as it should be. More noticeably, the jokes aren’t built from a barrage of Shakespearean insults. There’s an added dose of gross-out humor and physical comedy to go along with belittling observations and frustrated bits of hilarity. 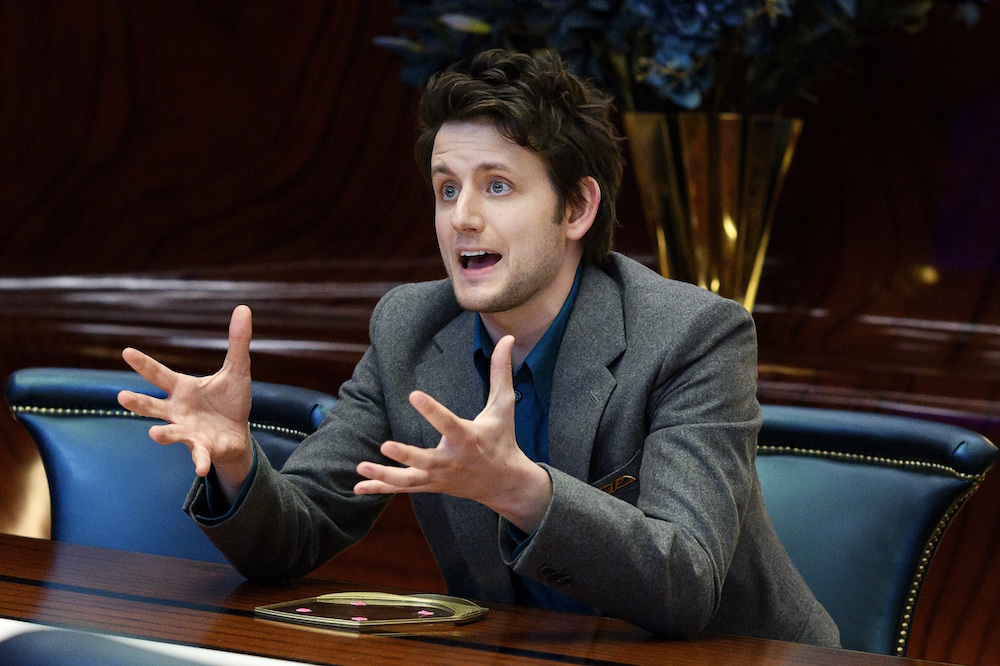 But as the situation intensifies, “Avenue 5” tightens ranks. Trying anything new — especially in comedy — requires experimentation and practice, both of which start to pay off as more groups are thrown together and characters find their footing. Zach Woods’ take on Matt Spencer is perhaps the perfect embodiment of what “Avenue 5” has going for it. As the Head of Passenger Services, Matt listens to passengers’ complaints and does what he can to resolve them. Except… there’s something wrong with Matt. Maybe too many passengers have complained about their neighbor’s “fat breathing” or maybe he’s suffering a psychotic break after seeing a few too many people die on this cruise, but he never has the right answer to a problem, and even if he did, his accompanying screams or nihilistic recommendations would certainly hurt the customer satisfaction report.

But it only makes “Avenue 5” better. There’s no telling what Matt will do next because he’s not grounded by anything. In the capable hands of an excellent improviser and actor like Woods, this kind of chaotic character can really come to life. The same can be said for “Avenue 5.” The more the series embraces its own twisted instincts, the better it gets — scenes in the third and fourth episodes are more surprising, more engaging, and even smooth themselves out while Iannucci ratchets up the madness. This far in, it’s hard to tell if “Avenue 5” can keep up the pace, but there’s enough talent steering this ship to believe it can fly.

EDC chief once warned not to trust data from comptroller