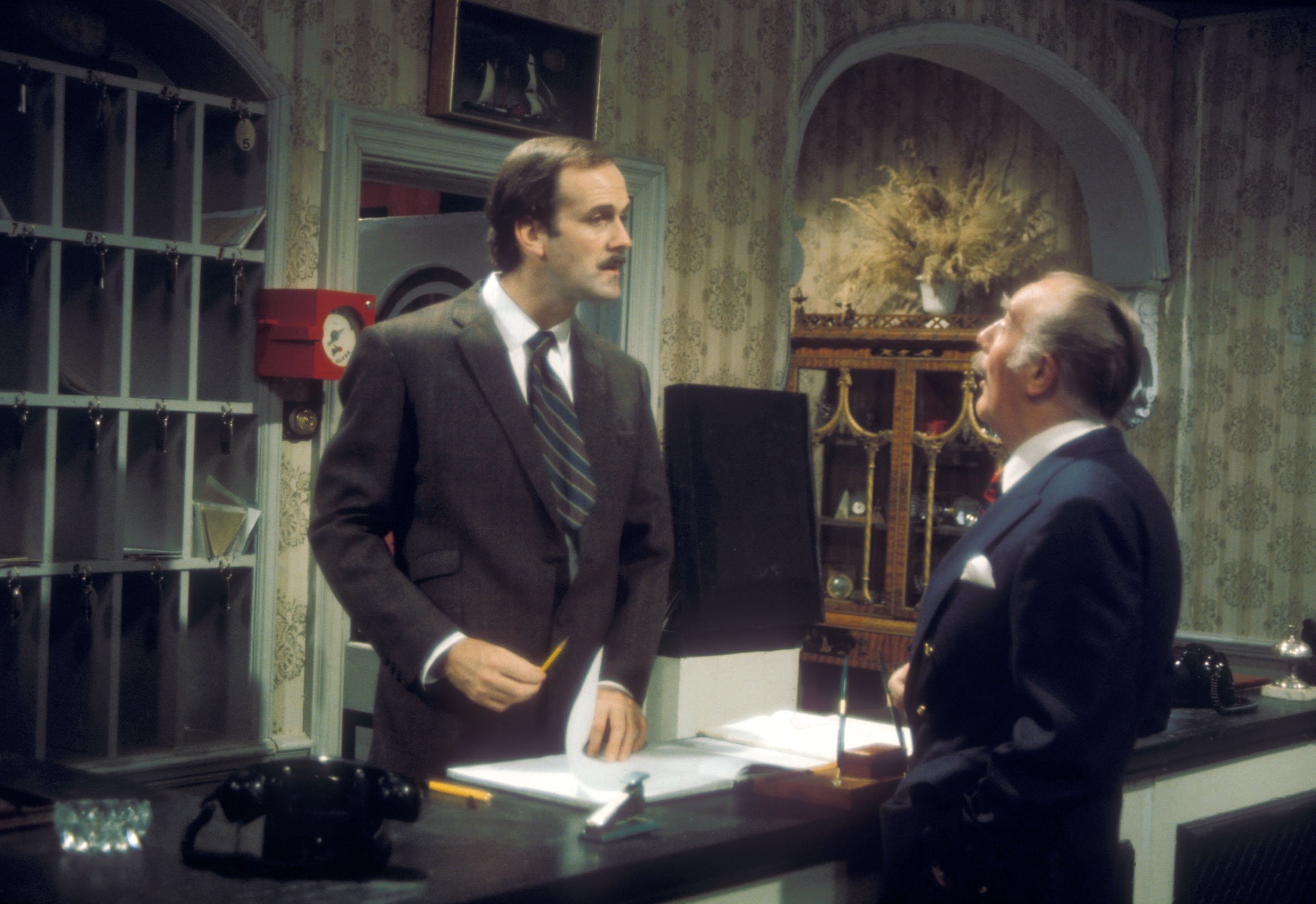 A controversial Fawlty Towers episode aired on the BBC last night after previously being removed from UKTV due to a racist rant, with viewers divided on its return to screens.

Last year the 1975 episode, titled The Germans, was slapped with a content warning after being removed from BBC-owned UKTV and reviewed amid the Black Lives Matter protests, after racist slurs used by Major Gowen were previously taken out in 2013.

The scene in question involved Major Gowan using offensive language while talking about the West Indies cricket team, while also using the N-word and ‘w*gs’.

It was announced last month the episode would indeed remain on air, with the repeat instalment watched by many last night on BBC One as they chimed in on social media and the series soon trended on Twitter.

While it was previously reported the UKTV episode would come with a warning about ‘offensive content and language’, last night’s episode, available on BBC iPlayer, didn’t appear to have one.

However, responding to the series last night the vast majority of viewers appeared thrilled to see the episode air while many supported the removal of the offending scene.

One Twitter user noted the removal of the racist language but questioned why other offensive references remained: ‘I 100% support & understand the Majors racist lines being edited out. I find it weird though that #fawltytowers has sexist comments in most episodes, but no one cares? almost like sexism is more acceptable?’

A scene in which John Cleese’s character Basil Fawlty goose-steps and impersonates a Nazi officer, also shouting ‘don’t mention the war’ remained, however, with some fans defending its context within the episode.

Others still wondered whether the show being back on air was the right decision, with one musing: ‘Bit of a shock to see BBC1 showing Fawlty Towers with The Germans episode. Looks like a Scheduler will be for the sack…’

Another added they were ‘amazed they [BBC] showed it at all’.

A BBC spokesperson earlier said the broadcaster was complying with both the broadcasting regulator and its own standards in cutting the exchange.

A statement provided to Metro.co.uk read: ’We are adhering to Ofcom’s language guidance and the BBC’s Editorial Guidelines and broadcasting the same, pre-watershed compliant version of the show which we broadcast in 2013.’

Cleese – who both starred in and co-wrote the classic comedy alongside Connie Booth – previously responded to the episode being taken down pending review by UKTV, calling the axe ‘stupid’.

‘One of the things I’ve learned in the last 180 years is that people have very different senses of humour,’ he vented to the Sydney Morning Herald.

‘Some of them understand that if you put nonsense words into the mouth of someone you want to make fun of you’re not broadcasting their views, you’re making fun of them.’

‘The Major was an old fossil left over from decades before,’ he continued.

‘We were not supporting his views, we were making fun of them. If they can’t see that, if people are too stupid to see that, what can one say?

‘Fawlty Towers’ has given a large number of people a great deal of happiness, why would you want to stop that. It reminds me of the definition of a Scottish Presbyterian as someone who has a nasty, sneaking feeling that someone, somewhere, is having a good time.

‘A lot of the people in charge now at the BBC just want to hang onto their jobs. If a few people get excited they pacify them rather than standing their ground as they would have done 30 or 40 years ago.’

Despite hitting out at the decision, Cleese supported the BBC editing the slurs out of the episode back in 2013.