Justice Secretary Robert Buckland appeared on BBC Breakfast to talk about a range of topics including smart motorways, vaccinating those in prison and new anti-terrorism measures in events spaces. However, when host Jon Kay challenged him over the recent court ruling that Health Secretary Matt Hancock was found to be in breach of the law for delaying the publishing of PPE contracts, a row erupted between the two.

Kay began: “The fact of the matter is that he acted unlawfully, you can’t have been comfortable with that explanation?”

“There are going to be times where the Government will going to have been held to have acted lawfully and times when they will not have. this was one such occasion,” and added that points had been learned,” Buckland replied.

Kay continued to challenge Buckland over Hancock’s actions, who hit back: “I will absolutely strongly refute any suggestion that there is somehow an attitude in Government that would seek to disregard the important decisions of judges in our court.”

When Kay asked if Hancock believed it was okay to break the law, the Justice Secretary slammed: “No doubt about this, we will always abide by the law.” 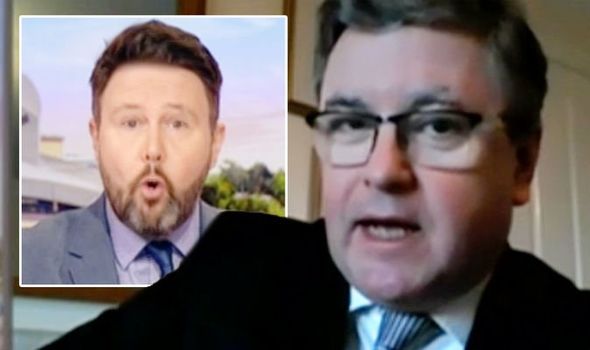