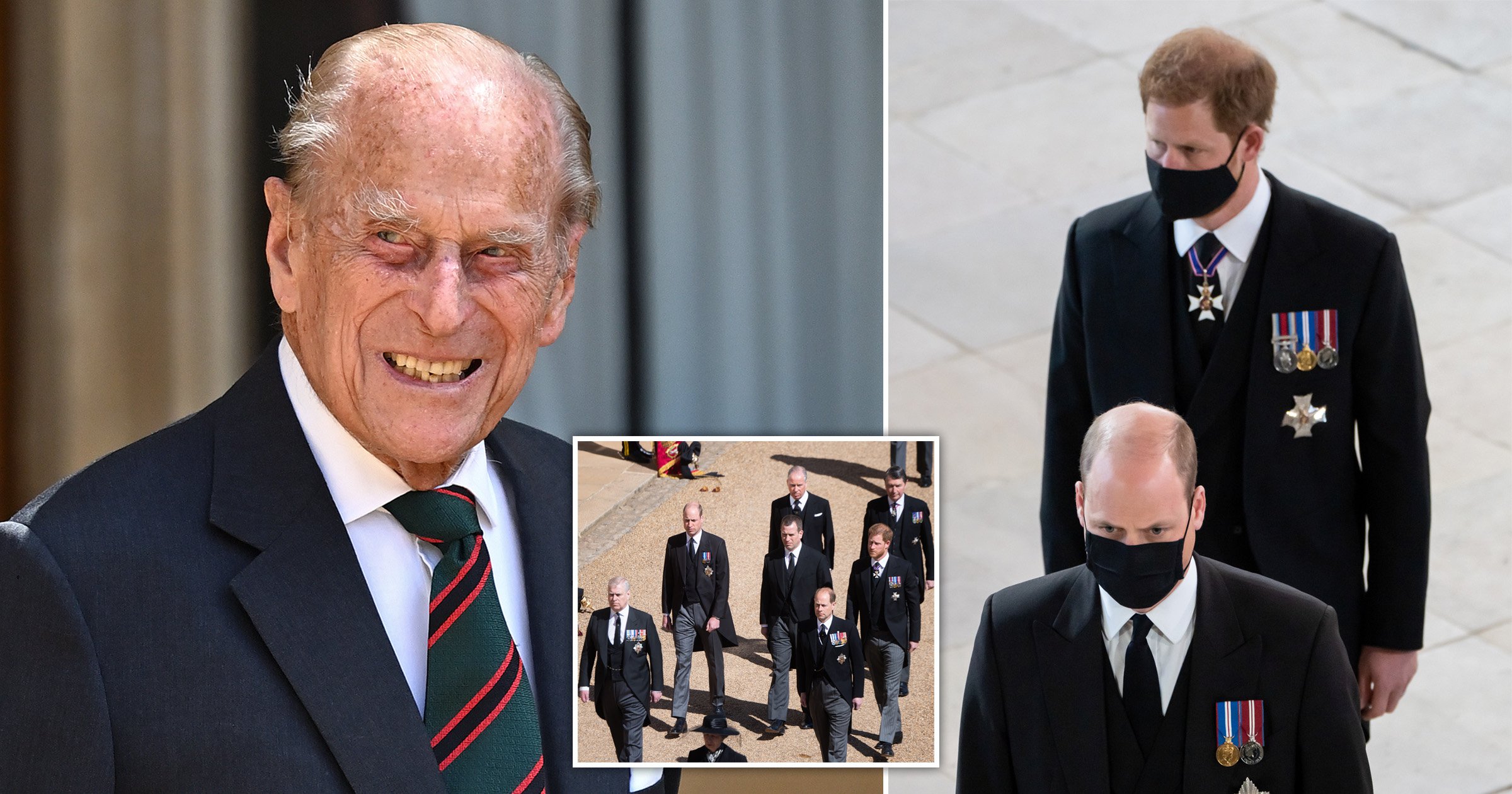 The BBC has received complaints over commentary over Prince William and Prince Harry at the funeral of Prince Philip, Duke of Edinburgh.

On Saturday April 17, Prince Philip was buried beneath St George’s Chapel at Windsor Castle after his death at the age of 99.

Members of the royal family took part in the funeral procession, with Prince William and Prince Harry separated by their cousin Peter Phillips as they walked behind the coffin, before being filmed walking side-by-side after the ceremony.

In a statement shared on the BBC complaints board, the broadcaster announced that the company received complaints over the commentary that was made about the relationship between the royal brothers.

‘We received complaints from people unhappy that Nicholas Witchell offered analysis about the relationship between the Duke of Sussex and the Duke of Cambridge, when reporting on the funeral of HRH The Prince Philip, Duke of Edinburgh,’ the statement read.

In its response, the BBC stated that Prince William and Prince Harry’s relationship ‘has been a focus of interest in recent weeks’.

‘Our Royal Correspondent, Nicholas Witchell, reported in detail on the funeral of HRH The Prince Philip, Duke of Edinburgh, reflecting its historic and national significance, remembering the life and achievements of the Duke, while also examining what this moment meant for The Royal Family,’ the BBC said.

‘The relationship between Prince Harry and Prince William has been a focus of interest in recent weeks. In this context, Nicholas offered analysis of the implications of this solemn event on The Royal Family, and what could be construed about current family relations from what was seen at the funeral.

‘This was a legitimate, impartial and proportionate part of the coverage of this story.’

On the day that Prince Philip died, the BBC cleared its entire non-news-related schedule in favour of dedicated programming focused on the late royal.

In a statement, the BBC said it was ‘grateful for all feedback, and we always listen to the response from our audiences’.

‘We acknowledge some viewers were unhappy with the level of coverage given, and impact this had on the billed TV and Radio schedules,’ the firm stated.

‘We do not make such changes without careful consideration and the decisions made reflect the role the BBC plays as the national broadcaster, during moments of national significance.’