Ms Croxall said to viewers “heaven help you” before Mr McCoy presented the BBC News at One. Her comment was met with off-screen laughter from people in the studio. Twitter users took to social media to share their thoughts on the moment.

One wrote: “A lunchtime legend who makes us smile in bad times.”

Another added: “Nice laughter in the background!”

A third person said: “I loved it. Really made me chuckle and shows a lovely camaraderie.”

Mr McCoy also responded to a clip of the moment and said: “I don’t know what she means…” 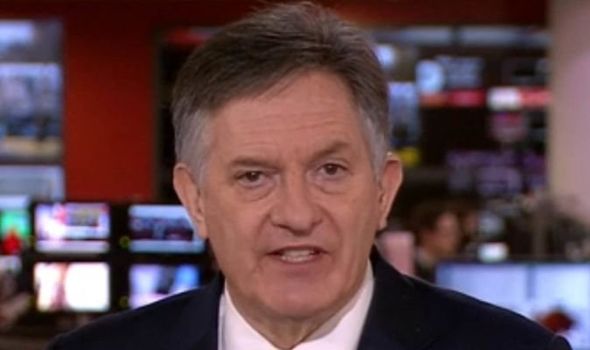 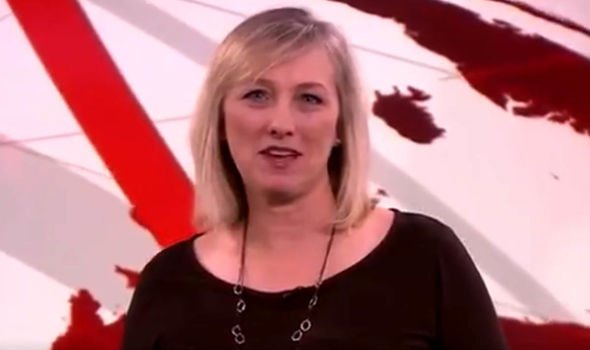 The BBC News presenter has previously savaged BBC bosses for making him report on “tabloid gossip” about footballers’ wives, Coleen Rooney and Rebekah Vardy, live on air in a hilarious rebuke.

Mr McCoy agreed with a viewer who questioned why on Earth he was having to report on the story.

The viewer, Alan Hutch, took aim at BBC bosses in a tweet as he said, “it’s not as if we’re short of real news”.

Mr McCoy was reporting outside from Penzance in the wind at the time when he gave his own opinion on what he thinks of discussing gossip news.

The hilarious comment has been shared online as one social media joked: “Simon McCoy outside in the cold on BBC News trying to explain the Rebekah Vardy and Coleen Rooney story is all I need.” 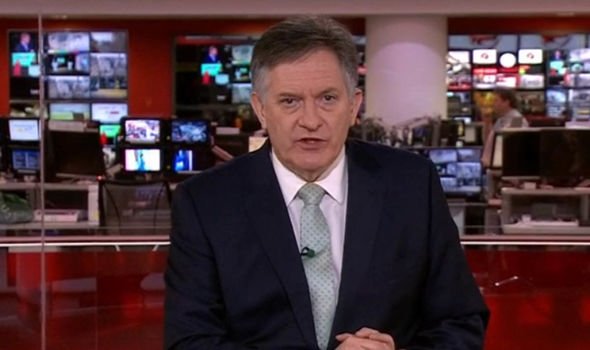 Mr McCoy has made numerous gaffes while on-air including when he brought his Afternoon Live show to a complete standstill when the veteran host made a dramatic claim live on air.

The celebrated TV host struggled to contain himself after a hilarious and enormously drawn out interaction with BBC meteorologist Nick Miller that ended with both hosts in fits of hysterical giggles.

Mr McCoy also admitted he’d almost “got fired” over a similar gaffe in the past.

The segment began well enough, with Nick Miller explaining the weather map behind him and the large blue rain clouds hovering over much of Scotland.

Another Extraction Movie Is Coming, But Will It Be A Prequel Or A Sequel?

Trending products from independent brands on The Drop