It’s pretty incredible to think about how completely the Breaking Bad fan base has embraced Kim Wexler, who wasn’t part of the original series. She’s one of several new characters on the prequel spinoff, Better Call Saul, who has become just as popular as the original cast. Fans are begging for Rhea Seehorn, the actress who plays Kim, to get the Emmy recognition she deserves.

Seehorn is not immune to these compliments. Recently, she satdown with fellow AMC actor Jeffrey Dean Morgan and his wife, Hilarie Burton, anddiscussed some of the wildest fan theories she’s seen. 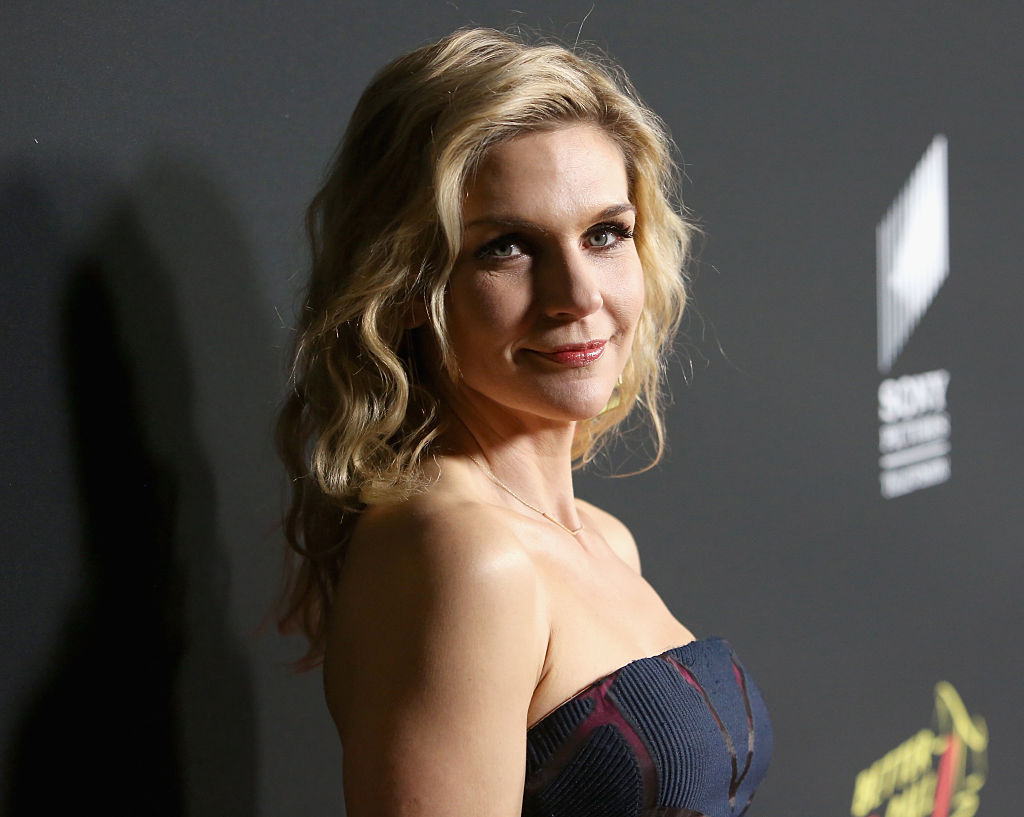 There’s no way around it. Unless Kim was sitting around waiting for Jimmy to get home every night, turning a blind eye to his criminal dealings and aggressive sexual comments toward his secretary, there is no way Kim survives into the Breaking Bad timeline. By the end of Better Call Saul season 6, she’ll either be dead or far, far away from Jimmy.

But it’s the “how” of what happens that’s causing the most conversation. In the season 5 finale, Kim shocked everyone by announcing her intention to pull the ultimate scam on Howard, which would ruin his reputation forever. This will make all her previous small cons look tame by comparison.

Though she said she never reads Reddit forums because she’s too“chickensh*t” to see if fans are speaking badly about her, Seehorn has kept upwith a few of the wildfan theories about what happens to Kim. She told Morgan and Burton that oneof her favorites involves Kim working at the mall with future Jimmy.

“There are people who are sure she works at Clarie’s accessories next to the Cinnabon,” Seehorn said, Den of Geek reported. “I always say I need my own combover and mustache.”

The 48-year-old actress is referring to the flash-forwardscenes of Jimmy after he’s been given a new identity by Ed the Vacuum Repairman.In his new life, Jimmy lives as Gene Takovic and is the manager of a Cinnabonin Omaha.

Seehorn knows Kim is on the verge of something terrible

The Ballad of Jimmy and Kim.

The mall employee angle might be the funniest, but unfortunately,Kim seems to be heading down a treacherous path of her own making. And while itstill doesn’t seem likely that Kim will die, there is a chance that she’ll windup ruining the most important relationships in her life.

Series showrunners remain tight-lipped about whatwill happen to Kim — and to the rest of the characters who aren’t in BreakingBad, such as Lalo and Nacho. But no matter what their fates, it’s been a pleasuregetting to know them on Better Call Saul.

Better Call Saul is scheduled to return for the finalseason in 2021.

Winston Churchill cried ‘but she’s just a child’ before first meeting The Queen at 25, historian claims