The Big Bang Theory has revealed who’s playing Amy’s parents in the season 11 finale’s wedding of the century.

We already knew the guestlist for Amy and Sheldon’s wedding, including a certain Mark Hamill whose role is being kept secret, and now EW has confirmed that Kathy Bates and magician Teller (of Penn & Teller fame) will be playing Amy’s parents. 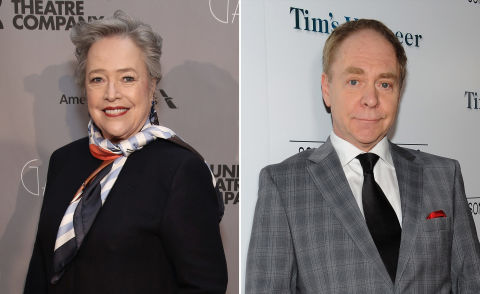 Amy’s mother has previously appeared in season nine when she was played by Annie O’Donnell in a brief video chat appearance, but her father has never appeared on the show.

Earlier this week, Mayim Bialik got us well and truly into that wedding spirit by giving fans a sneak peek of Amy and Sheldon’s wedding attire. We’re going to be honest – we’ve never been more excited by a pair of Flash socks before.

She also shared her adorable reaction after meeting Hamill for the first time, not realising that the Star Wars legend was going to see it.

“Hello Mr. Hamill. I am so embarrassed you saw the video of me freaking out. I really respect you and am so grateful to have you here at Big Bang Theory. Also: wow. Also: see you in a few minutes from when I am typing this,” she joked.

The Big Bang Theory will air the wedding episode on May 11 on CBS in the US and soon after on E4 in the UK.

Power comes back for most in Texas, but other problems pile up