Rylan Clark-Neal has posted a cryptic tweet following rumours that Big Brother’s Bit on the Side could be getting the chop.

“Don’t believe everything you read,” Rylan wrote, adding: “The funny thing is there’s about 9 things that tweet could be about. Have a great Sunday you lovely lot x.”

Rylan’s tweets come amid claims that Big Brother’s Little Brother could be making a return and replacing Big Brother’s Bit on the Side.

That said, there’s no official word from BB – so Digital Spy has reached out to the Channel 5 show for comment.

According to the Daily Star, Big Brother’s Bit on the Side may be given the boot in an attempt to win back viewers of the main show – by bringing back Little Brother and taking the show back to its roots. 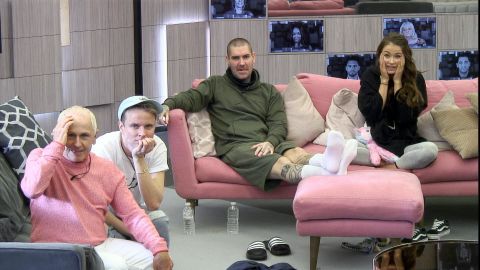 Still, reports say that BOTS presenter Rylan Clark-Neal is safe, as he’s being lined up to present Little Brother.

The current deal between Channel 5 and production company Endemol expires at the end of the year, and there has been no word yet on whether Big Brother or Celebrity Big Brother will continue in 2019.

Earlier this month, Emma Willis called on Channel 5 to renew Big Brother, amid heavy speculation that the franchise could be axed.

“I’m hoping it’s not the last Big Brother,” she told The Sunday People. “I hope they recommission it. I love it. They did brilliant things in January.

“I think they could do that for the summer series.”

Channel 5 is said to be taking new show pitches for a potential replacement in the event that a new deal with Endemol cannot be agreed.

The broadcaster is also thought to be considering a number of other options, including potentially scrapping or shortening the civilian version or cutting the franchise’s budget.

Lyrid meteor shower UK: when does it peak this week?

The 3 Primary Reasons the Hulk Must Return to the MCU