The show is astonishingly filthy, even by the post-South Park standards for adult animation. Yet what made the first season so great, and makes this second season just as strong, is that Big Mouth recognizes how important the second half of Andrew’s statement is. Andrew, Nick (co-creator Nick Kroll), Jessi (Jessi Klein), Missy (Jenny Slate), Jay (Jason Mantzoukas) and their friends are powerless in the face of their own baffling, overwhelming desires. To these kids, anything can be sexualized at any time: a pillow, a sock, a gym coach’s whistle, even a doll they’ve had since infancy. It’s all raunchy, and all mortifying, and the advice they get — whether from their so-called Hormone Monsters, the insane ghost of Duke Ellington (Jordan Peele) or the many hapless adults in their lives — only makes things more confusing.

(At one point, Ellington sings to Nick, “Listen to the ladies / and you’ll be rolling around in a big field of titties / But don’t trust the titties / The nipples are tiny cameras!” This is about as useful as it gets.)

The series is littered with jokes, song parodies and animation that all betray great imagination while leaving nothing to it. (There’s a gag in one episode about a character having a collection of Nazi dildos; by the principle of Chekhov’s Gun, there’s a payoff before the season is over.) But Big Mouth is defined as much by the bizarre and graphic imagery as it is by its deep reservoir of empathy for adolescents whose bodies are growing much faster than their minds and souls can keep up. They all feel bewildered and frustrated and alone, and Season Two literalizes their sense of self-doubt by introducing the Shame Wizard (David Thewlis, channeling Professor Snape rather than Remus Lupin), a hooded ghoul with a knack for hitting each character in their most vulnerable spot. In a hilarious and harrowing two-parter near the end of the season, the Shame Wizard turns a school sleepover into a playground where he’s able to mortify faces both old (Andrew Rannells’ proudly bitchy Matthew) and new (Gina Rodriguez as the first girl in class to develop curves, for good and — mostly — for ill).

The voice cast is overflowing with performances so sharp and indelible, it makes it hard to look at the actors in other roles without thinking of them being menaced by disembodied furry penises. As Jessi’s Hormone Monstress, Maya Rudolph remains first among equals, perfectly capturing the way that puberty descends upon girls differently than boys. Where Andrew’s monster (Kroll, still sounding uncannily like Will Arnett) is in perpetual search of orgasms wherever and however they can happen, the Monstress is just as prone to self-doubt and despair as she is to desire. It’s a tough season for Jessi, as her parents’ marriage crumbles, and both she and the Monstress seem perpetually on the edge of tears, rage, or both. (“You’re gonna be one of those weak women who goes for bad guys with stupid brains and garbage dicks!” the Monstress wails at Jessi at one point.) 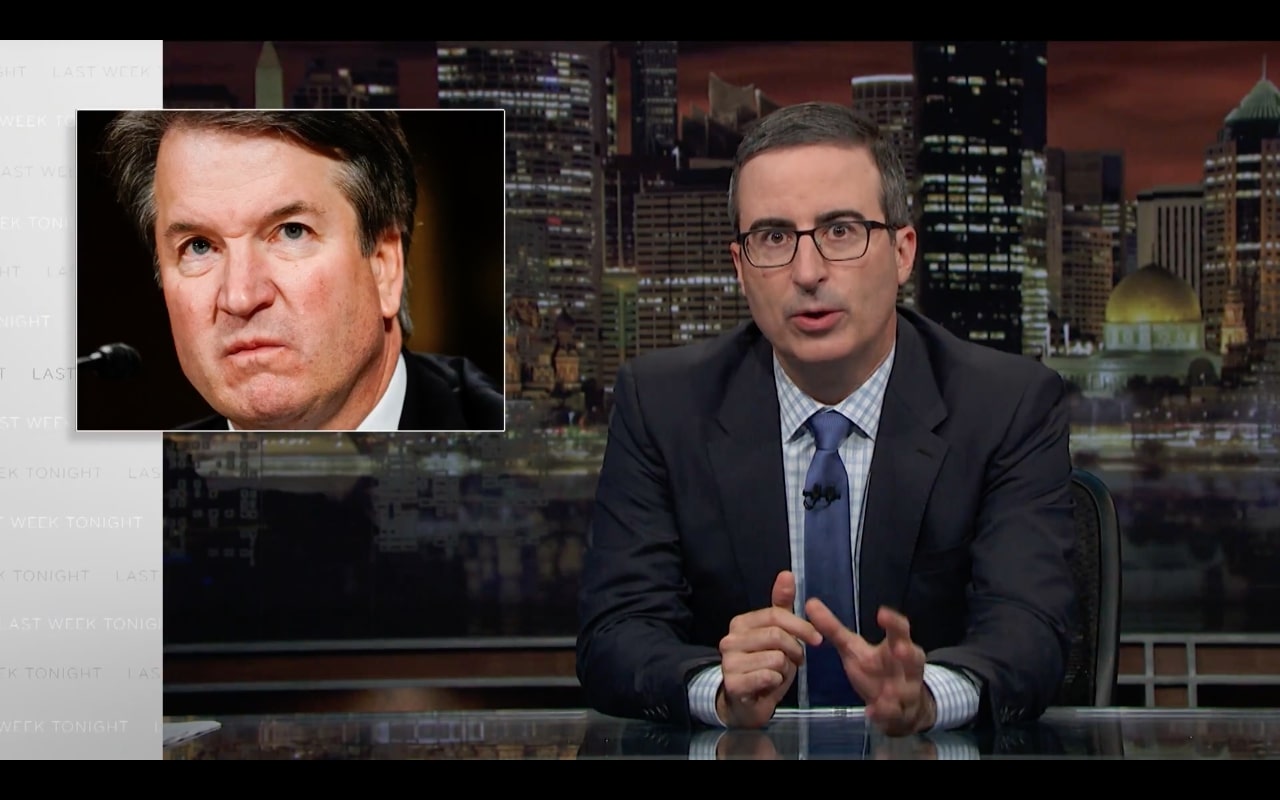 Quincy Jones, From A to Z

For a show with so many dumb characters — chief among them Kroll as the barely-functional Coach Steve, who describes sex as “I made thick in her warm” — Big Mouth is whip smart about so much. The fifth episode finds the kids trying to explain Planned Parenthood to Coach Steve, who asks, “Do you have some sort of skit that we can watch that would be entertaining and informative, but not too preachy?” “That is a fine line we’re trying to cross,” admits Nick — and the episode (which includes homages to Star Wars, Charlie Chaplin, Get Out and more) lives up to Steve’s request.

It’s an odd and delightful thing Netflix has going with some of its shows about being a teenager. American Vandal is a mockumentary about dicks and poop, and it’s also an achingly well-observed portrait of modern high school life. Big Mouth is a surreal cartoon farce filled with apparitions and monsters and one character who turns into Thomas the Tank Engine as he’s about to lose his virginity, yet few shows with mundane live-action heroes have felt as accurate in their depiction of puberty.

Mueller’s probe has produced a rogues’ gallery of liars