Now Robbie Williams’ wife Ayda is doing her bit to help her man stay out of trouble with Her Majesty — by buying the rock star his very own indoor cannabis farm. 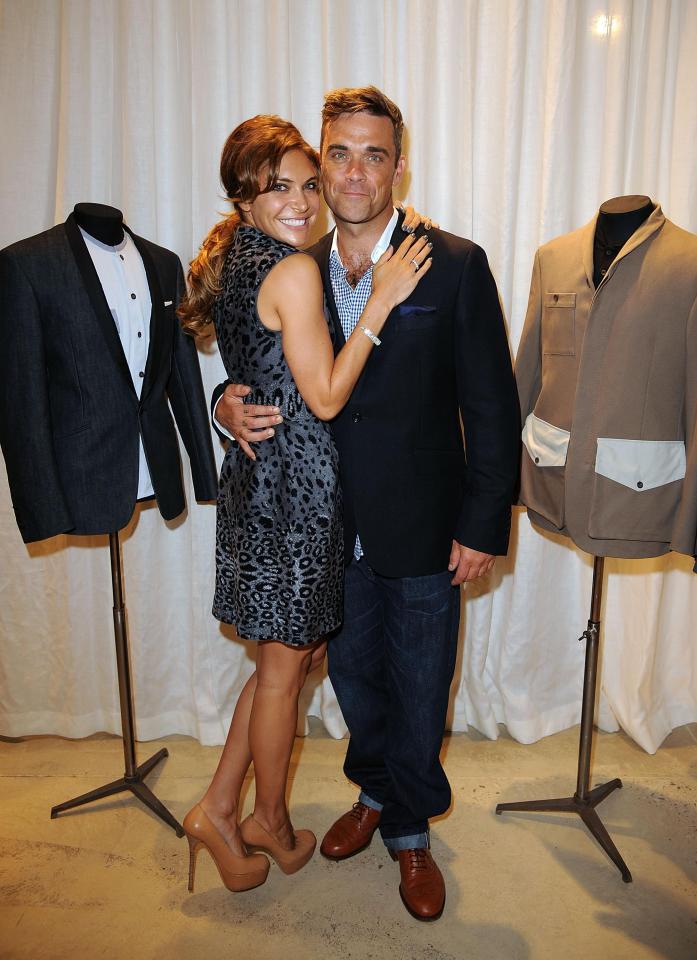 It will let Robbie smoke freely at their mansion in California, where the drug is legal.

Her surprise anniversary present was discovered by the former Take That singer’s grime collaborator Big Narstie, who was invited over to the couple’s LA home after they teamed up on 2017 tune Go Mental.

Narstie  said: “It was all very surreal. He phoned my booking agent and said, ‘Robbie wants to do a tune’. We recorded together. He wasn’t what I expected.

“He’s very cool. He’s very down to earth and a humble person, and he’s got a good wife. 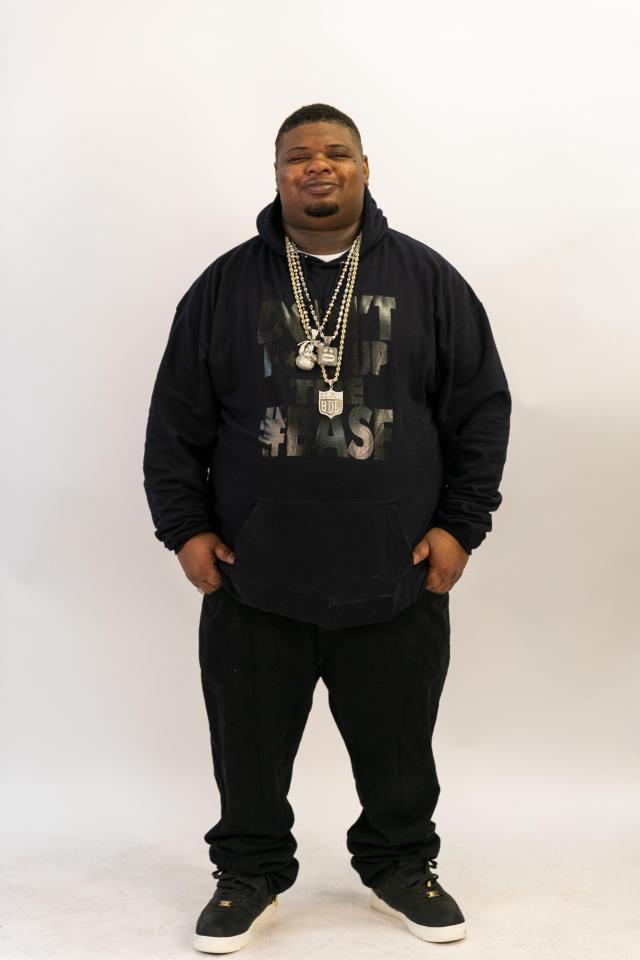 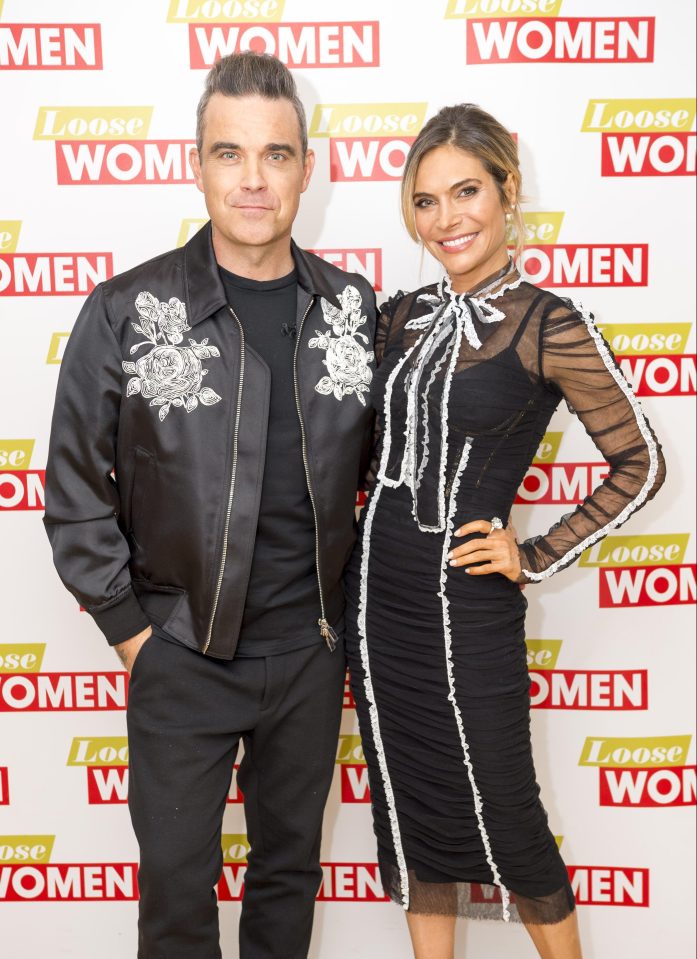 “I saw the present she got him for their anniversary.

“She got him a whole weed farm in their basement in LA. That’s how you drive. It’s legal innit? It’s legal.”

Robbie has made no secret of his love for the Class B drug in the past, admitting to using it recreationally even though he said it didn’t “mix well” with him.

Last year he even owned up to smoking the substance, which is illegal in the UK, at the palace when performed there for The Queen’s Diamond Jubilee Concert in 2012. 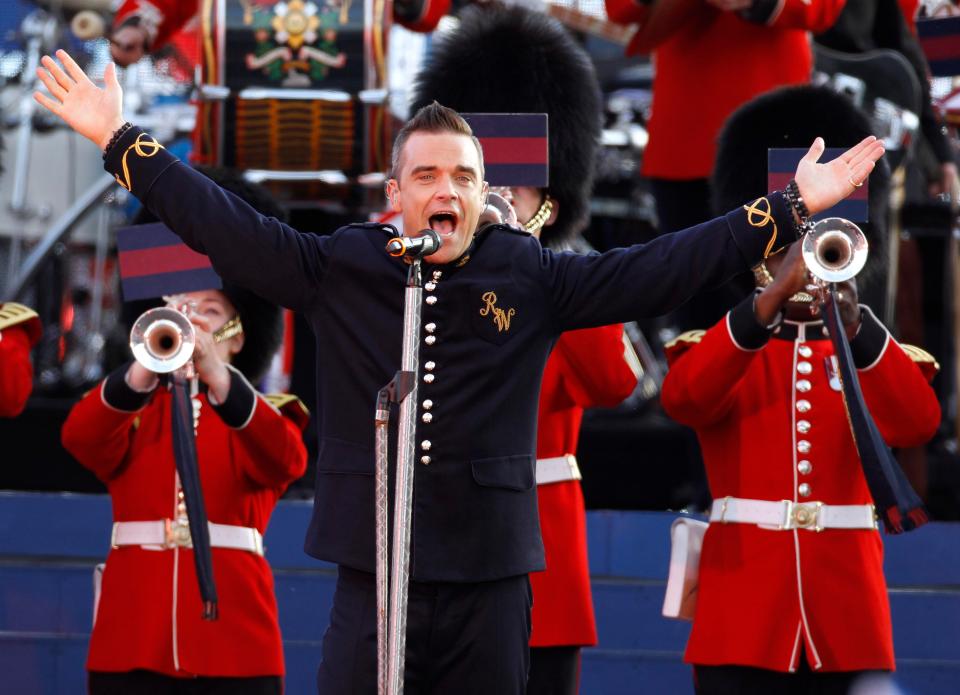 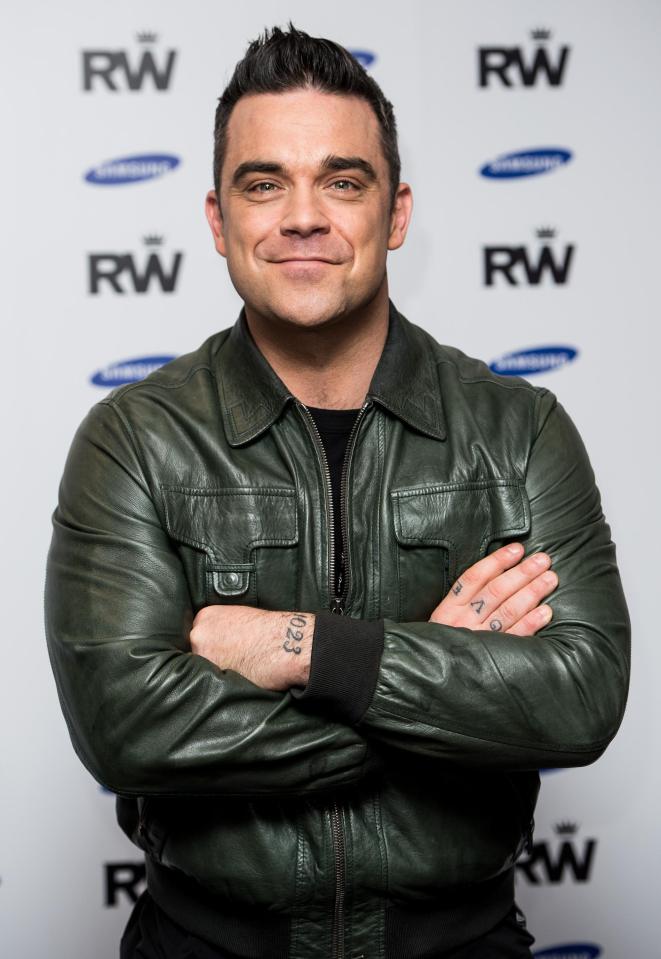 He was taking a leaf out of the book of The Beatles, who smoked marijuana in the palace’s toilets minutes before being awarded their MBEs in 1965.

John Lennon later said that by the time they met Her Majesty: “We were giggling like crazy because we had just smoked a joint in the loos of Buckingham Palace.”

But the Londoner is finally releasing his own debut album BDL Bipolar, featuring new track Woah on July 6.

The 18-song collection will feature collabs with Craig David, Raleigh Ritchie and his good pal Ed.

Narstie said of Ed: “He’s my bro. Obviously, we’ve done songs together already, but I wanted to get him out of his comfort zone.

READ ON FOR MORE OF SIMON BOYLE'S BIZARRE COLUMN

Life over for Brian

THERE have been whispers of a Westlife reunion for a while, but Shane Filan has ruled out ever inviting Brian McFadden back.

The pair haven’t spoken in more than a decade and Shane admits he sees the group as a foursome with Kian Egan, Nicky Byrne and Mark Feehily. Brian quit in 2004. 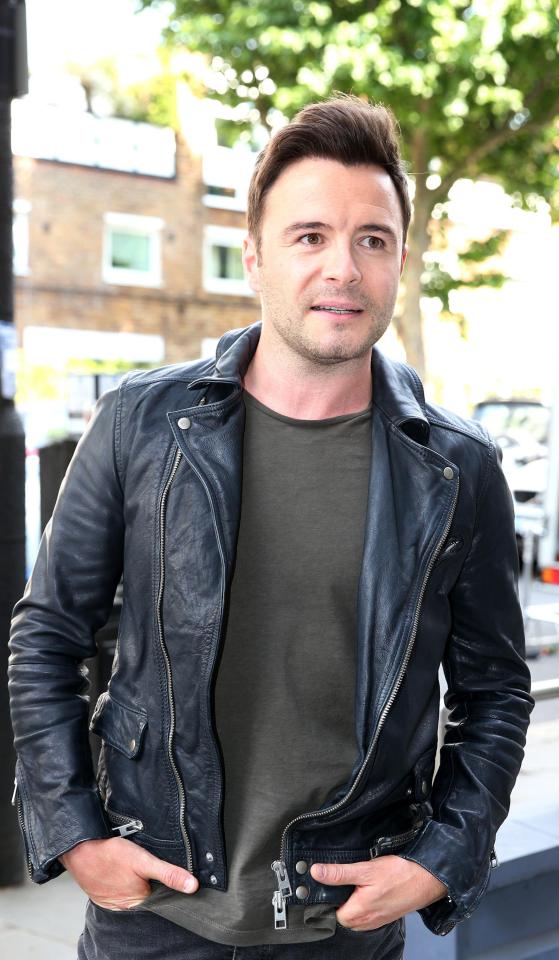 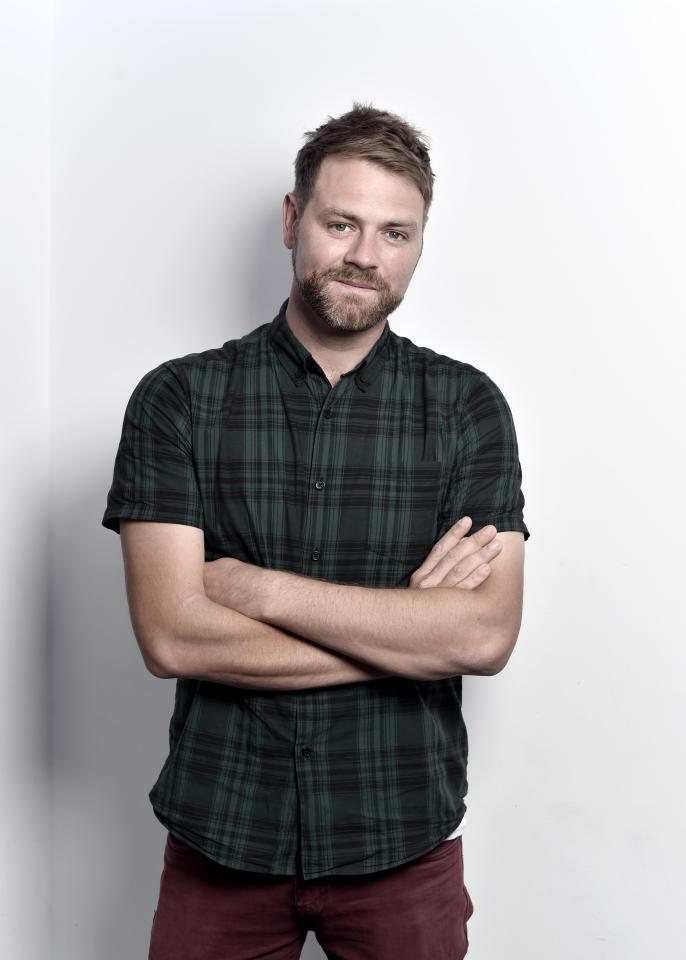 The singer, who is promoting solo album Love Always, said: “I haven’t seen Brian in ten years. We’ve just lost touch, it’s like going to school with somebody and then not speaking.

“I wouldn’t speak to him to reminisce, not all all. We all had a good relationship with Brian then he just left the band very early on and I don’t think we would ever reunite with him.

“I honestly see Westlife as being four people now – the four people who started and finished Westlife are what I consider the band. Brian has been out of the band longer than he was in it. If we ever reunited down the line it would only be the four of us.”

Back to the drawing board then, Brian.

NE-YO IS THE REEL DEAL 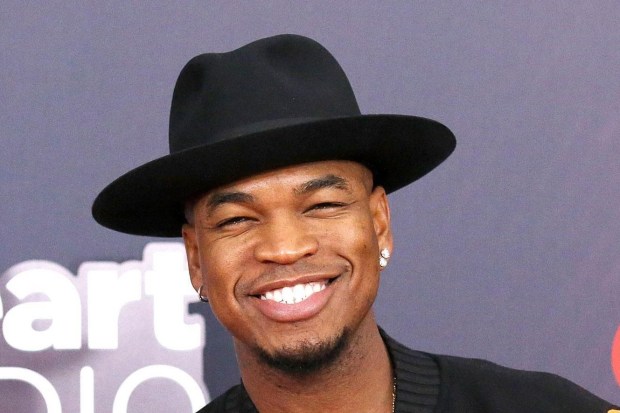 In an exclusive interview, the US singer known for Sexy Love and Miss Independent said: “I want to get more into the TV and film space, maybe not in front of the camera. I want to direct and write.

“I have started writing a movie. I’m not totally confident how good it is yet, as I’m still learning.

“There’s a major difference with writing a story in three minutes versus a story you spend an hour to two watching – there’s a lot more detail.”

Meanwhile, he is releasing album Good Man on June 8, featuring Stefflon Don and Bebe Rexha. It is dedicated to the #MeToo movement and how Ne-Yo has changed his life to treat women with more respect.

He said: “It’s time for me to put a spotlight back on what chivalrous values are and why we’ve lost them and what they’re supposed to be.” 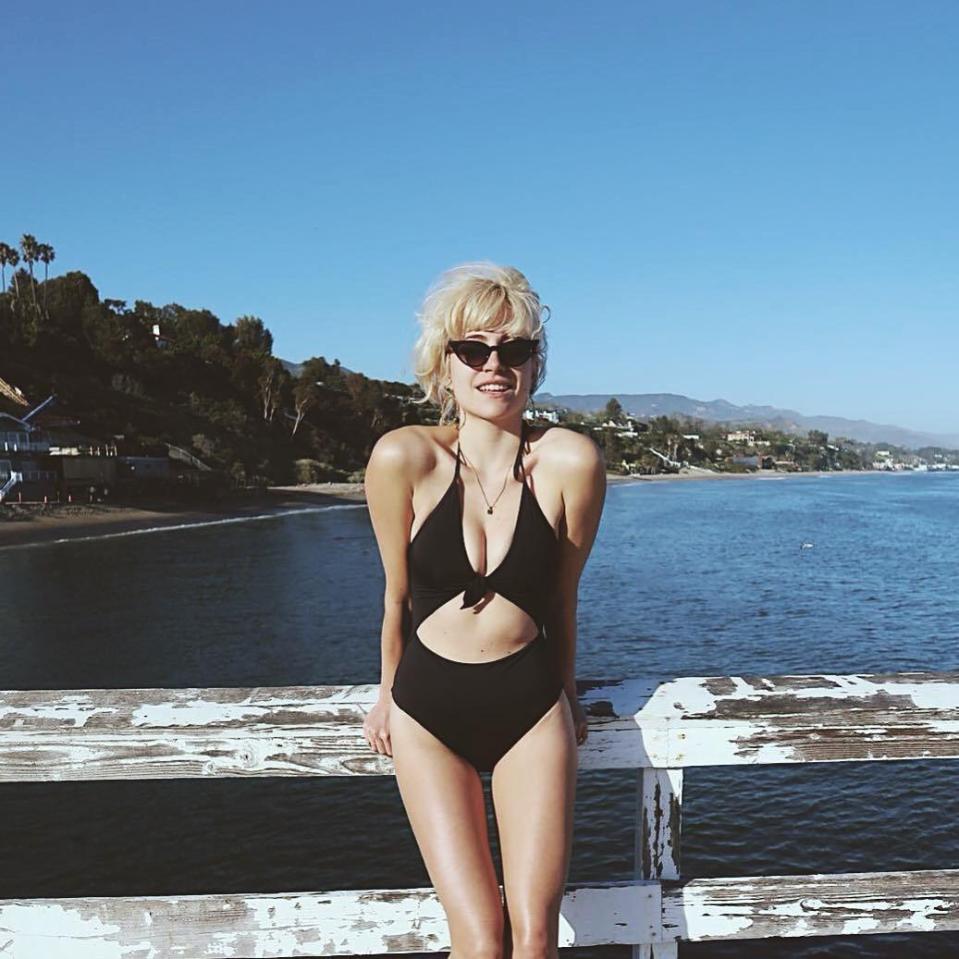 PIXIE Lott is making the most of the Californian sun after her Coachella escapades.

The singer showed off her trim figure in this swimsuit post.

Any dreamcoat won't do, Naomi

NAOMI Campbell seems to have given Joseph’s amazing Technicolor dreamcoat a makeover.

The model wore the blinding outfit for the opening night of Summer: The Donna Summer Musical in New York on Monday. 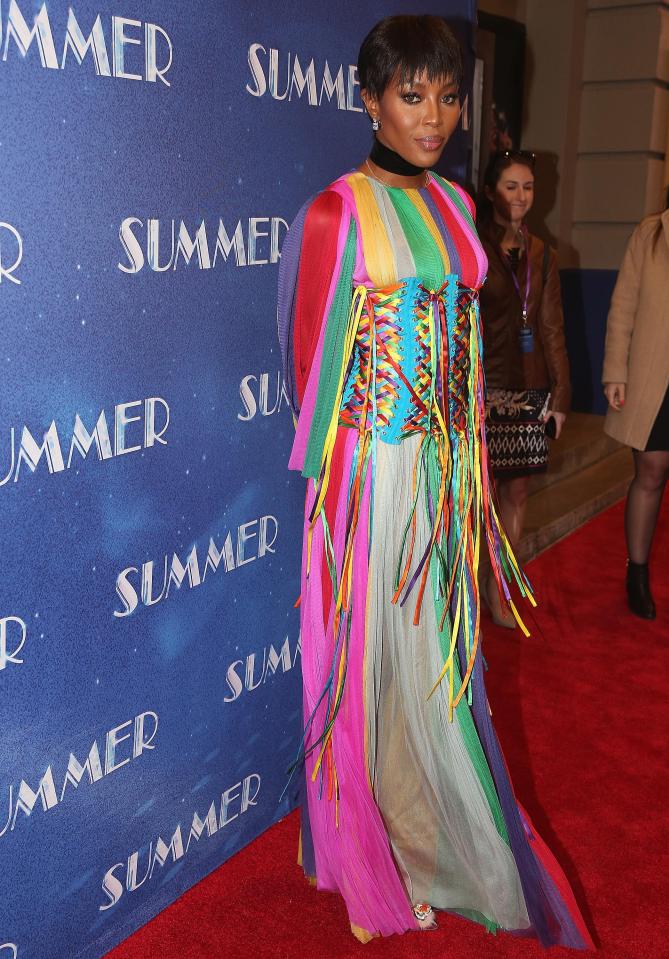 Naomi recently said she has always been “self-conscious” over her clothing choices.

This hardly screams shy and retiring . . . 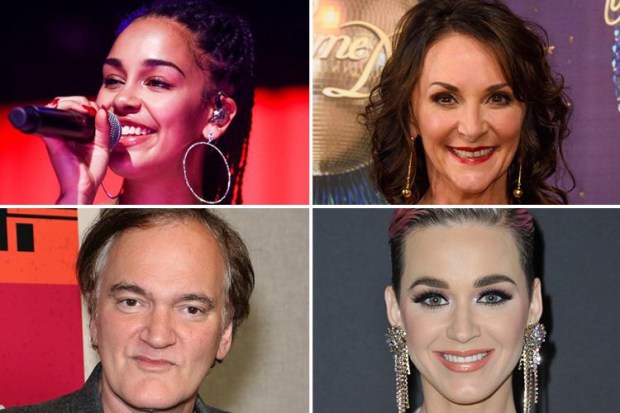 Ryan Gosling had the hots for Britney Sperars when they were on the Disney Channel.

Their former co-star Christina Aguilera told James Corden: “I know Ryan. He did actually have a crush on Britney.”

GIGI Hadid gets the gold for flashiest birthday costume.

The model turned 23 on Monday and had a night out in New York to celebrate. 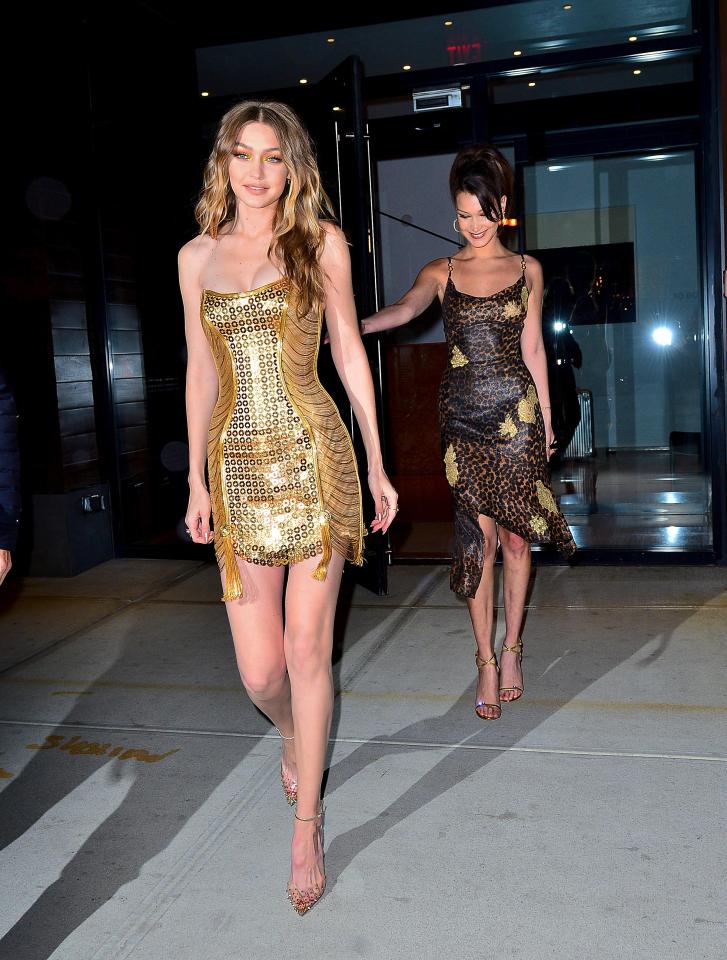 She was joined by younger sister Bella, who also extended her best wishes on Instagram, writing: “You’ve been waiting for this day for your whole life . . .  23!!!! Golden! Just like u!”

But there was no sign of Gigi’s on-off boyfriend Zayn Malik following their recent split, despite the singer being spotted leaving her Manhattan flat last week.

It’s hard to keep up with all this.

Ivor got good news for Stormzy

ED Sheeran and Stormzy lead the nominations for next month’s Ivor Novello Awards, bagging double nods along with indie band Everything Everything.

But the close pals and collaborators have been spared from having to go head to head. 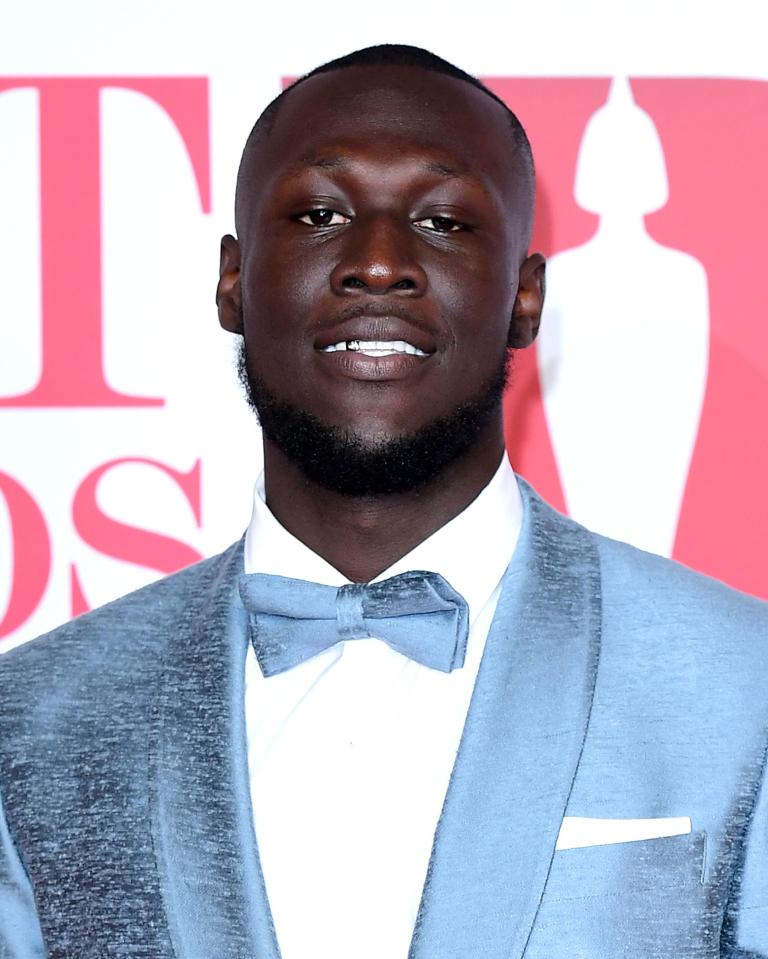 Ed takes on himself after dominating the Most Performed Work Category with Castle On The Hill and Shape Of You both in the running, along with Rag 'N' Bone Man’s Human.

Stormzy will be hoping to follow in last year’s winner Skepta’s footsteps and fly the flag for grime in the Best Contemporary Song category, with Don’t Cry For Me featuring Raleigh Ritchie.

He’s up again in the coveted Album Award for Gang Signs & Prayer, along with Everything, Everything’s A Fever Dream and This Is The Kit's Moonshine Freeze.

Elbow’s Magnificent (She Says) and Sampha's (No One Knows Me) Like The Piano are up for Best Song Musically and Lyrically, along- side Every- thing, Every- thing’s Can’t Do. 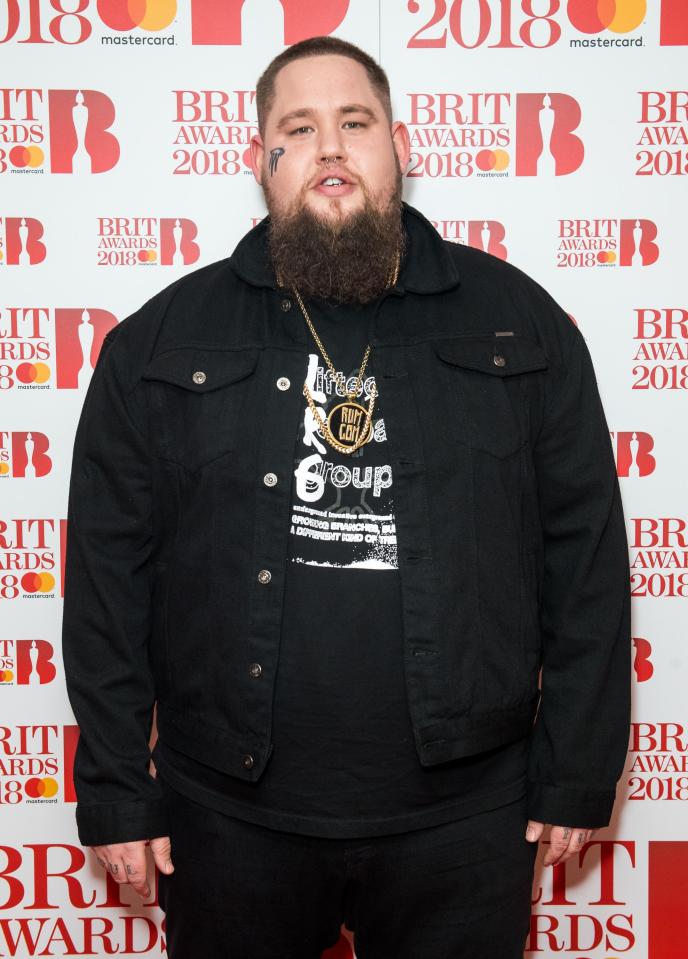 The 63rd Ivor Novello Awards ceremony, in London on May 18, recognises the best in UK and Irish songwriting in 2017.

Two big gongs – Songwriter of the Year, won by Adele in 2016 and Skepta last year, and The Ivors Inspiration Award – will be announced on the night.

The blues rock singer and guitarist, whose latest album Wild was a Top 20, will play 11 dates beginning in October.

STRICTLY Ballroom was the 1992 breakthrough for film director Baz Luhrmann but does the West End adaptation do it justice? I sent Bizarre theatre fanatic Rod McPhee to the Piccadilly Theatre to see . . .

A Camp kaleidoscope of high kicks, comedy and kitsch costumes – and that was just Will young as he took centre stage in the London premiere of Strictly Ballroom: The Musical. 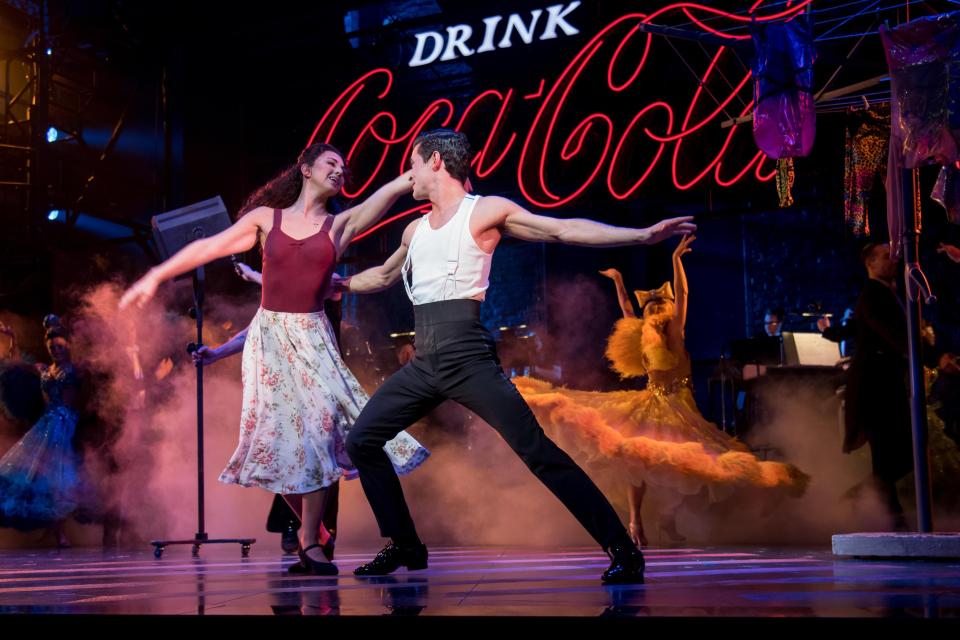 This shimmering masterpiece is a faithful adaptation.

Will – a drop-out from TV’s Strictly – wears an exceptionally tight pair of sequined trousers as bandleader Wally Strand, who narrates and brilliantly bursts into a string of 80s pop classics.

They are the soundtrack to the love story between Scott and Fran, played perfectly by Zizi Strallen and ex-EastEnder Jonny Labey. It is a joyous, heart-melting blast – plus Will Young doesn’t quit halfway through.