Strictly Come Dancing fans saw Bill Bailey and Oti Mabuse perform an American Smooth as they kicked-off proceedings on Saturday night’s episode of the BBC show. The duo remains one of the favourites to win and landed mid-table last night after scoring 25 points. And Bill was treated to a message from his number one fan, who joked about his dad “picking him something up from the garage”.

The pair’s routine was highly praised by the judges yet again as they storm their way through the competition.

But there was someone even more important to contestant Bill ready and waiting to deliver his thoughts on the duo.

Bill and Oti joined Claudia Winkleman up in her so-called ‘Clauditorium’ to debrief their routine before the latter revealed a surprise she had in store.

Claudia said: “Last week, we talked about your son and whether he was watching and this is the best message we have ever received.” 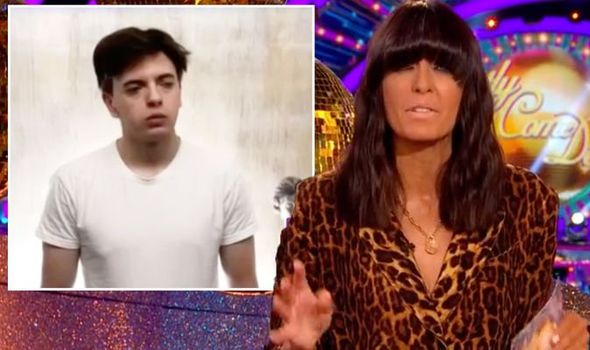 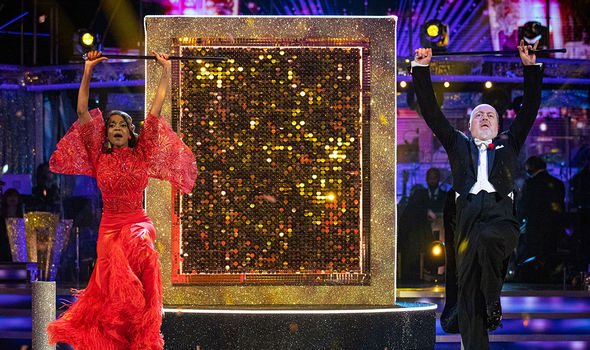 “Is it? Oh,” Bill quipped before Claudia handed over to the video-tape of Bill’s son Dax’s pre-recorded words of encouragement.

However, he soon threw in a cheeky dig, continuing: “Don’t know how you got this far considering you’re so clumsy.”

Someone in the background could be heard telling him: “Don’t say that!” 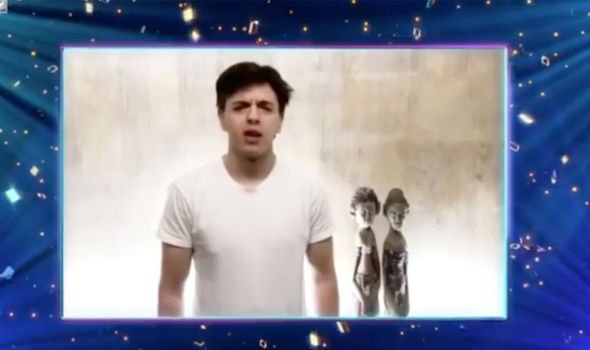 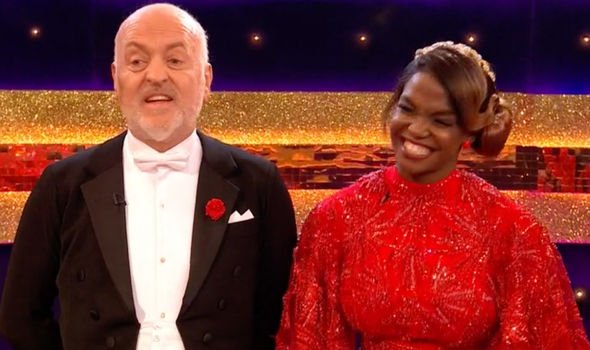 Adding further praise, Dax added: “But just do what you did last week. In all seriousness, we’re all proud of you. So go for it.”

“Oh, and bring us something back from the garage,” he concluded – leaving the comedian and his dance partner all-smiles

“Ah, typical,” Bill said to the host before they awaited their scores.

The duo ended up with a great set of scores once more after being awarded 25 points by the judging panel.

But of course, all eyes were on Bill’s son and fans soon took to Twitter to give their thoughts on the impromptu moment.

Many praised the teen for his “normality” after his unconventional display of affection.

One shared: “All the points to Bill’s can’t-be-a***d son, such a nice change from the never-ending parade of cheerleading family members #strictly #scd.”

“Bill Bailey’s son on Strictly… get me something from the garage – the best of 2020! #strictly,” said another.

A third commented: “Just when you think Bill can’t get better his son does the best video message ever. Winner. #Strictly.”

Speaking to his 670k Twitter followers, he joked: “Not sure anyone is going to beat Bill Bailey’s son tonight, it’s a 10 from us #SomethingFromTheGarage #Strictly.”

Strictly Come Dancing: The Results airs tonight at 7.25pm on BBC One.