It’s official at last – Bill S Preston Esq. and Ted ‘Theodore’ Logan are coming back together for an excellent reunion.

Alex Winter and Keanu Reeves will return to screens for Bill & Ted Face the Music, to give Bill & Ted 3 its formal title, as confirmed at the Cannes Film Festival.

Original Bill & Ted creators Chris Matheson and Ed Solomon are your screenwriters for this third instalment – reuniting Bill & Ted for the first time in 27 years – and Dean Parisot (known for movies including Galaxy Quest and RED 2) is in the director’s chair. 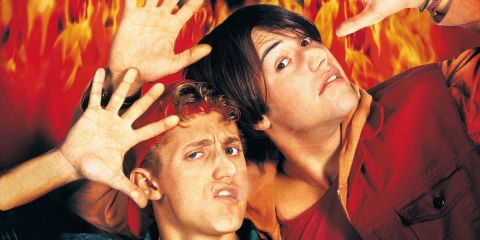 “We couldn’t be more excited to get the whole band back together again,” said Keanu and Alex. “Chris and Ed wrote an amazing script, and with Dean at the helm we’ve got a dream team!”

A lot’s changed since we last saw the time-travelling slackers and wannabe rock gods in 1991’s Bill & Ted’s Bogus Journey. 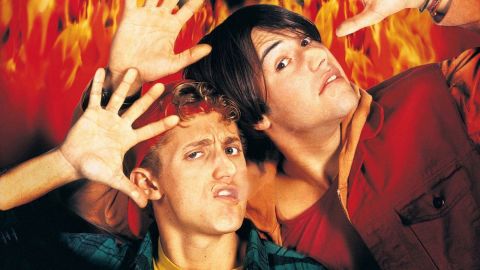 They’re still yet to pen the greatest song ever written, despite coming up with thousands of tunes, as family life and the responsibilities that come with adulthood distract them from their rock and roll dreams.

But as the fabric of time and space tears around them, Bill and Ted get a message from the future warning that their music – and only their music – can save the world. So it’s time for them to face up to their destiny, with a bit of help from their daughters and historical figures including a few bona fide music legends.

Speaking exclusively to Digital Spy earlier this year, Ed Solomon shared some details of Bill and Ted’s third (hopefully) excellent adventure, promising a story that will be “really fun, and funny, and sweet”.

“We have a script that we really are proud of, that we worked very hard on, that we’ve done many iterations of – and we did it on spec, meaning we spent years working on it because we wanted to get it right, creatively,” Ed told us. 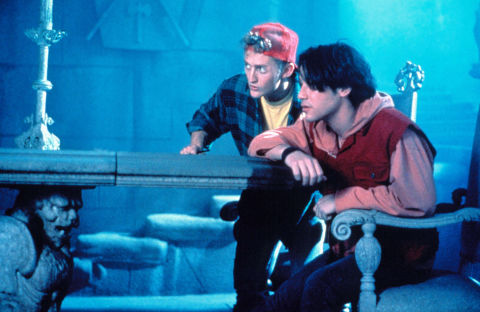 “This is not, ‘Hey let’s all cash-in on the Bill & Ted thing for money’ – this is the opposite. This is, ‘We love these characters, they’ve been with us for our whole lives’ – Chris and me, and Alex and Keanu – and we wanted to visit them again as middle-aged men.”

Adding that his and Chris’s vision for the characters comes from a place of “love and affection”, Ed revealed: “All of us really want to give the people who love Bill & Ted, and people who haven’t even discovered Bill & Ted yet, a movie that is worthy of their affection. And we’re trying!”

Bill & Ted Face the Music is now officially in pre-production, with BLOOM repping the film’s international sales at Cannes.

‘Spider-Man: Into The Spider-Verse’ Wins the Weekend Box Office!

Woman fighting cancer after ‘bloated’ stomach turned out to be tumours